Nasa Hataoka won the NW Arkansas Championship for the second time on Sunday, this time with a 16-under total, moving her into third on Japan's all-time LPGA Tour wins list with five.

The 22-year-old from Japan, who won her first career title on the U.S. tour in the same event in 2018, now ranks behind retired players Ayako Okamoto, who holds the record for wins with 17, and Ai Miyazato, who is second with nine.

Hataoka shot a 4-under 67 on the final day of the 54-hole event to finish at 16-under, one stroke better than Australia's Minjee Lee and South Korea's Ji Eun Hee. 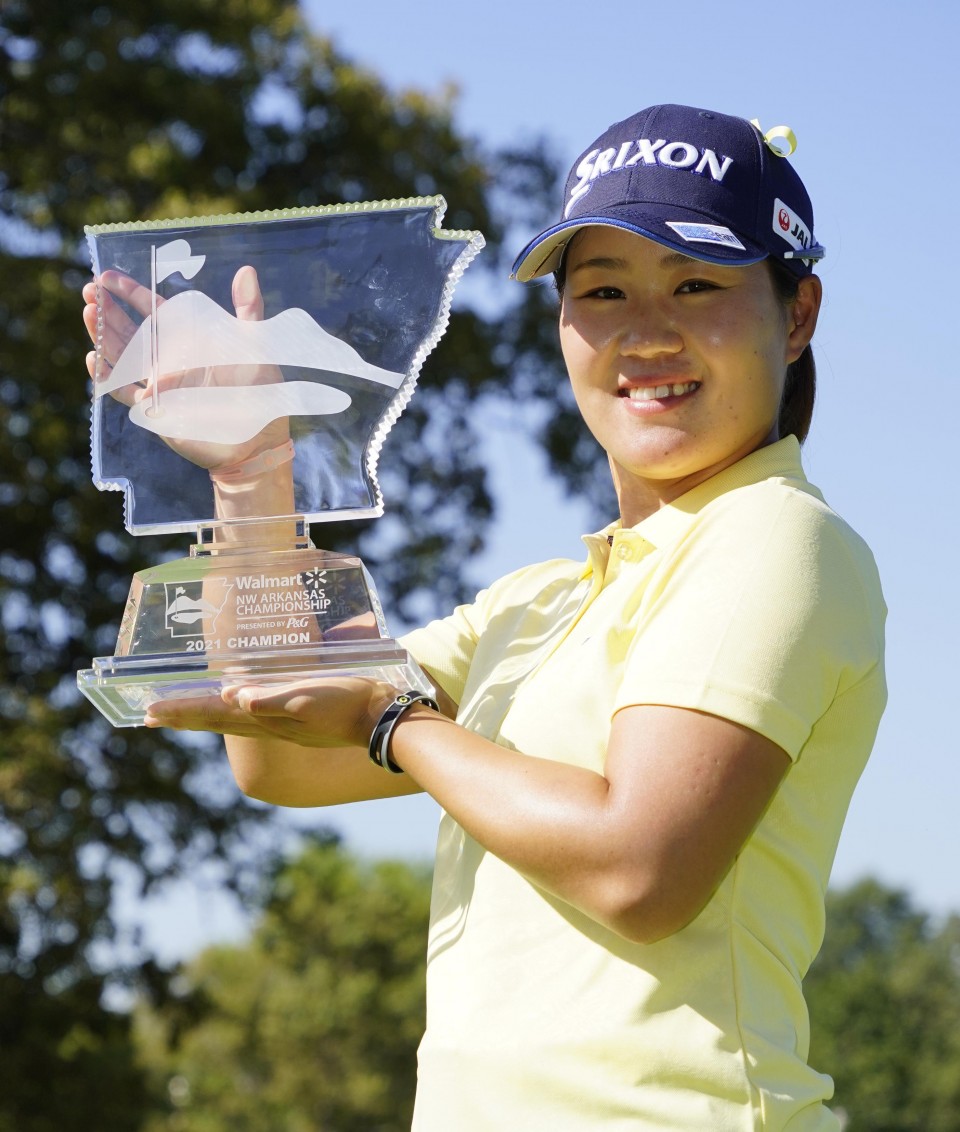 Hataoka's week at Pinnacle Country Club included a hole-in-one in each of the first two rounds and a nervy finish that saw her leave several shots on the course down the stretch as her putting touch deserted her.

"I'm really happy to have won twice on this memorable course," Hataoka said.

"This win was the most nervous that I've ever been. I three-putted the 18th green but every time I placed the ball down my hands were shaking. Winning here is a huge confidence boost." 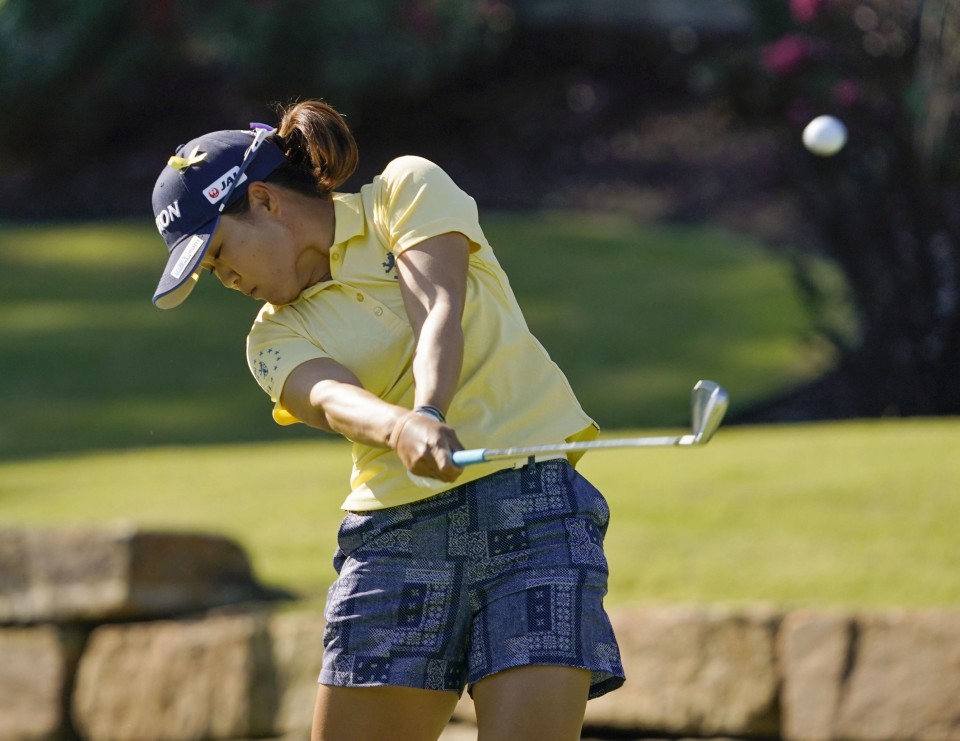 Japanese golfer Nasa Hataoka hits off the sixth tee during the final round of the NW Arkansas Championship at Pinnacle Country Club in Rogers, Arkansas, on Sept. 26, 2021. (Kyodo) ==Kyodo

"I want to work hard and try to win as many events remaining this season as possible."

After closing her front nine having carded four birdies, Hataoka made only one more on the back nine, as she left several makeable birdie putts short, while adding a bogey on the 13th.

Her struggles left an opportunity for others to make a charge, with Lee and Ji both making up multiple shots over the final five holes. 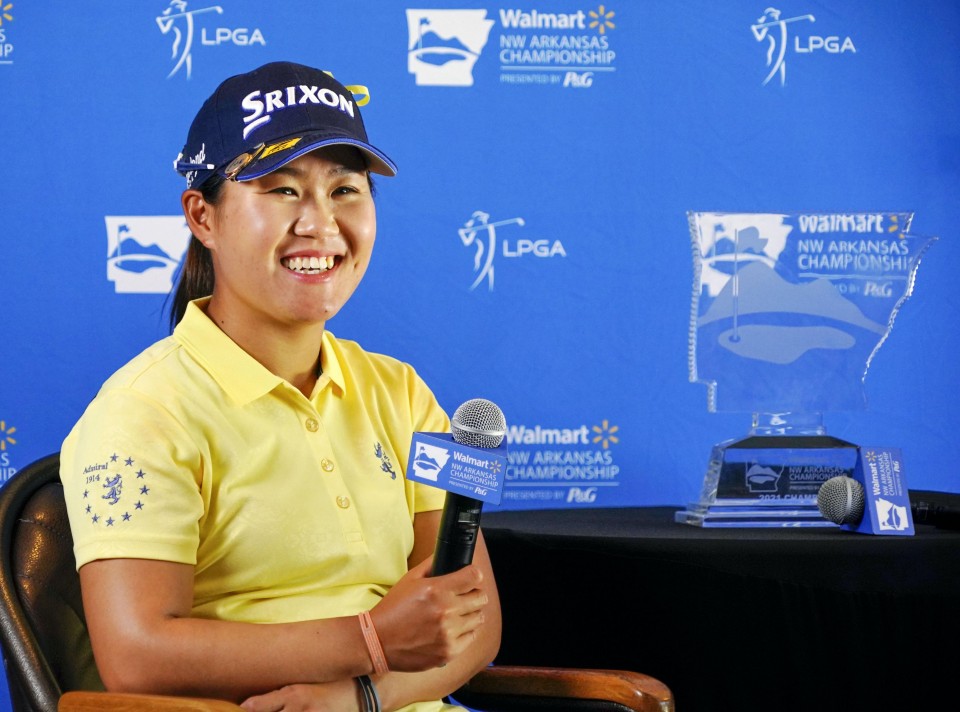 Lee's birdie at the 17th put her within one of Hataoka heading into the par-5 18th while Ji birdied the 18th to get to 15-under.

Had Hataoka missed her par putt on the 18th, she would have been faced with a three-woman playoff, but she saved par with a three-putt to secure her second victory this season.

Filipino-Japanese player Yuka Saso and U.S. player Danielle Kang each closed with a 65 to tie for fourth at 14-under.