While the four senior lawmakers called the Japan-U.S. alliance the cornerstone of their foreign policy, Kono urged Chinese President Xi Jinping's leadership not to pursue "expansionist" policies but to act as a player in the rules-based international order. 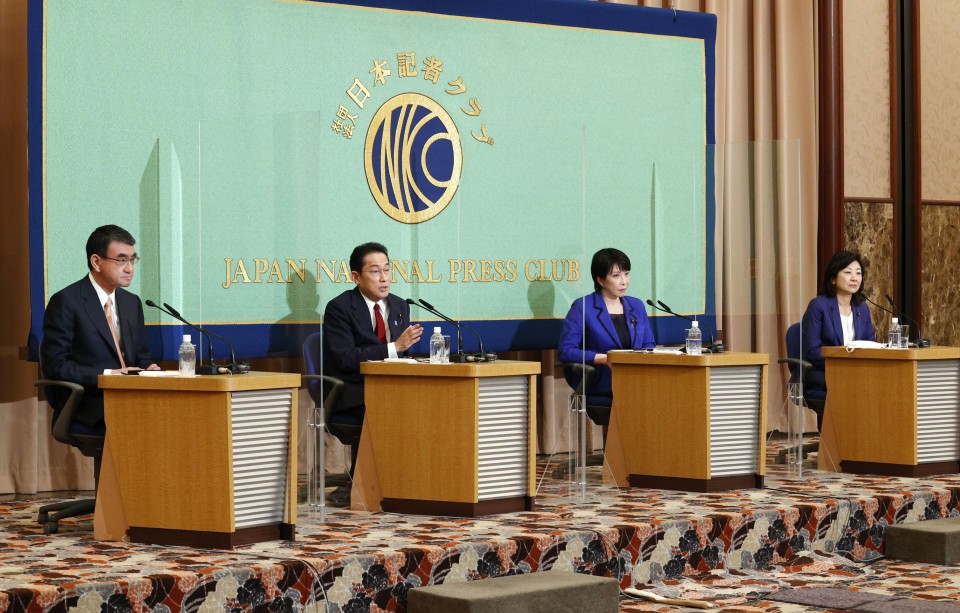 "Leaders (of Japan and China) should hold regular talks. It is important to ensure communication via talks between the governments," Kono told the event at the Japan National Press Club in Tokyo.

Kishida vowed to push China in coordination with other democracies to act appropriately to match its status as a major power, a policy in line with U.S. President Joe Biden's call for a multilateral approach in dealing with the country, which does not respect universal values such as democracy, human rights and the rule of law.

Asked what he would do if the United States asked Tokyo not send senior government officials for the 2022 Beijing Winter Olympics due to China's human rights record, Kishida said Japan would make its own decision, citing its geopolitical situation different from that of the United States and Europe.

Takaichi urged the government to be vigilant against a possible emergency situation in Taiwan -- which Beijing regards as a renegade province to take back by force if necessary -- and possess deterrence and response capabilities to be complemented by the alliance with Washington.

Noda sought to manage tensions between the United States and China, saying it would be an opportunity to make full use of Japan's postwar experience as a pacifist nation.

On North Korea, Kono and Kishida called for talks with leader Kim Jong Un in a bid to address nuclear and missile issues, as well as Pyongyang's abductions of Japanese nationals in the 1970s and 1980s. 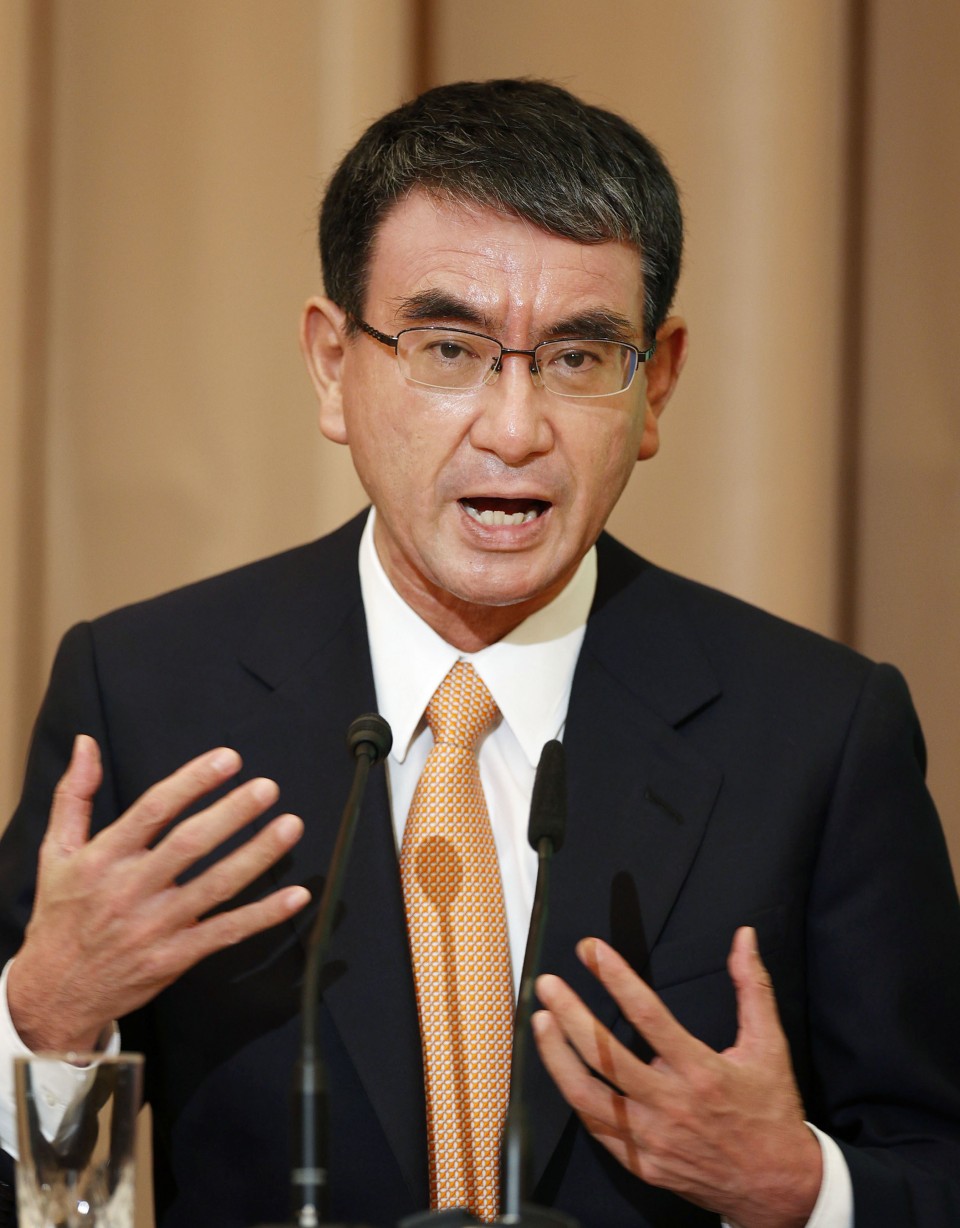 Such issues "can never be resolved without a summit meeting," Kono said. Kishida said Japan "should consider all possible measures including direct talks" with Kim so as to push forward stalled negotiations for the return of abduction victims.

Among other topics ranging from finance, social security, energy and the novel coronavirus, Noda suggested that Japan administer COVID-19 vaccines to children aged 11 and under.

The health ministry currently approves shots developed by Pfizer Inc. and Moderna Inc. for people aged 12 and higher. The vaccine created by AstraZeneca Plc is also available for ages 40 and up, and people allergic to the other shots.

Asked about the need for stronger restrictions to contain future COVID-19 outbreaks, Kono, currently vaccination minister, and Takaichi touched on the need for legislation to enable the government to impose citywide lockdowns as some other countries have done.

"We need to be ready to take strong steps to stop people from moving around when we truly need to," Kono said.

Takaichi pledged to invest in the development of Japan-made COVID-19 vaccines and treatments if she wins the party election.

Kishida reiterated his plan to draw up an economic package worth "tens of trillions of yen" to help people and businesses hit hard by the pandemic.

Kishida also said he would not raise the consumption tax from the current 10 percent for about 10 years.

Kono argued for "drastic" changes to the country's pension system to ensure younger generations do not get the short end of the stick.