Basketball: Hachimura to miss start of camp for personal reasons 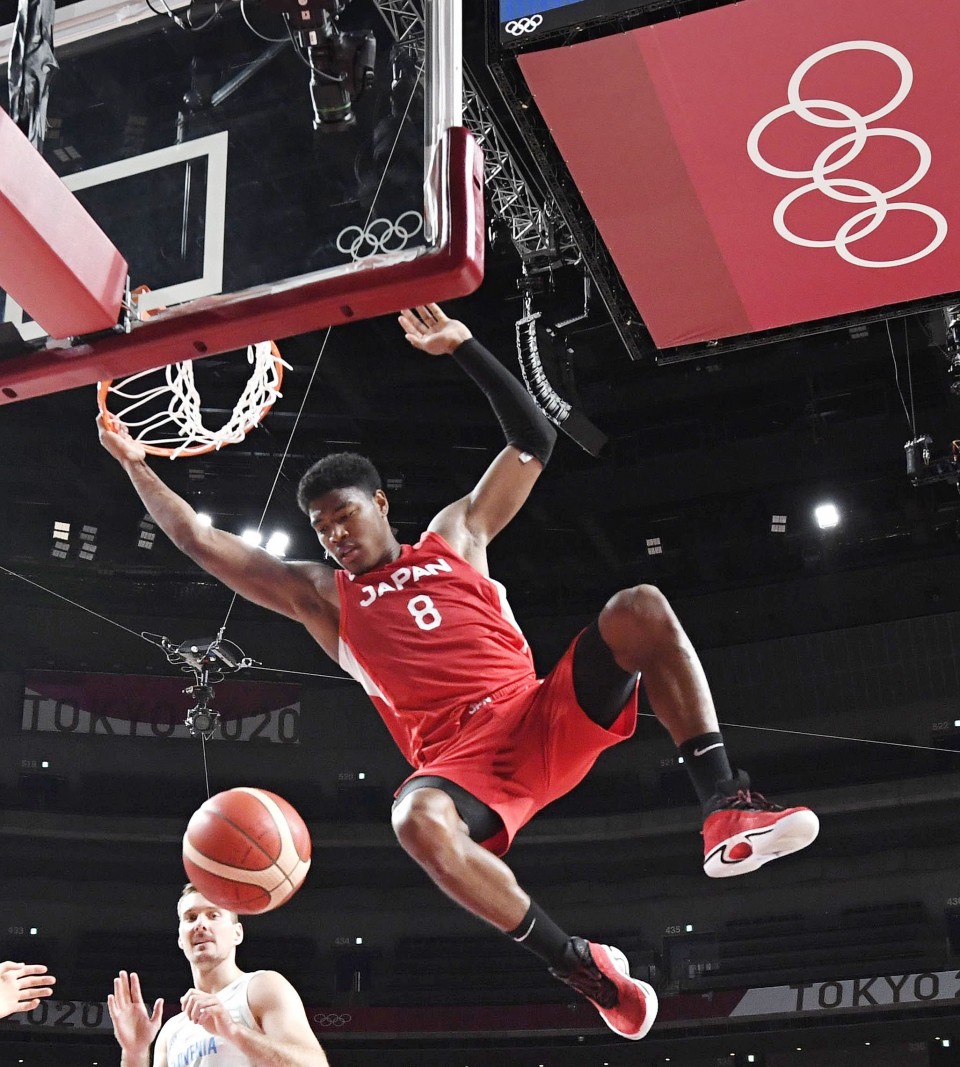 Rui Hachimura dunks the ball during the fourth quarter of Japan's basketball preliminary-round game against Slovenia at the Tokyo Olympics on July 29, 2021, at Saitama Super Arena near Tokyo. (Kyodo) ==Kyodo

The Wizards did not specify the reasons for his absence, but said Hachimura "has been excused and the team will provide further updates when appropriate."

Playing under new head coach Wes Unseld Jr., Washington will start preseason camp on Tuesday and wrap up on Oct. 5.

Hachimura averaged 13.8 points in 57 games for the Wizards last season and is expected to take on a bigger role in his third NBA season after leading the Japanese national team at the Tokyo Olympics.

The Wizards are scheduled to open the 2021-22 NBA season on the road against Hachimura's Japan teammate Yuta Watanabe and the Toronto Raptors on Oct. 20.