U.S. climate envoy John Kerry appears Wednesday to have urged China to step up measures to prevent global warming, as tensions between the world's two major powers have been intensifying over several economic and security matters.

In China's Tianjin, Kerry and his Chinese counterparts also seem to have exchanged views on environmental issues, ahead of the U.N. Climate Change Conference of the Parties, or COP26, scheduled to take place later this year in Britain. 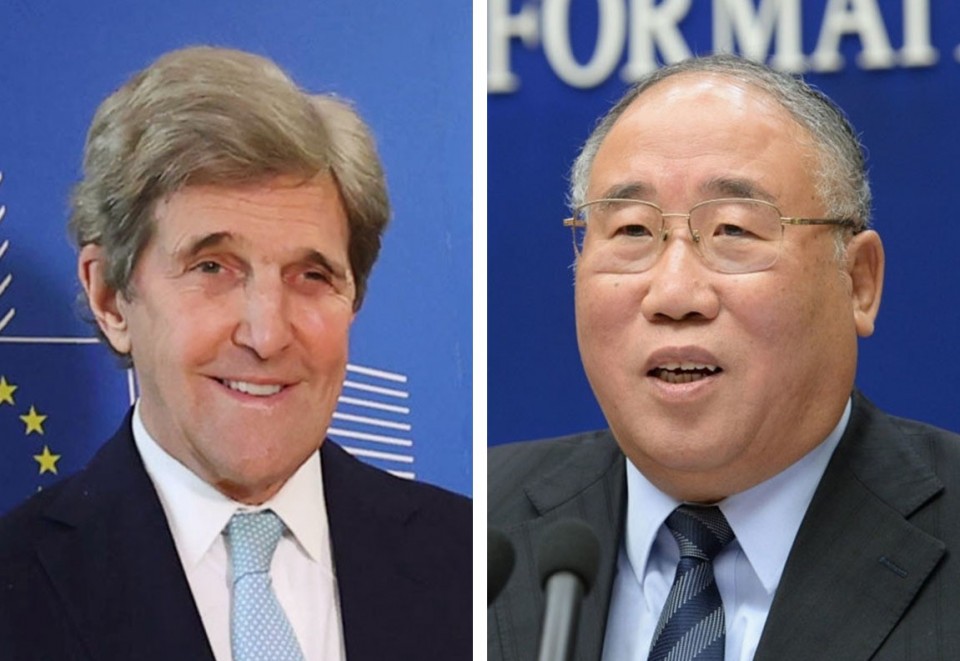 Kerry, who was secretary of state under former President Barack Obama, is slated to visit Tianjin through Friday. He is believed to have held talks Wednesday with Xie Zhenhua, special representative on climate affairs for China, the world's largest CO2 emitter.

Many other countries, meanwhile, have recently pledged to achieve net zero carbon emissions by 2050, including the United States, the second-biggest emitter of greenhouse gases.

In April 2021, Kerry made a trip to Shanghai and talked with Chinese officials, becoming the first senior official to visit China under the administration of U.S. President Joe Biden, who took office in January.