Taro Kono, the minister in charge of Japan's vaccination efforts, is set Friday to announce his bid to succeed Prime Minister Yoshihide Suga as leader of the ruling Liberal Democratic Party, people familiar with his thinking said Thursday.

The 58-year-old would be the third lawmaker to declare candidacy in the Sept. 29 race after former Foreign Minister Fumio Kishida and former communications minister Sanae Takaichi. 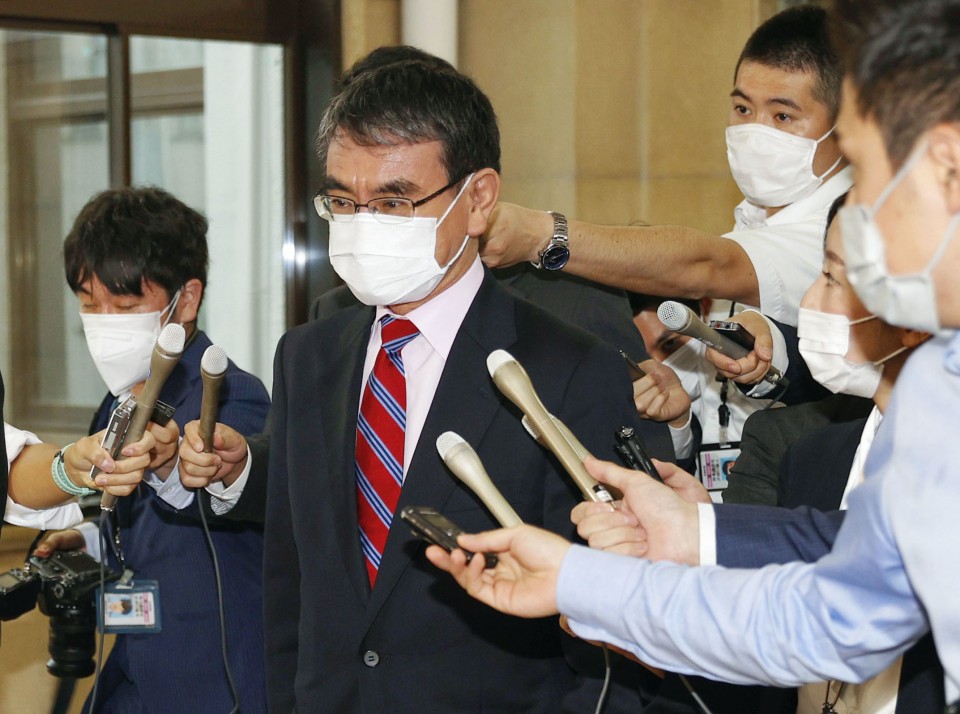 Japan's administrative reform minister Taro Kono (C), who is also in charge of COVID-19 vaccinations, is pictured in Tokyo on Sept. 9, 2021. (Kyodo)

Kono consistently places highly in opinion polls on who is most fit to become prime minister and had been eyeing a run since Suga abruptly announced his resignation last week amid mounting criticism over his COVID-19 response and declining public approval ratings.

On Thursday, Kono met with Finance Minister Taro Aso, who heads the LDP faction to which he belongs, to seek backing for his bid. 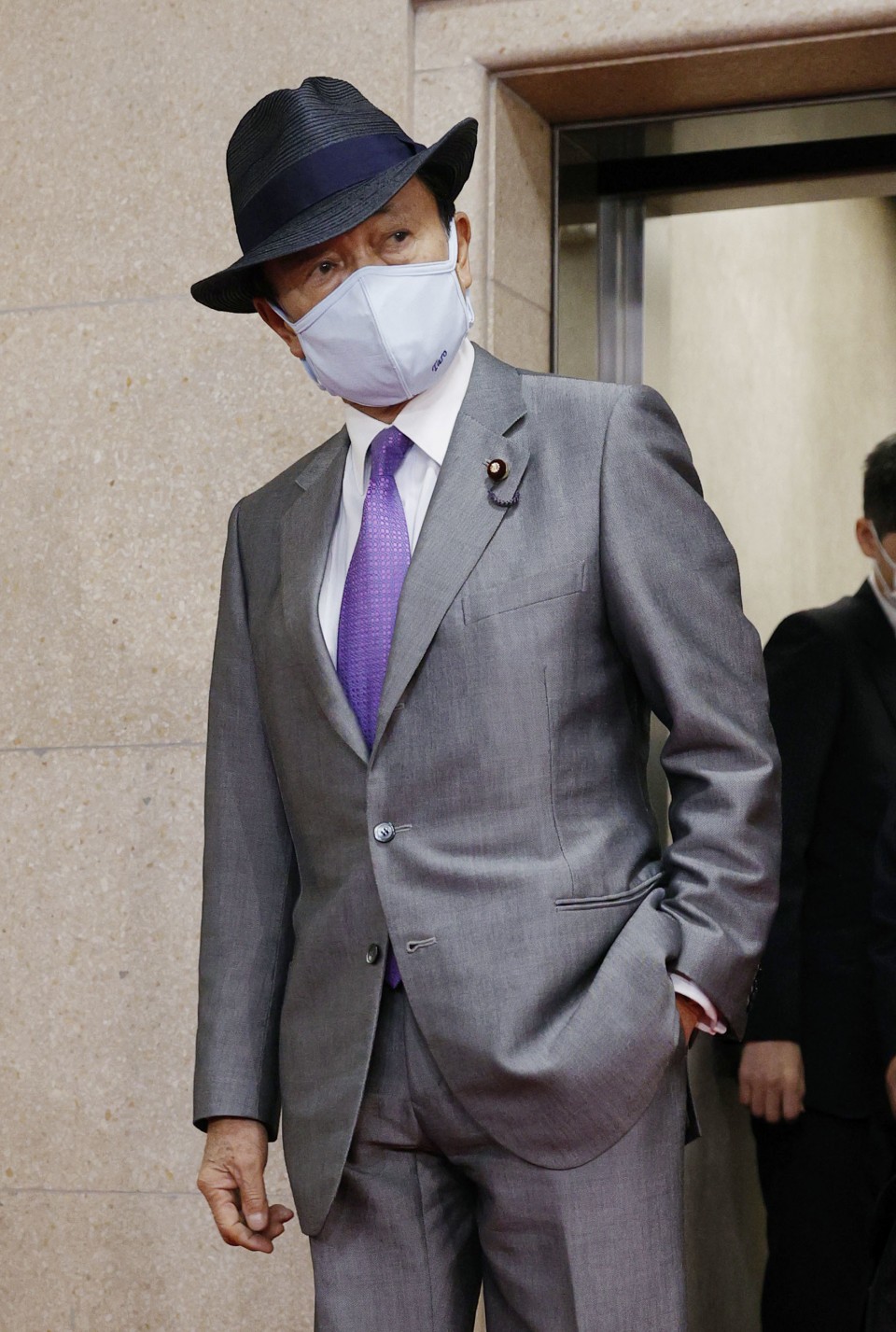 Japanese Finance Minister Taro Aso is pictured at the ministry in Tokyo on Sept. 9, 2021. (Kyodo) ==Kyodo

Kono's office said the same day that he plans to hold a press conference Friday afternoon on the LDP leadership race.

Under LDP rules, hopefuls are required to first gather 20 nominations from the party's members of parliament to stand in the presidential race, which will effectively decide the next prime minister as the party controls the powerful lower house of the Diet.

Born in Kanagawa Prefecture to a prominent political family, Kono graduated from Georgetown University in the United States and worked in the private sector before successfully running for the House of Representatives in 1996.

Kono, who doubles as administrative reform minister, has served in a number of other Cabinet posts including chairman of the National Public Safety Commission, foreign minister and defense minister.

Considered a reform-minded maverick within the conservative LDP, Kono in the past has gone against the party's mainstream by calling for Japan to make a break from nuclear energy and allowing descendants in matrilineal lines to ascend the Chrysanthemum Throne.

Because of this, some veteran members of the Aso faction are cautious about supporting his bid. None of the other major factions have endorsed a candidate either, with the exception of one headed by Kishida, and it is increasingly looking like votes will be cast on an individual basis.

It would be Kono's second attempt to become LDP leader, having failed in 2009 after the party was ousted from power in a humiliating defeat in that year's general election.

Meanwhile, LDP policy chief Hakubun Shimomura and Foreign Minister Toshimitsu Motegi both said Thursday they will not run, raising the chances of a three-way contest between Kono, Kishida and Takaichi when campaigning starts Sept. 17.

Asked at a press conference who he favors, Suga said he will decide when campaigning starts Sept. 17 and the candidates are locked in. He also said he will run in this fall's general election to retain his seat in the House of Representatives.

Former Defense Minister Shigeru Ishiba has said he is still considering whether to enter the fray, while some people close to him see his chances of winning as slim and are pushing for him to back Kono instead.

Ishiba has unsuccessfully run for LDP leader four times before, most recently coming in third behind Suga and Kishida last September.