Suga condemned the launches as violating U.N. Security Council resolutions banning North Korea from testing ballistic missile and nuclear technology, while Phuc replied that the resolutions should be obeyed, the ministry said. 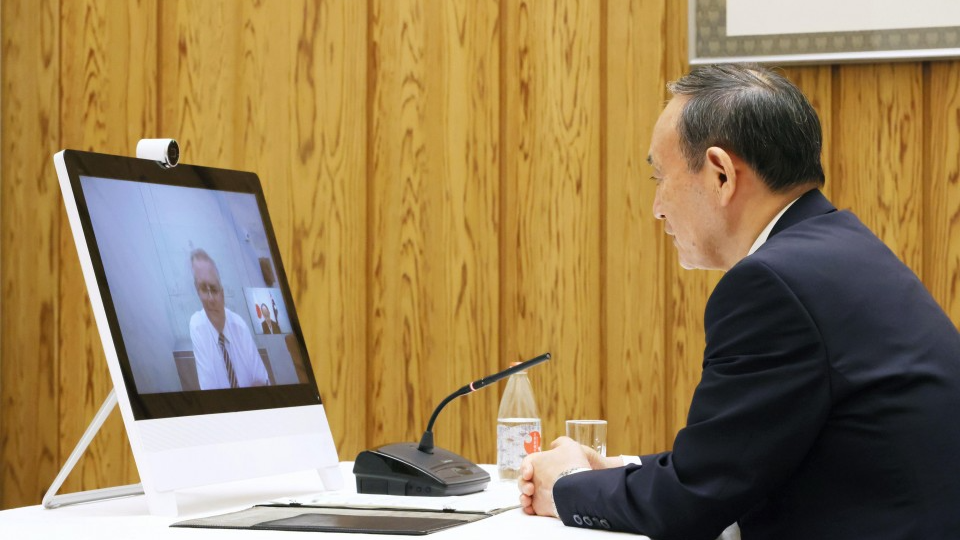 Suga also held a video call with Australian Prime Minister Scott Morrison in which they affirmed cooperation between their countries in dealing with North Korea. The two leaders are slated to participate in a summit with U.S. President Joe Biden and Indian Prime Minister Narendra Modi next week in Washington.

Suga and Phuc agreed that Japan and Vietnam will continue to work closely on security issues after signing a deal earlier this month enabling exports of Japanese-made defense equipment and technology to the Southeast Asian country.

Phuc also congratulated Suga on successfully hosting the Tokyo Olympics and Paralympics and expressed gratitude for Japan's donation of nearly 3.6 million doses of COVID-19 vaccine to Vietnam, the ministry said.

The 20-minute phone call was held at the request of Vietnam following Suga's announcement of his intention to resign at the end of this month.

Suga, who visited Vietnam and Indonesia last October on his first overseas trip after taking office, thanked Phuc, then prime minister, for his hospitality.