Japan's financial regulators plan to issue a business improvement order to Mizuho Financial Group Inc. and its banking arm Mizuho Bank over a string of system failures this year, sources familiar with the matter said Tuesday.

The Financial Services Agency will request that Mizuho submit a work plan for system maintenance and updating, in a rare move to effectively oversee the system of a megabank, the sources said. 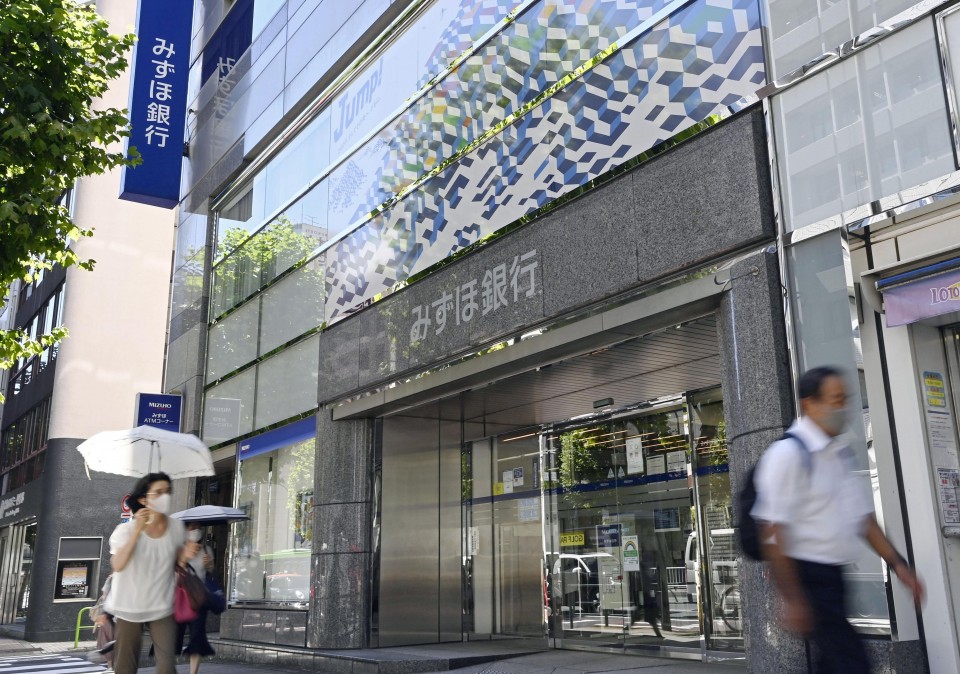 An outlet of Mizuho Bank is pictured in Tokyo's Shimbashi area on Aug. 20, 2021. Mizuho Bank suffered system failures the same day that prevented branch counters across Japan from conducting transactions, such as deposits, withdrawals and transfers. (Kyodo) ==Kyodo

The move is aimed at preventing further system failures and instability at other financial systems, as well as allaying the concerns of clients.

It is extremely rare for the FSA to take such supervisory action against a major bank.

The administrative measure comes after seven system failures have occurred at Mizuho Bank this year, with the latest disrupting about 100 automated teller machines on Sept. 8.

Mizuho has yet to get to the bottom of the series of failures.