An Afghan pair who managed to make it to the Tokyo Paralympics despite the confusion arising from the Taliban's return to power have been granted humanitarian visas by Australia, a lawyer involved in their evacuation said Wednesday.

Alison Battisson of Human Rights for All stressed, however, that the two, female Taekwondo athlete Zakia Khudadadi and Hossain Rasouli, who competed in the men's long jump this week, "need to be given the space to decide what they want to do" after the world's largest sporting event for people with disabilities is over. 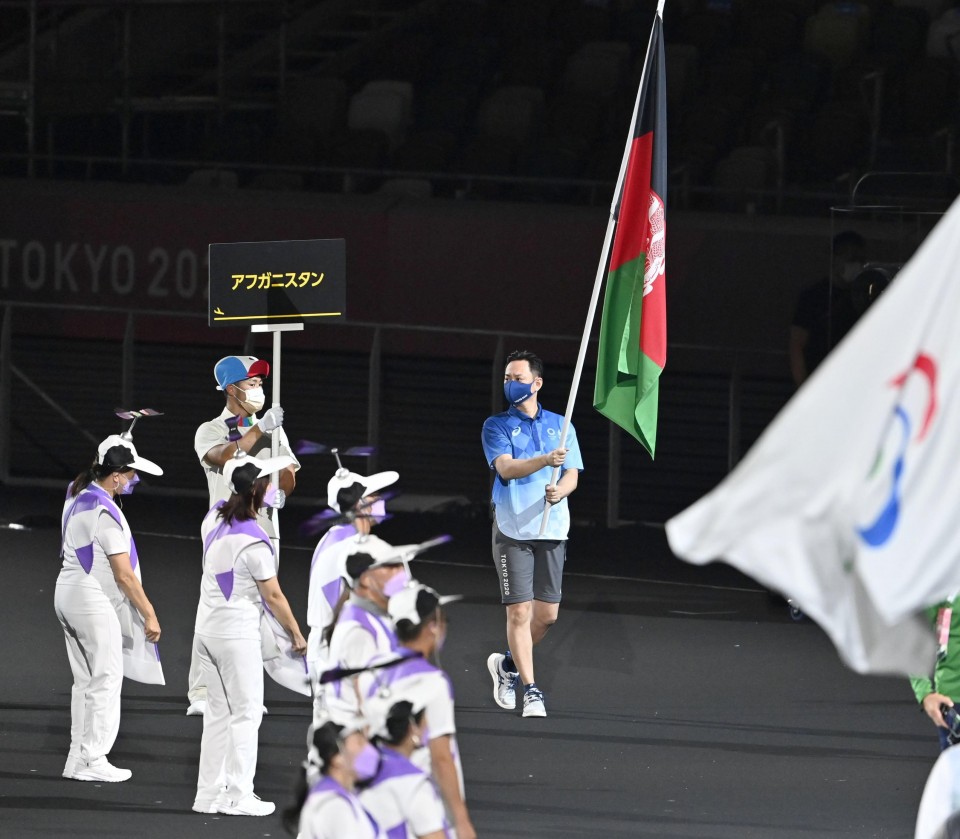 A volunteer carries the Afghanistan flag during the opening ceremony of the Tokyo Paralympics at the National Stadium in Tokyo on Aug. 24, 2021. (Kyodo) ==Kyodo

Khudadadi and Rasouli arrived in Tokyo on Saturday after a global operation successfully evacuated the pair from the capital Kabul, which is now under Taliban control.

Battisson was involved in the efforts to evacuate the pair, alongside dozens of other athletes and their dependents.

"Australia has granted them visas, but this was all done in such an incredible rush that they need the breathing space to decide what's best for them." she said.

Craig Foster, the former captain of the Australian national soccer team and refugee advocate who was involved in the rescue, told Australia's Nine News on Sunday that their final destination is not yet known. However, he extended his thanks to Foreign Minister Marise Payne and other politicians for doing an "extraordinary job."

A spokesperson for the Department of Home Affairs said by email on Tuesday that while the department cannot comment on individual cases, Australia has committed to take 3,000 Afghans initially under the country's humanitarian program.

Particular priority will be given to persecuted minorities, women and children and those who have family links to Australia, according to the official.

The Afghan pair had been in the French capital Paris for about a week following their evacuation.