Biden declares vaccine mandate for two-thirds of workers in U.S.

U.S. President Joe Biden on Thursday announced sweeping coronavirus vaccination requirements that would cover two-thirds of all workers in the country, including a plan targeting businesses with more than 100 employees.

Air travelers, meanwhile, would face tougher punishments for violating the current federal mask mandate, with the government announcing a fine of up to $3,000, effective Friday.

The announcement came as the United States continues to see what the government calls "a pandemic of the unvaccinated" amid the spread of the highly contagious Delta variant of the virus. Concerns linger that the surge in cases may impede the recovery of the world's largest economy. 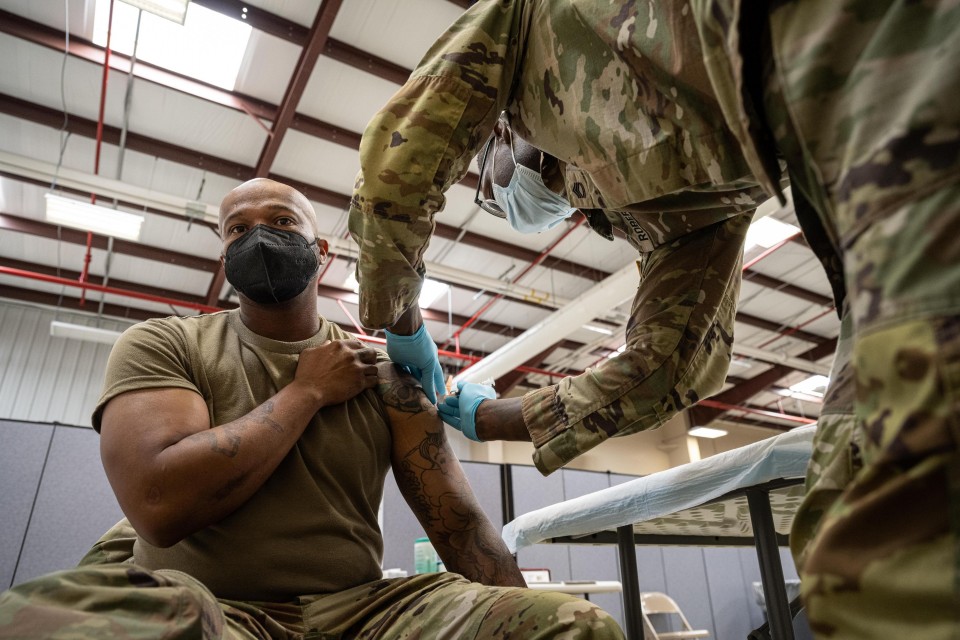 "We're in a tough stretch and it could last for a while," Biden said at the White House. "We still have nearly 80 million Americans who have failed to get the shot."

Under the action plan to overcome the pandemic, the Labor Department is developing a rule that will require all employers with 100 or more employees to ensure their workforce is fully vaccinated, or mandate unvaccinated workers to be tested weekly.

The move is expected to affect 80 million workers in private-sector businesses.

Biden also signed an executive order compelling all federal employees to get vaccinated, while requiring vaccinations for millions of employees of contractors that do business with the federal government.

The action plan will also mandate inoculations of over 17 million health care workers at hospitals and elsewhere.

The tougher vaccination requirements in total will cover about 100 million workers, or two-thirds of all workers in the United States, a senior administration official said.

For those who do not comply with the existing mask-wearing requirement in airports and on certain modes of public transportation, including on many airplanes, trains and intercity bus, fines will be doubled, according to the plan.

The Department of Homeland Security said in a separate press release that the new range of penalties will be between $500 and $1,000 for first offenders and between $1,000 and $3,000 for second offenders.

The action plan also called on large entertainment venues such as sports arenas and concert halls to require proof of vaccination or a negative test result for entry.

In the United States, about 75 percent of adults have received at least one vaccine dose, according to data provided by the Centers for Disease Control and Prevention.

Biden has expressed his frustration over the persistent reluctance among some people to be inoculated despite what he calls an "unprecedented and successful" program that has provided safe vaccines for free in numerous locations.

Those who choose not to get vaccinated despite their eligibility can "cause a lot of damage" such as by overcrowding hospitals and overrunning intensive care units, he warned.

"This is not about freedom or personal choice. It's about protecting yourself and those around you," he said.