Thailand's novelist Wimol Siripaiboon, who wrote renowned novel "Khu Kam" about a romance between a Thai woman and a Japanese soldier during World War II, died Monday at the age of 85, according to a statement posted on her Facebook page. 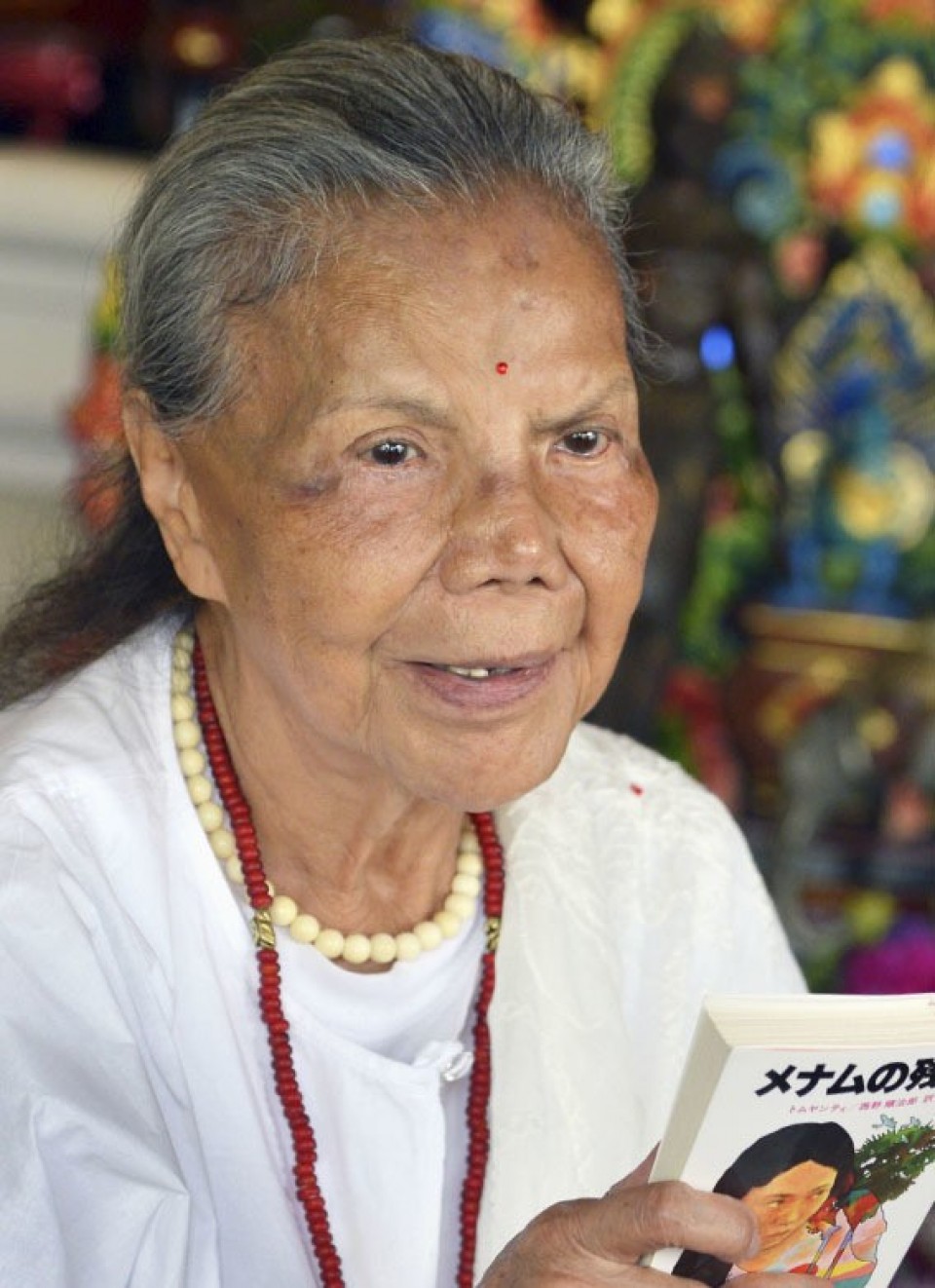 The late Thai novelist Wimol Siripaiboon, who used the pen name Thommayanti and was known for her novel "Khu Kam," shown in a file photo taken in March 2018. (Kyodo)

The brief statement said Wimol, who used the pen name Thommayanti, died peacefully in the morning in the northern province of Chiang Mai. The family sought privacy and no further details were provided.

Wimol wrote a number of novels under several pen names, but Khu Kam was her most famous one.

Also known as Sunset at Chaophraya, the novel covers a period during World War II after Japan invaded Southeast Asia including Thailand.

It begins with a nationalist Thai woman named "Angsumalin" harboring hatred toward the Japanese soldier "Kobori." Later in the novel, heartbreaking love develops between the two.

Khu Kam was also translated into Japanese under the title Menam no Zansho.

The romance novel, published as a complete work in 1969, has been adapted into soap operas, movies and musicals as it is all-time favorite among Thai fans.