Japanese Prime Minister Yoshihide Suga said Friday he has been impressed by the performances of athletes "overcoming difficulties" and competing at the Tokyo Paralympics, voicing hope to continue promoting the spirit of "barrier free." 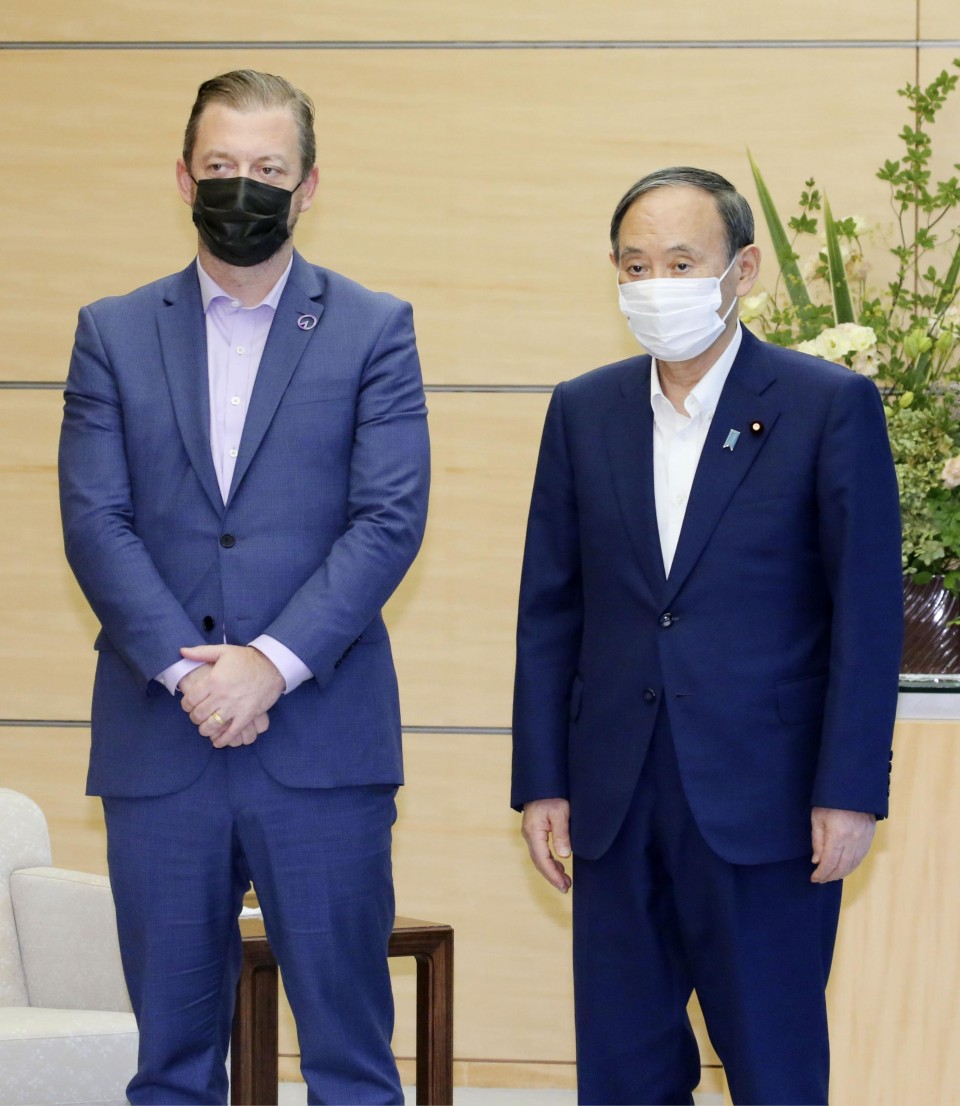 Suga made the remarks in a meeting with International Paralympic Committee President Andrew Parsons, which was held about an hour after the premier told the press that he will not run for re-election as head of the governing Liberal Democratic Party later this month, paving the way for a new Japanese leader after just one year in office.

Suga said the Olympics and Paralympics have had the "power to unite the hearts of people around the world" and the two agreed on the success of the Tokyo Games, according to the Japanese government.

Parsons is quoted as saying the games have been the best-ever and thanking Japan for its cooperation in staging the Paralympics to encourage the world's 1.2 billion people who have some form of disability.

Starting about a month after the Olympics, the 13-day Paralympics will wrap up on Sunday.

While Suga has been under criticism for his government's coronavirus response, the Tokyo Games, delayed for one year due to the pandemic, have been held mostly behind closed doors.