Lone yokozuna Terunofuji outwrestled rising No. 3 maegashira Kotonowaka on Saturday to finish the Autumn Grand Sumo Tournament's first week as the outright leader and only competitor with a perfect 7-0 record.

The newly promoted grand champion displayed his outstanding strength and tactical acumen as he forced talented youngster Kotonowaka out of the ring in the final bout of Day 7 at Ryogoku Kokugikan. 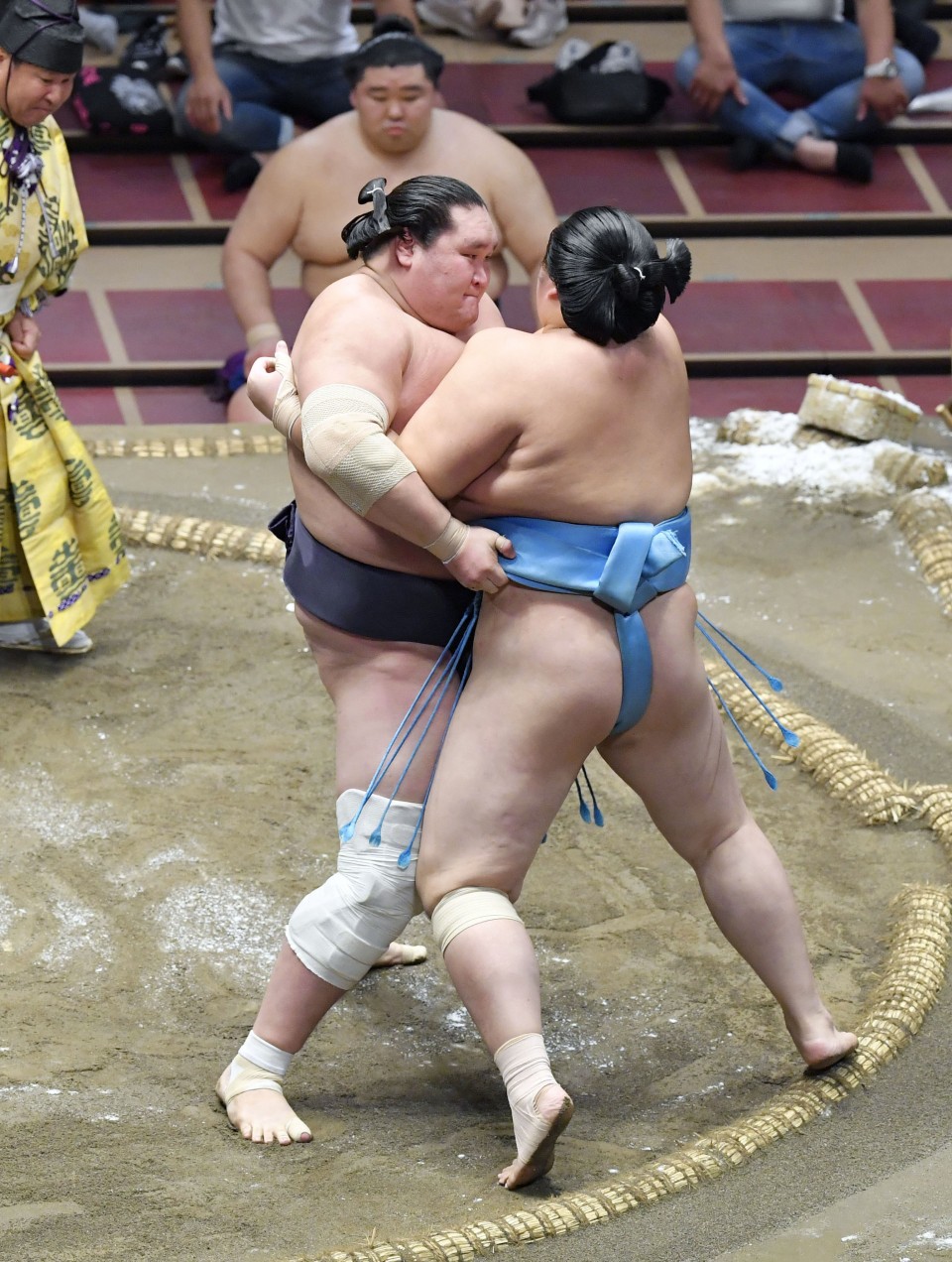 Having kept the maegashira off his belt at the jump, Terunofuji allowed the powerfully built Kotonowaka (2-5) to establish an inside grip before locking both of his arms and maneuvering him over the edge.

With fellow Mongolian-born grand champion Hakuho sidelined after two of his stablemates tested positive for COVID-19, Terunofuji's prospects for a fifth Emperor's Cup have been further helped by the lackluster form of wrestlers in the three "sanyaku" ranks below yokozuna.

Starting the day one win behind Terunofuji, sekiwake Mitakeumi (5-2) dropped off the pace with a force-out loss to giant komusubi Ichinojo (3-4).

The two-time grand tournament winner came in too high against the 190-centimer, 208-kilogram Ichinojo, who used his massive frame to drive his opponent out backwards.

Effectively out of the title race, demotion-threatened "kadoban" ozeki Takakeisho (3-4) earned his third win from the past four days by pushing down dangerous No. 3 Wakatakakage.

Needing at least eight wins at the 15-day tournament to remain in the sumo's second-highest rank, Takakeisho gave his most convincing performance so far, shoving former komusubi Wakatakakage (3-4) to the sandy surface before he had a chance to mount an attack.

Ozeki Shodai advanced to 5-2 by blowing away No. 4 Tamawashi, who upset Takekeisho the previous day.

The ozeki established an inside position from the opening charge and forced Tamawashi (3-4) straight back and out.

New sekiwake Meisei (3-4) earned his third win in what has been a rough start at sumo's third-highest rank, thrusting down winless No. 5 Chiyoshoma (0-7).

Struggling komusubi Takayasu (3-4) tallied his third straight victory since snapping a four-match losing streak on Thursday, when No. 1 Hoshoryu (1-4-2) forfeited their scheduled bout due to illness.

The former ozeki won convincingly against No. 1 Takanosho (3-4), knocking him backward at the jump and shoving him to the clay.