A prominent pro-democracy group in Hong Kong known for its yearly vigil commemorating the 1989 Tiananmen Square crackdown voted Saturday to disband after its leaders were arrested under the national security law, local media reported.

Core members of the Hong Kong Alliance in Support of Patriotic Democratic Movements of China voted 41-4 at an emergency general meeting to officially end the group's 32-year-run, according to the media reports. 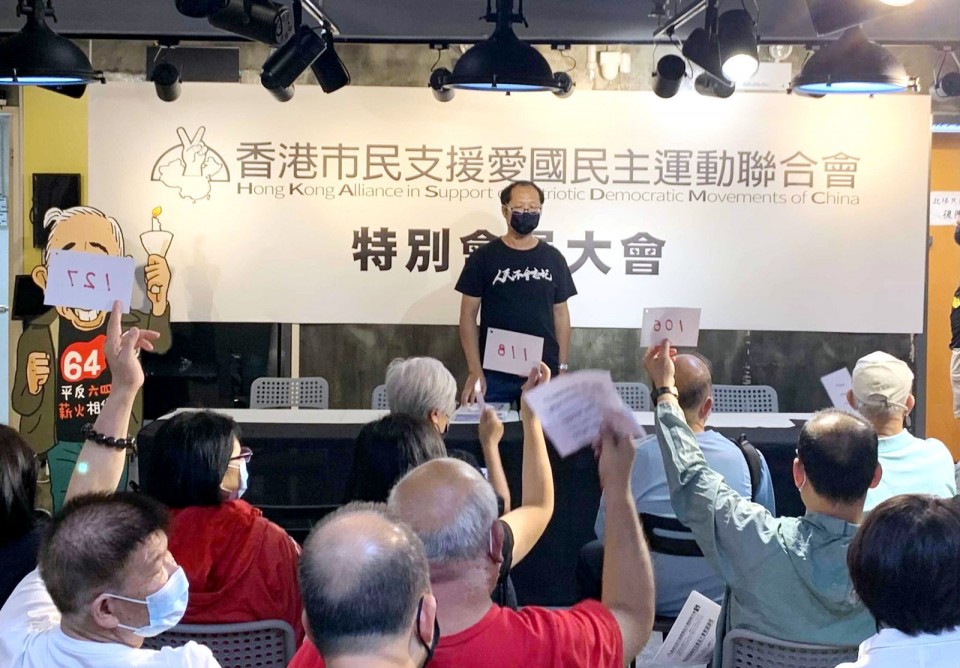 The alliance's standing committee had passed a resolution to disband in August, citing mounting suppression from authorities as Beijing continues its efforts to crack down on dissent in Hong Kong.

Earlier this month, the group's vice chairwoman, Tonyee Chow, and two other senior figures were arrested on charges of inciting subversion of state power under the national security law, a crime punishable by up to 10 years in prison.

The group also deleted its publications on the internet last week after receiving a police order that said it must take down all online content.

The alliance is the latest pro-democracy organization to fold amid an intensifying crackdown under the sweeping national security law, which criminalizes acts of secession, subversion, terrorism and collusion with foreign forces.

On Friday, another pro-democracy group, Student Politicism, announced its disbandment after four members were charged with conspiracy to incite subversion.