The Taliban has pledged to respect women's rights and allow access for humanitarian aid to the people of Afghanistan in written commitments with a U.N. relief office, but the international community needs to monitor whether the Islamist group will keep its word, the head of the office said.

In an exclusive interview with Kyodo News on Tuesday, Martin Griffiths, head of the U.N. Office for the Coordination of Humanitarian Affairs, revealed that the Taliban agreed "not to interfere with" humanitarian operations, including recruitment of female staff, when they held talks in early August in Kabul. 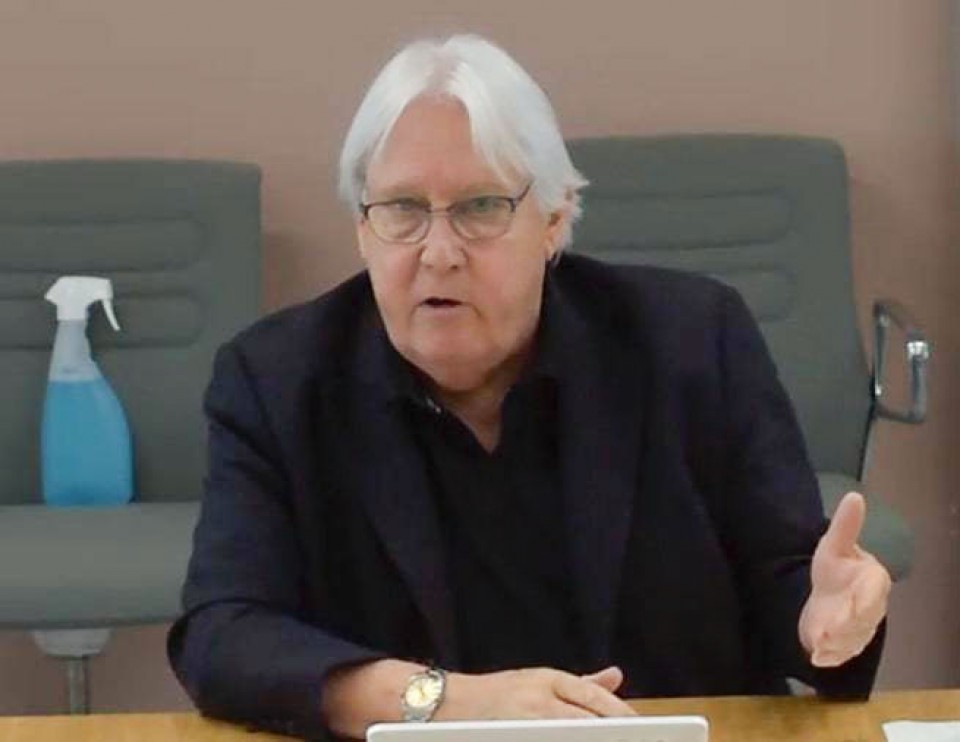 Screenshot image shows Martin Griffiths, head of the U.N. Office for the Coordination of Humanitarian Affairs, speaking in an online interview with Kyodo News on Sept. 14, 2021. (Kyodo)

"We need men and women to operate freely. We need to have humanitarian offices (with) no military forces going in from the Taliban," he said, referring to humanitarian efforts in the war-torn country.

As for women's rights, Griffiths said he brought up the issue in talks with the Taliban and the group promised to respect them "in the light of religion and culture."

In order to make international relief missions work smoothly, Griffiths said Afghanistan needs to improve infrastructure such as roads, while noting huge challenges lie ahead to ensure basic daily services such as education and health care in the country.

"The banks in Afghanistan need to open so that people can get access to their savings. So that agencies can operate by paying their staff, paying for gasoline and so forth," he said.

In a U.N.-hosted ministerial conference in Geneva on Monday, participant countries pledged more than $1.2 billion for humanitarian assistance in Afghanistan, including $65 million from Japan.

Hailing Japan as "one of the very few large, consistent, dependable donors," Griffiths encouraged the country to "continue to engage on humanitarian issues" in Afghanistan and elsewhere.

The Taliban seized control of Afghanistan last month as U.S. military forces withdrew from the country, prompting concerns that the Islamist group may infringe on the human rights of women and refuse to cooperate with the United Nations and other organizations seeking to offer humanitarian aid.