Mami Tani, who also served as an ambassador for Tokyo's Olympic and Paralympic bid team, posted the picture on her Twitter account with a message "everyone is unique, everyone is great," drawing about 28,000 likes. 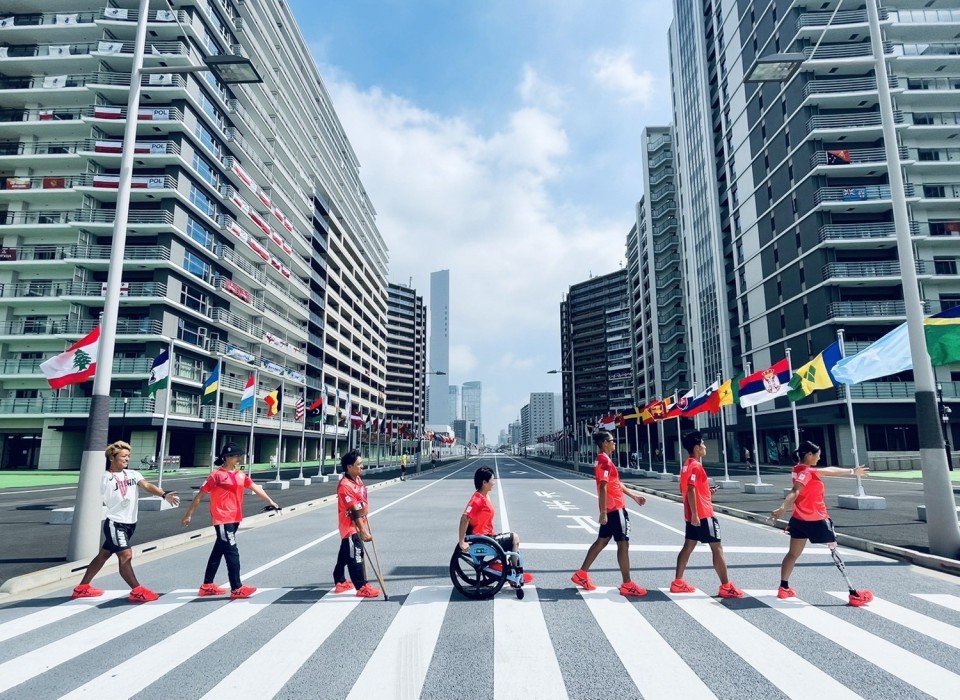 The photo captures seven Japanese triathletes walking across a crosswalk in the athletes' village, an image reminiscent of the iconic photograph of the four Beatles on the cover of their 1969 masterpiece. Tani, 39, said she was inspired by the cover when setting up the shot.

The photo spot was also popular with athletes during the Olympic Games.

The photo was taken on Aug. 30, a day after triathlon events concluded at the Tokyo Paralympics.

"I will award my personal gold medal to this," one reply to the tweet read, and another person asked, "Can someone make a poster out of this?"

"I wish this kind of scene becomes normal in society as people's interest and curiosity about diversity deepens even just a little due to these Paralympics," Tani said.

Paralympics: Badminton history for Satomi as Kunieda gets his gold