The consortium of the U.S. resort operator and the Japanese financial services company is planning an initial investment of about 1.08 trillion yen ($9.7 billion) to open a casino complex in Osaka Bay in the late 2020s if selected as one of three integrated resort locations where the Japanese government plans to grant permits. 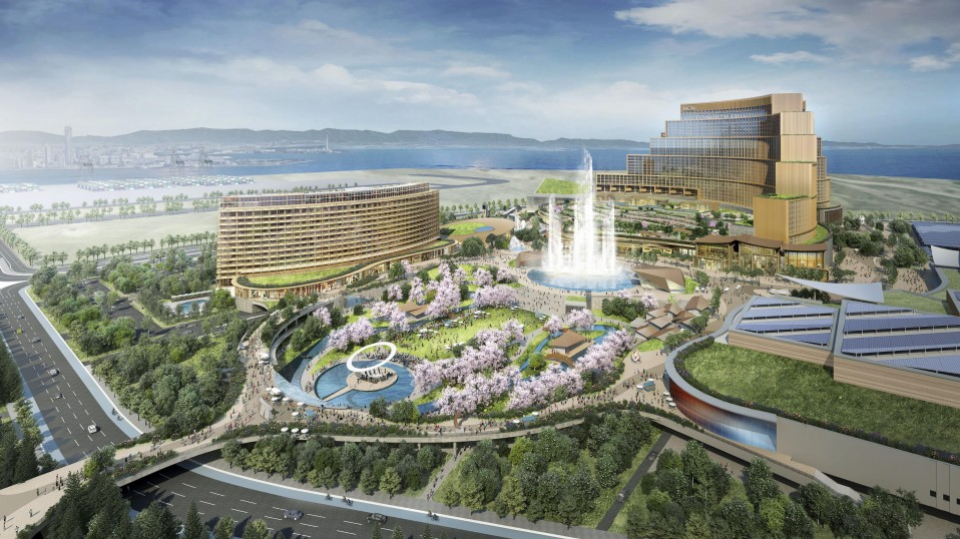 An artist's rendition of an integrated casino complex. (Courtesy of MGM Resorts International and Orix Corp.)(Kyodo)

The prefecture and the city plan to apply for hosting a casino resort next spring after gaining approval at their assemblies.

The consortium was the only bidder for the Osaka project. It is hoped that the planned world-class hotel and facilities will help promote tourism in the Kansai region in western Japan.

Global casino operators have been looking to Japan for expansion opportunities ever since the government legalized casinos in 2018 to boost tourism. Japan postponed plans to accept formal applications from municipalities vying to host so-called integrated resorts due to the impact of the coronavirus pandemic.

The application period, originally scheduled from January this year, is now slated to begin in October. Local governments are required to hold an open tender process to select a private-sector partner for the bid.

Osaka Prefecture sees the Marina Bay Sands casino resort, established in Singapore with an investment of 500 billion yen, as a potential major competitor.

Yoshimura said at a press conference that the prefecture and the city will aim to create a "world's best growth-oriented integrated resort," adding that the planned investment amount for the Osaka resort plan is "very ambitious and aggressive."

The Osaka casino resort is expected to attract about 20.5 million domestic and foreign visitors a year, and the economic ripple effect is estimated at more than 760 billion yen a year.

Yokohama, near Tokyo and the second-largest city in Japan by population, withdrew its bid due to local concerns about gambling addiction and the deterioration of public safety.

Hokkaido had been studying a plan to set up a casino in Tomakomai, close to New Chitose airport, but in 2019 the governor said the prefecture would not pursue an immediate bid due to local concerns about the environmental impact.