The International Atomic Energy Agency plans to send a team of experts to a crippled nuclear power plant in Fukushima Prefecture in December to assess Japan's plan to discharge treated radioactive water into the sea, an IAEA official said Thursday.

The mission comes as China and South Korea, as well as local fishing communities, have expressed objections to the release of such water that has been accumulating at the Fukushima Daiichi complex since a massive earthquake and tsunami hit northeastern Japan in 2011, citing its impact to the environment. 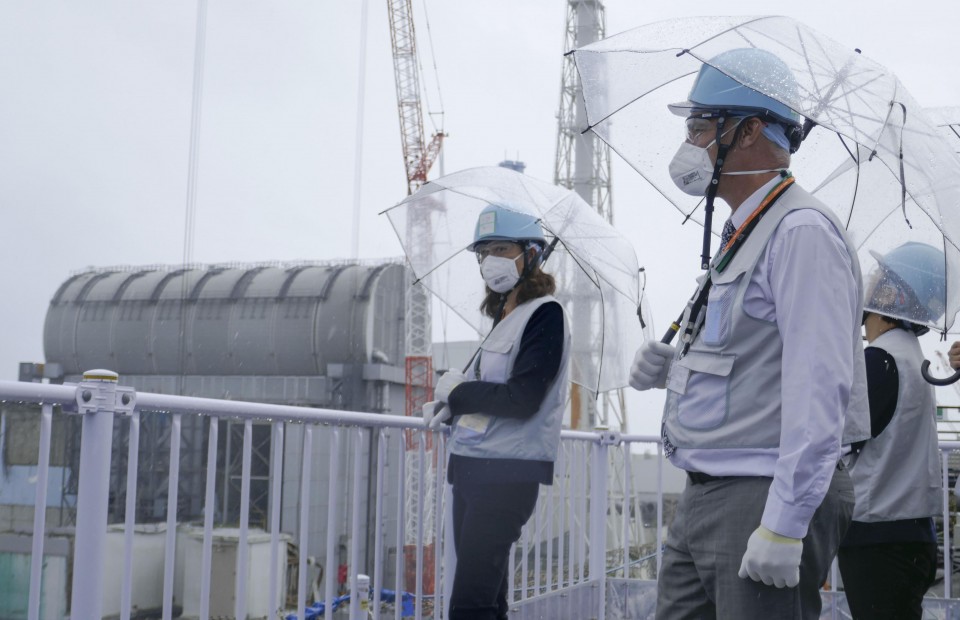 "The agency is firmly committed to ensuring that the review is comprehensive and objective and that the results are conveyed to the international community," Lydie Evrard, head of the Department of Nuclear Safety and Security at the Vienna-based U.N. nuclear watchdog, said at an online news conference.

China and South Korea will be among 11 countries from which the IAEA selected the members who make up the team, Evrard said.

IAEA officials may travel to Japan sometime next year so the agency can present findings before the actual discharge of the water, Evrard said.

Water pumped into the ruined reactors at the Fukushima plant to cool the melted fuel, mixed with rain and groundwater that has also been contaminated, is treated using an advanced liquid processing system, or ALPS.

According to the Japanese government, the process will remove most radioactive agents and will be diluted to significantly below Japanese safety standards and that of the World Health Organization's guidelines for drinking water.