U.S. to seek close ties with next Japanese PM amid China rivalry

The U.S. administration of President Joe Biden is expected to swiftly reach out to forge close ties with the presumed next Japanese Prime Minister Fumio Kishida, given the importance of the bilateral alliance amid intensifying U.S.-China rivalry, experts on Asia say.

The Biden administration will also likely be closely watching whether the 64-year-old Kishida, who won the ruling Liberal Democratic Party's presidential election Wednesday, can solidify his grip on power and avoid Japan returning to an era of so-called revolving-door leadership.

"Will there be another rapid turnover of Japanese prime ministers and all the viscosity and uncertainty that creates in implementing policy?" asked Michael Green, senior vice president for Asia and Japan at the Center for Strategic and International Studies, a Washington think tank.

Noting that Japan is "in every area of competition with China that the United States cares about," from technology and defense to democracy and diplomacy, Green said the focus of bilateral relations is on "the execution of strategy" rather than alignment. 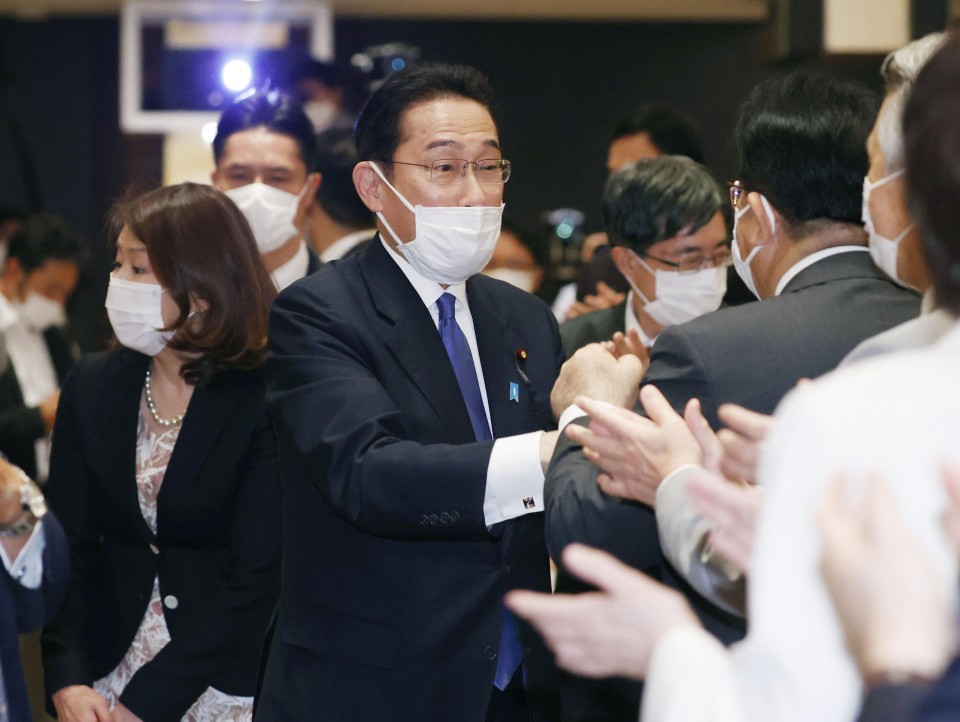 Kishida is set to succeed Prime Minister Yoshihide Suga, who is stepping down just after one year in office amid criticism over his government's coronavirus response. His predecessor Shinzo Abe, who served for nearly eight years, expanded Japan's role in regional security, a move that was welcomed by the United States.

But before Abe took office in December 2012 and eventually became Japan's longest-serving prime minister, the country saw six prime ministers in six years, including Abe's first stint from 2006 to 2007.

Green described Kishida as a "reliable" person in the eyes of LDP leaders but noted that his challenge is to be "attuned to the public mood."

"Can he read the public mood? Or will he look like he's too easily swayed by power politics within the LDP and not decisive?" he said. "The Japanese public wants decisive leaders. So that's Kishida's strength, but also his weakness."

Green, who served on the staff of the National Security Council from 2001 through 2005, said Biden is certain to embrace the next Japanese prime minister "very quickly" because his administration needs "strong Japanese leadership."

"There is a measure of, if not desperation, about the U.S.-Japan alliance because of the way China under (President) Xi Jinping has become so aggressive, so ambitious, and so coercive. So there's an urgency to this alliance," he added.

Kishida is expected to be elected prime minister in an extraordinary Diet session starting Monday as the LDP and its junior coalition ally hold a majority in both chambers of parliament.