The United States on Wednesday called on countries around the world to commit to vaccinating 70 percent of the global population against the novel coronavirus by next September, while vowing to donate an additional 500 million vaccine doses to poorer nations.

The new pledge, which will bring the country's total vaccine donations abroad to over 1.1 billion doses, was made during a virtual COVID-19 summit President Joe Biden convened on the margins of the U.N. General Assembly in a bid to end the pandemic that has already killed over 4.5 million people globally.

"This is an all-hands-on-deck crisis," Biden said at the beginning of the livestreamed meeting, urging other high-income countries to deliver on their own "ambitious" vaccine donations and pledges. 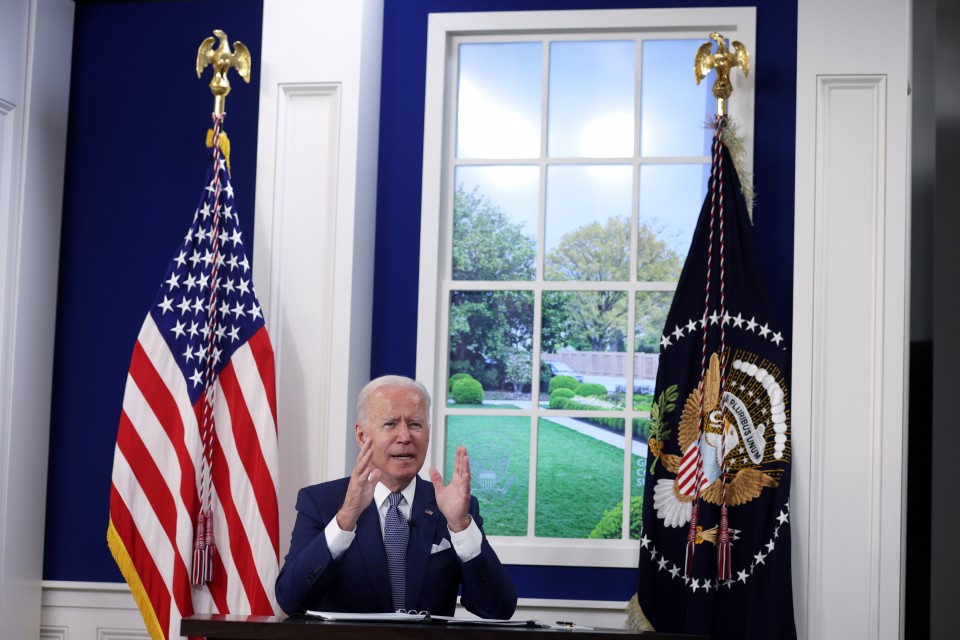 According to a document issued by the White House, the United States has called on the summit participants to support the World Health Organization's goal of seeing at least 70 percent of the population fully vaccinated with safe and effective vaccines in every country and income category by next year's U.N. General Assembly.

Japanese Prime Minister Yoshihide Suga said his country will donate 30 million additional doses, bringing the country's total commitments to 60 million doses, as he took part in the summit via a video message.

Chinese President Xi Jinping, speaking at this year's U.N. General Assembly on Tuesday, reiterated his pledge to strive to provide 2 billion doses to the world by the end of the year.

While China is seen to be increasing its clout through so-called vaccine diplomacy with developing countries, Biden administration officials emphasized that doses provided by the United States are "free of charge, no strings attached."

Biden said the additional 500 million doses will be purchased from U.S. pharmaceutical giant Pfizer Inc. and will "all be shipped by this time next year."

The administration officials said the doses will be for low- and lower-middle-income countries and will be supplied through the U.N.-backed COVAX global vaccine-sharing program.

The WHO has been expressing its disappointment over the unequal access to COVID-19 vaccines, urging some countries to suspend their ongoing or planned booster shots at least until the end of the year to prioritize vaccine supply for countries in need.

According to the WHO, around 2.4 billion people in the world have been fully vaccinated. The world's population is currently about 7.8 billion, data from the U.S. Census Bureau shows.