The move comes as U.S. President Joe Biden has proposed the summit in hopes of facilitating cooperation among the four countries, collectively known as the "Quad," and as Suga seeks to strengthen the Japan-U.S. alliance before leaving office, according to the sources. 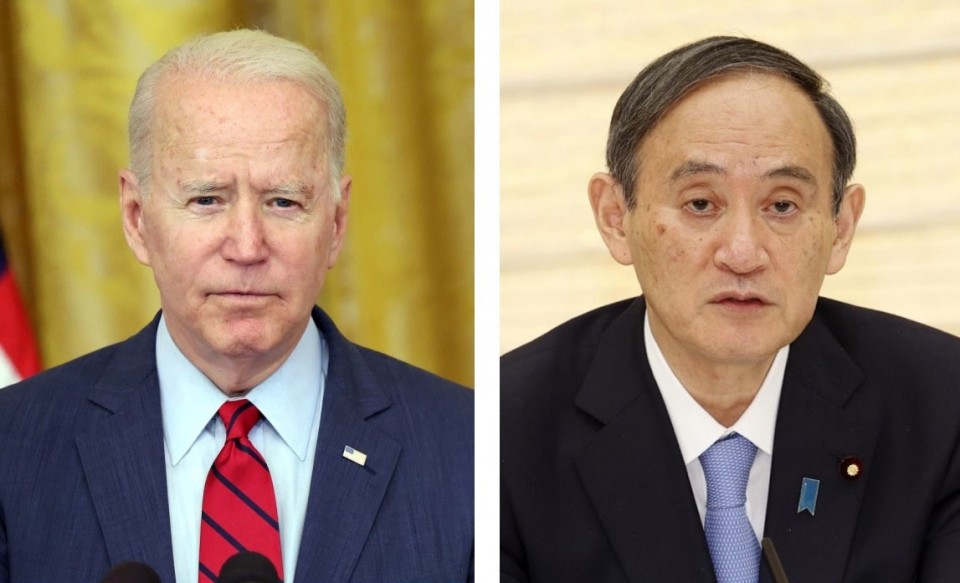 Last week, Suga expressed his intention not to seek a second term, saying he will not run in the upcoming presidential election of the Liberal Democratic Party but will serve out his term through Sept. 30. The Sept. 29 election effectively decides the next prime minister as the LDP controls the powerful House of Representatives.

"Whoever is chosen as the next prime minister will strive for (maintaining) the Japan-U.S. alliance, so it is important to deliver the message that we are focused on the alliance through the premier's U.S. visit," said a source.

Leaders of the four countries, including Australia's Scott Morrison and India's Narendra Modi, held a video conference in mid-March, but an in-person meeting has yet to be held.

If the gathering does take place, Suga plans to reiterate Japan's vision of realizing a "free and open Indo-Pacific" region and affirm with Biden the need to strengthen cooperation toward peace and stability in the Taiwan Strait.

Suga is also considering holding separate talks with Biden, according to the source.