More than $1.2 billion has been pledged internationally for people in Afghanistan in need of humanitarian assistance, the U.N. relief chief said Monday.

Martin Griffiths, head of the U.N. Office for the Coordination of Humanitarian Affairs, disclosed the total at the closing of a ministerial meeting on Afghanistan in Geneva.

"The funding will throw a lifeline to Afghans who lack those services," Griffiths said after the United Nations convened the high-level meeting, specifying that at least $606 million is needed by the end of this year. 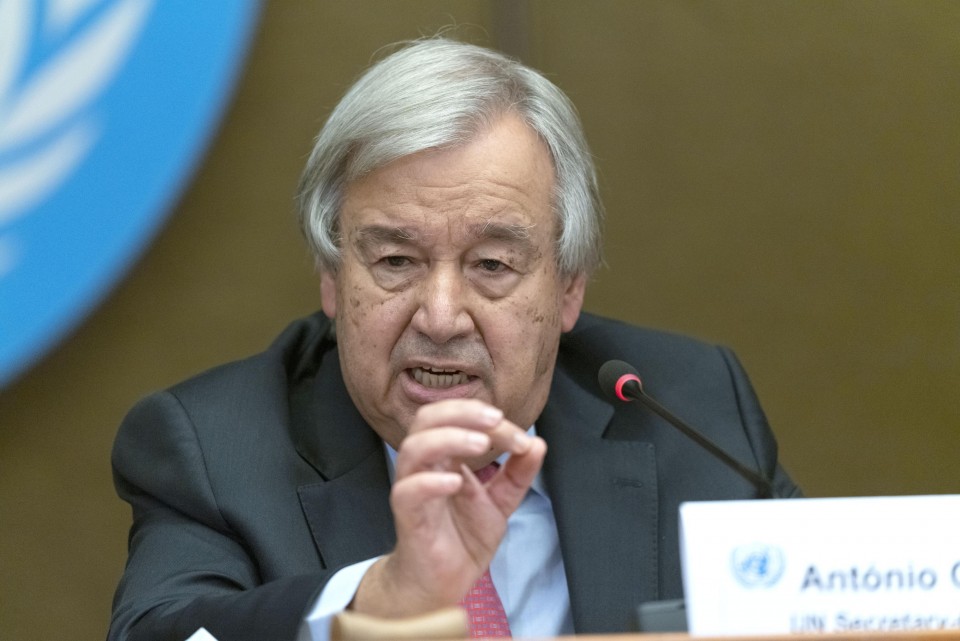 U.N. Secretary General Antonio Guterres speaks during a ministerial meeting on Afghanistan on Sept. 13, 2021, in Geneva. (Photo courtesy of the United Nations)(Kyodo)

Hailing the pledge that nearly doubled its initial appeal, U.N. Secretary General Antonio Guterres said the figure represented a "quantum leap in relation to the financial commitment of the international community toward the Afghan people."

Guterres had urged countries around the globe to boost financial aid to Taliban-controlled Afghanistan, calling the country's situation "one of the worst humanitarian crises in the world."

The U.N.-hosted ministerial meeting was held with some participants joining virtually due to the coronavirus pandemic.

According to the United Nations, even before the Taliban's quick takeover of Afghanistan in mid-August, about 18 million people -- roughly half of the country's population -- needed humanitarian assistance such as food, medicine and water.

Guterres also said the international community needs to "safeguard the rights of women and girls in Afghanistan -- including through access to education and other essential services."

Although the Taliban has pledged to respect women's rights under Islamic law, it is feared that women in Afghanistan may suffer infringements of their human rights and be denied access to education under the group's rule, given its past governance record.