Japanese Prime Minister Yoshihide Suga arrived in the United States on Thursday to attend a summit with U.S. President Joe Biden and the leaders of India and Australia in Washington, making what will be his final overseas trip before stepping down in early October. 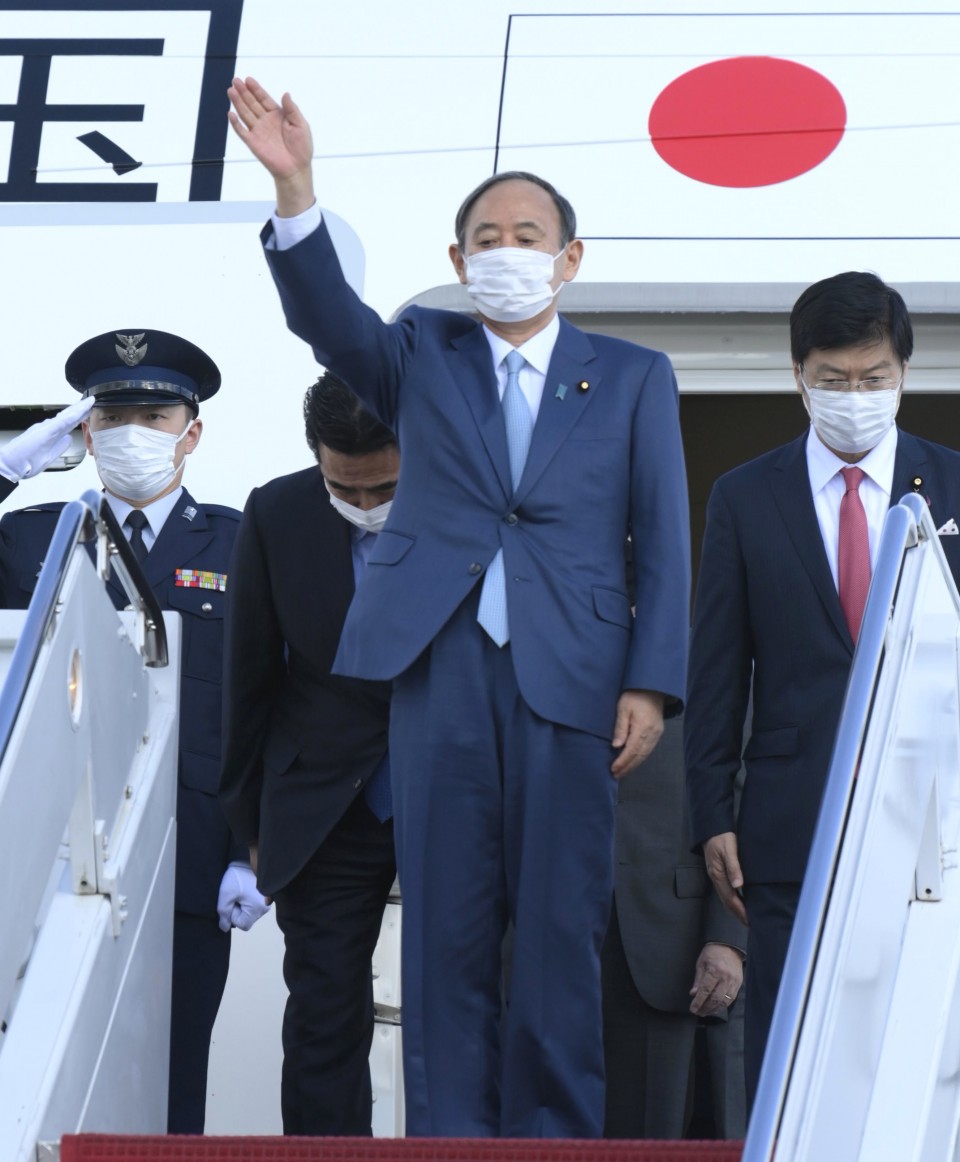 Japanese Prime Minister Yoshihide Suga waves his hand after arriving at the Andrews Air Force Base, outside Washington on Sept. 23, 2021. (Kyodo)

The leaders of the so-called Quad, a group of nations that are strengthening ties as a counter to China's growing assertiveness, are expected to affirm shared efforts to realize a free and open Indo-Pacific region as well as ensure a stable supply of COVID-19 vaccines to the rest of the world.

"We will discuss vaccines, new technologies and climate change among other issues and continue seeking a way toward realizing a free and open Indo-Pacific," Suga told reporters before boarding his flight at Tokyo's Haneda airport.

At a virtual summit in March, they agreed to boost COVID-19 vaccine production for developing countries and "meet challenges to the rules-based maritime order" in the East and South China seas.

"It's important that we demonstrate our resolve in realizing a free and open Indo-Pacific," a Japanese Foreign Ministry official said. 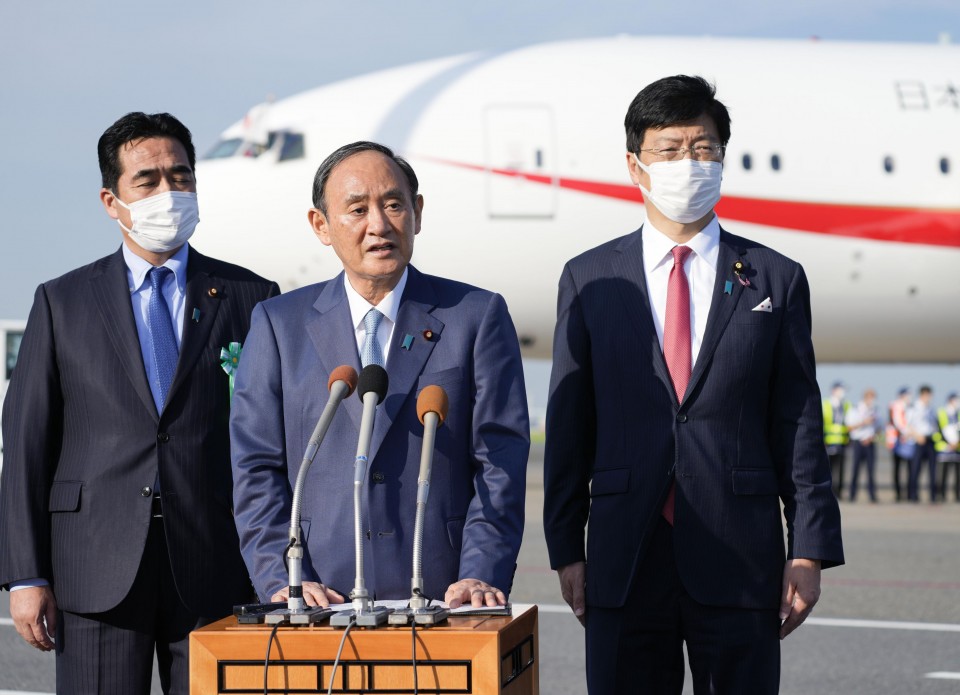 Japan's ruling Liberal Democratic Party will hold a leadership election next Wednesday to choose Suga's successor after the prime minister announced his intention to resign just a year after taking office amid criticism over his pandemic response. Parliament will convene on Oct. 4 to install the winner as the country's new leader.

While it is highly unusual for an outgoing prime minister to travel overseas, a government official said the decision for Suga to attend the summit was made "to ensure the Quad framework becomes a fixture."