Kajiwara was too strong in the 21-18, 21-19 win at Yoyogi National Stadium, the 19-year-old from Fukuoka beating the four-time singles world champion from South Korea despite being unseeded in the tournament. 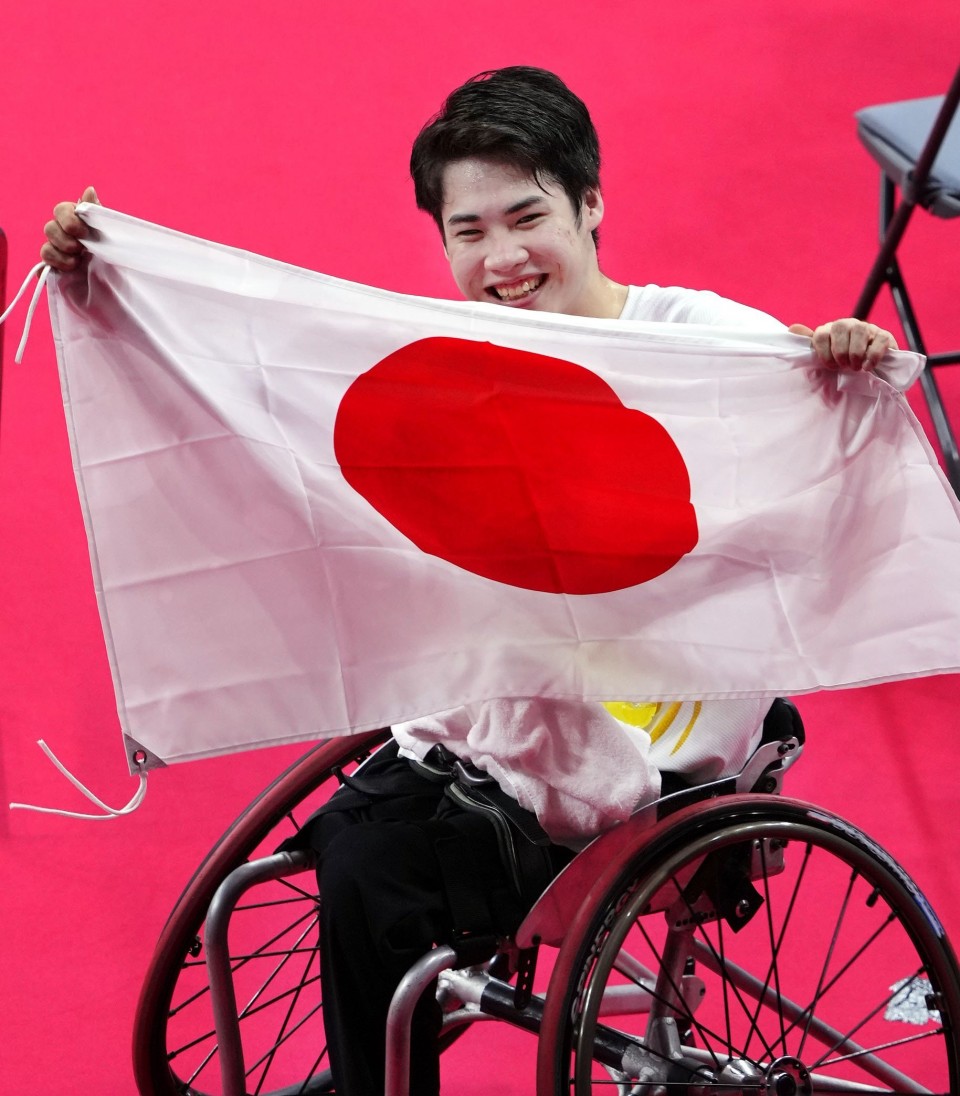 "I was always hoping to get the gold medal, and now that this dream has come true for me I'm super happy," he said.

Asked whether he was now the man to beat in his badminton class, Kajiwara deflected: "I don't know. I'm not expecting to be famous or anything," he said.

"Now that I've won a Paralympic gold, I want to thank everyone who has supported me. I'm full of gratitude." 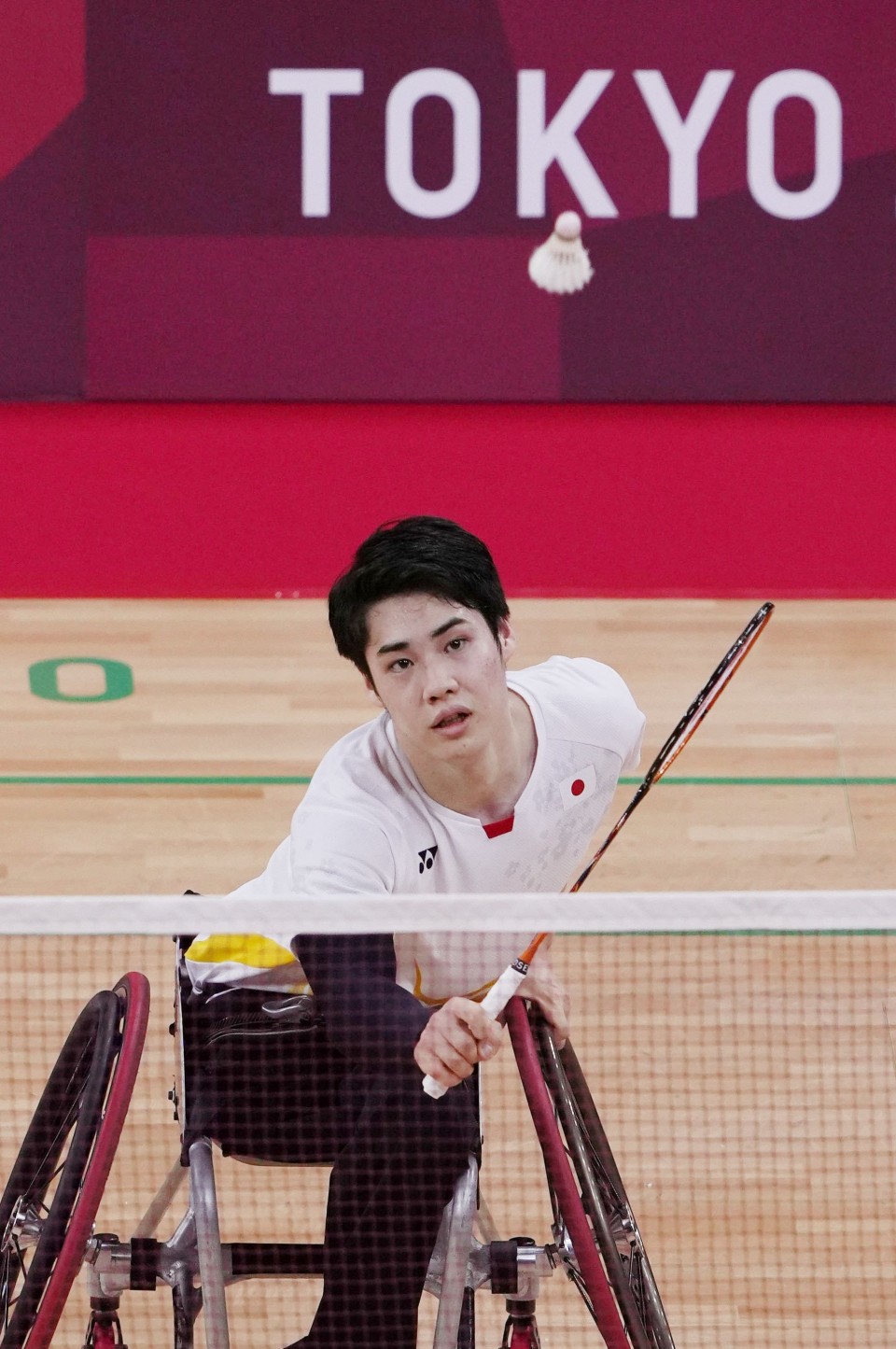 Kajiwara, who lost his leg after he was hit by a truck while cycling to baseball training at age 13, emerged from a tight contest, with Kim having led both games at one stage.

But the Japanese showed great poise to take the gold on the second of two match points he earned.

Kajiwara dropped just one game on his journey to gold, in his second match of the group phase against Chan Ho Yuen of Hong Kong, and won his semifinal with ease 21-14, 21-15 over South Korean Kim Kyung Hoon.

Like in her singles gold medal win yesterday, Satomi, a WH1 player, weathered a first game loss to battle back to gold. Her offsider Yamazaki played a major part as the lower impairment WH2 player.

After looking overmatched in the 21-16 first game loss, the Japanese players asserted themselves in the final two games, taking them 21-16 and 21-13.

Satomi, who won the first-ever women's Paralympic badminton gold on Saturday, is the only Japanese to win two gold in the sport in Tokyo. 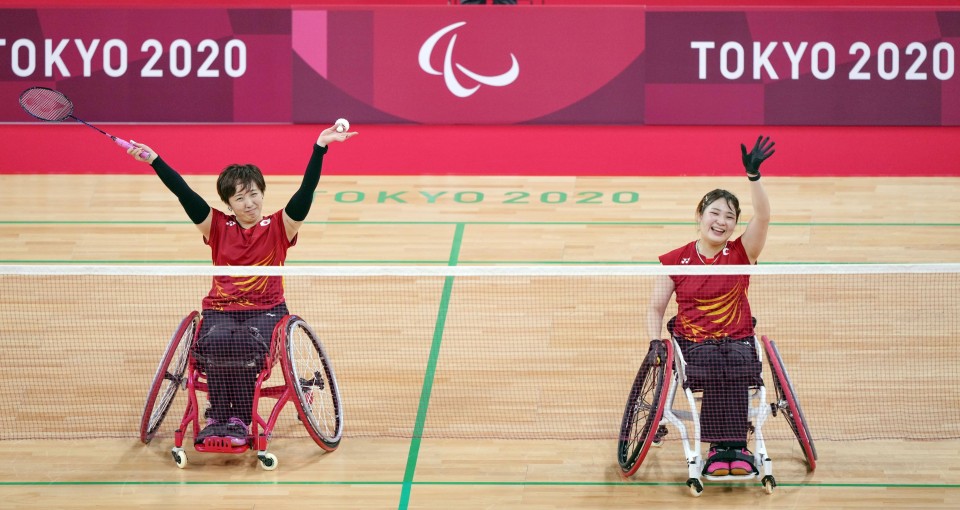 "I always aimed to become the first gold medalist, in either the singles or doubles. I am glad I managed it and I can take great confidence from that," said Satomi.

"We put out there what we learned in practice, communicating well and performing with grit."

Having also won her second Paralympic medal, Yamazaki now has an eye on another prize.

"I am so happy to be on the top step of the podium," she said. "I want to carry the momentum into the Paris Games."