With the election of former Foreign Minister Fumio Kishida as new Liberal Democratic Party president, hence setting him up to be installed as prime minister, the Nikkei 225 index is expected to move between 28,000 and 32,000 through the year after reaching around a 31-year high of 30,000 in recent sessions. 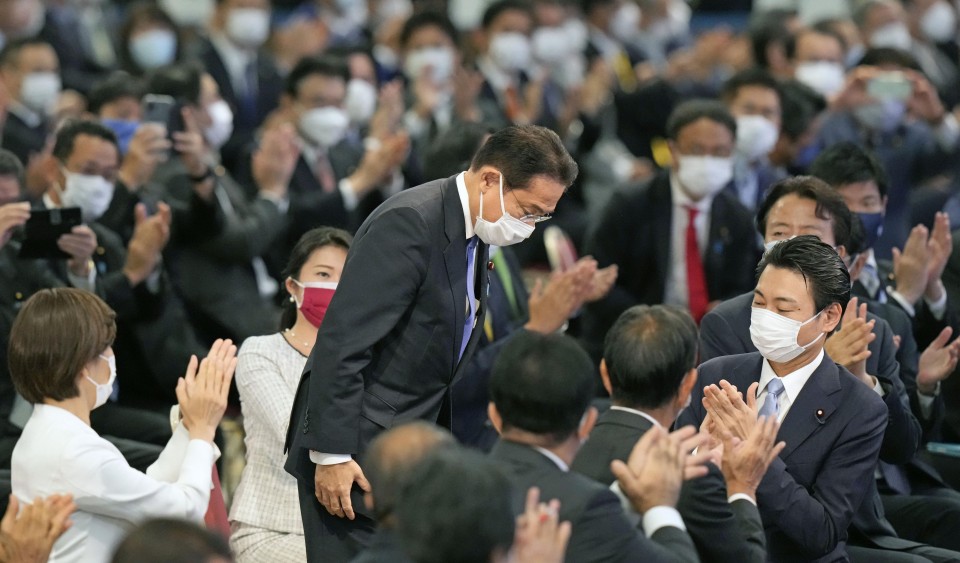 Some market participants predict the bellwether index could jump to as high as 34,000 by the end of 2021 amid a slew of strong earnings forecasts from domestic companies and with the ruling party having a good showing in the November general election under Kishida.

"We are expecting to see an upbeat market under the new administration through the year as a trend for healthy earnings reports from domestic companies will likely continue," said Shingo Ide, chief equity strategist at NLI Research Institute.

The Nikkei rose to as high as 30,670.10 on Sept. 14, less than a month after hitting its lowest level of the year at 27,013.25 on Aug. 20. The highs were reached after outgoing Prime Minister Yoshihide Suga announced his resignation in early September amid plummeting public support.

Although the market may initially react negatively to Kishida's victory due to it meaning he beat out Taro Kono, the reform-minded vaccination minister, analysts believe the impact will be short-lived.

Kishida won in a runoff against Kono after the first round of the leadership race ended with none of the four hopefuls -- including former communications minister Sanae Takaichi and former gender equality minister Seiko Noda -- securing a majority.

Suga's term as LDP president will end Thursday, with parliament scheduled to elect Kishida as prime minister during an extraordinary session on Monday.

Prior to the LDP vote, the stock market had surged to its highest level since Aug. 1, 1990, when the Japanese economy was experiencing an asset-inflated bubble.

The record came amid high expectations for Kono, who had "garnered popularity among the younger population," NLI's Ide said. 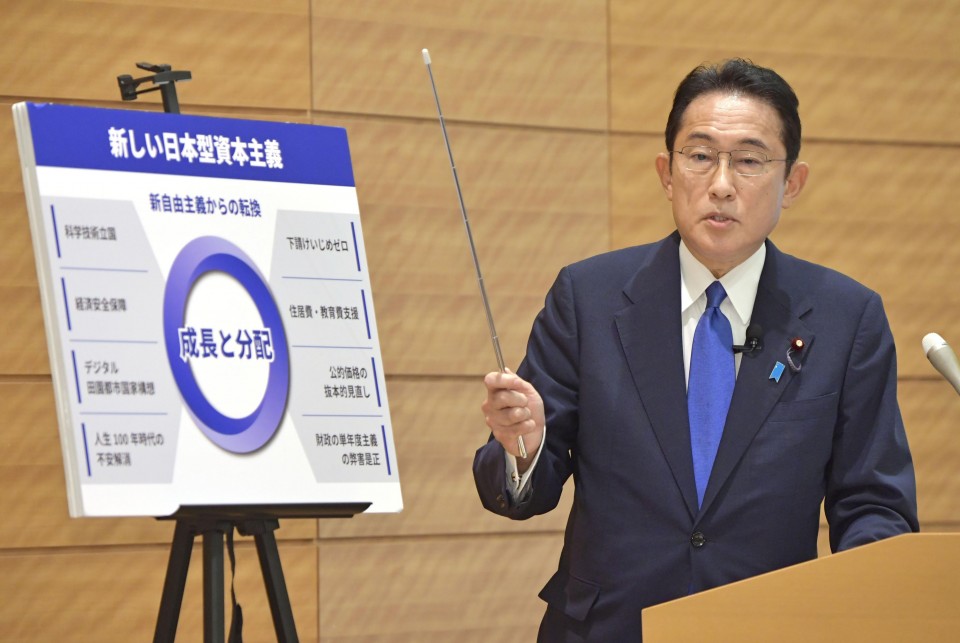 The new LDP leader has also mentioned plans to create a new government "health crisis agency" to directly deal with the COVID-19 pandemic, which may raise expectations for stronger management after the party's poor response under Suga, Fujito said.

Now that Kishida's win has been confirmed, "The focus in the market will shift towards whether the LDP can maintain its stronghold without losing too many seats in the general election in November," said Masahiro Yamaguchi, head of investment research at SMBC Trust Bank.

A good result in the House of Representatives for the LDP may eliminate any lingering sense of political uncertainty and boost shares further at the end of the year, he added.

As ever, the performance of the local stock market is tethered to global events and investors remain concerned over China's economic recovery as well as the timing of stimulus tapering and interest rate hikes by the U.S. Federal Reserve, analysts said.

In the foreign exchange market, the yen is expected to remain mostly unchanged as it stays within the current range between 109 and 111 yen, analysts said.

Several factors have lined up to contribute to a weaker yen, and even if the currency strengthens, it is unlikely to move beyond the 108 line as the speed of economic normalization in the United States exceeds that of Japan, according to Yamaguchi.

Analysts also cited the likelihood that the Bank of Japan will maintain its ultraeasy monetary policy over the upcoming months due to protracted COVID-19 restrictions and supply chain disruptions in Southeast Asia.

"The people in Japan desire a strong prime minister who is able to clearly envision a path for the country's growth and regulatory reform," Ide said.