Shogi sensation Sota Fujii set another record Monday by becoming the youngest player to hold three of the traditional board game's eight major titles at 19 years and one month.

Fujii defeated 31-year-old Masayuki Toyoshima three games to two to win the Eio championship, which Toyoshima held since last year, after entering the series as the challenger. Fujii took Games 1, 3 and 5. 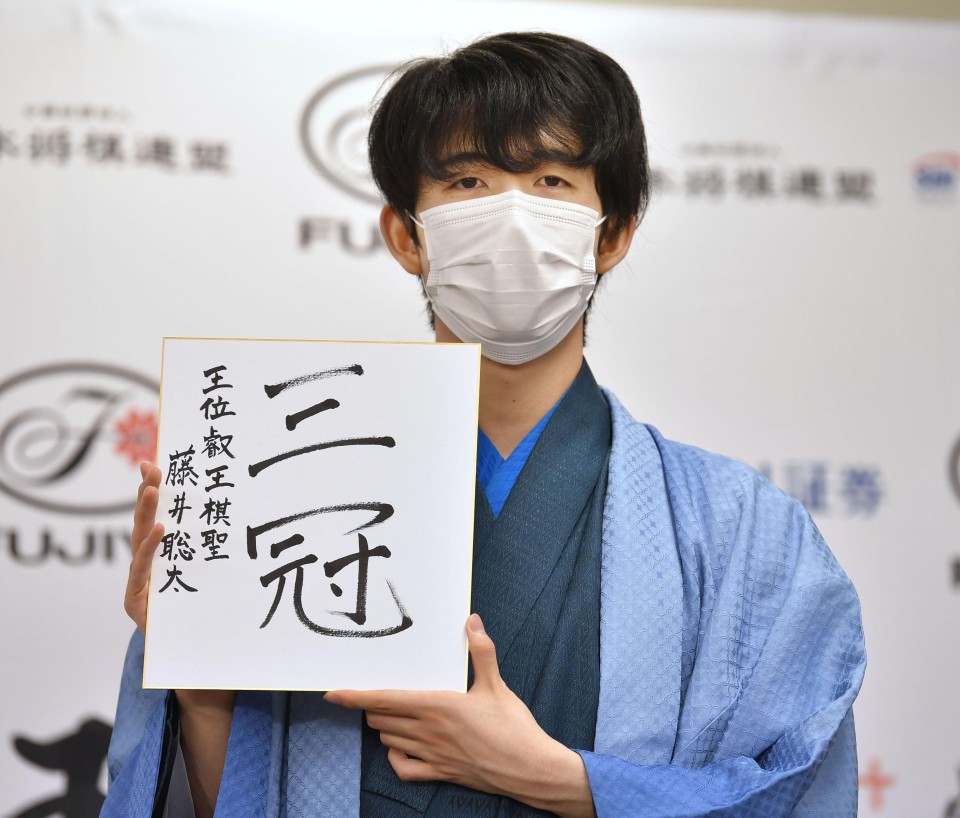 Shogi sensation Sota Fujii poses for photos in Tokyo on Sept. 13, 2021, after clinching Eio, one of shogi's eight major titles, from Masayuki Toyoshima in the final match of the best-of-five series in Tokyo. At 19 years and one month, Fujii, holder of two other major titles -- Oi and Kisei -- became the youngest player to hold three titles at the same time. (Kyodo) ==Kyodo

Fujii broke the previous record set by Yoshiharu Habu, 50, who first held three of the major titles at 22 years and three months before winning all seven major titles that existed in 1996.

"It was my first time to play full sets (until the very last game of a championship series), and I am happy to be able to produce a (good) result," Fujii said of his victory. "I don't care much about the youngest record. There are games ahead, so I would like to move forward."

Fujii also tied Akira Watanabe, 37, for the most titles held at present.

In a game long dominated by experienced veterans, Fujii has broken numerous "youngest" records, turning pro at 14 years and two months, winning his first major title, Kisei, in July 2020 at 17 years and 11 months and taking his second, Oi, a month later after he turned 18. 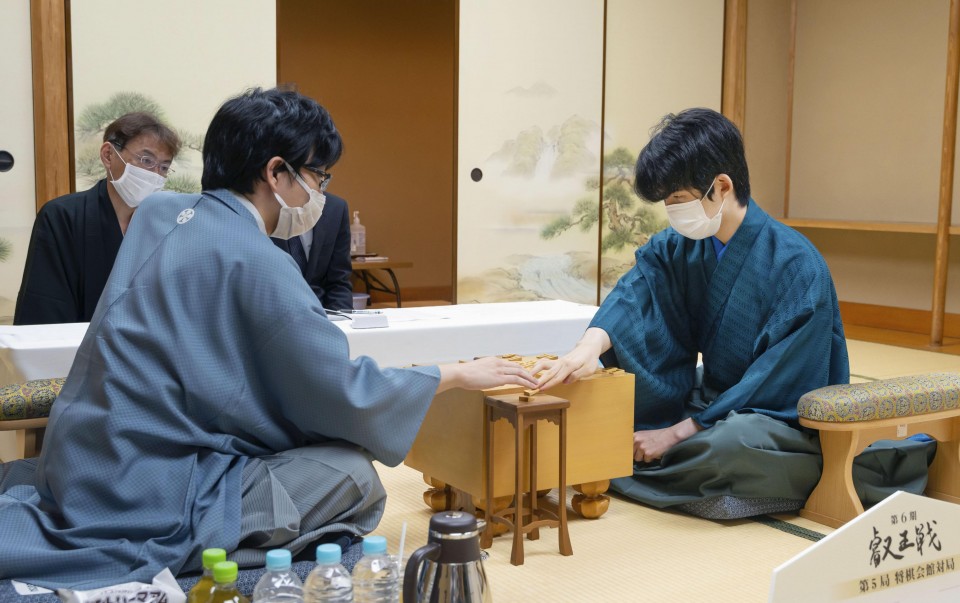 Shogi sensation Sota Fujii (R) is pictured playing against Masayuki Toyoshima at Shogi Hall in Tokyo on Sept. 13, 2021. Fujii defeated Toyoshima to win the Eio championship and become the youngest player to hold three of the traditional board game's eight major titles at 19 years and one month. (Photo courtesy of the Japan Shogi Association)(Kyodo)

Habu, who received the People's Honor Award from the Japanese government in 2018, was effusive in his praise of the youngster.

"To have three titles as a teen is an amazing feat, but it comes as no surprise as I look at how he has performed in recent years," Habu said. "I look forward to seeing what kind of strategies he will come up with and how he improves further."