Fumio Kishida will not have much time to bask in his victory in the race for leader of Japan's ruling Liberal Democratic Party and, hence, the next prime minister, as he will soon face a major test in the form of a general election.

With the current terms of House of Representatives members ending on Oct. 21, a nationwide vote must be held by Nov. 28. The result will decide whether the former foreign minister will govern with a strong mandate or risk a short tenure like his predecessor Yoshihide Suga. 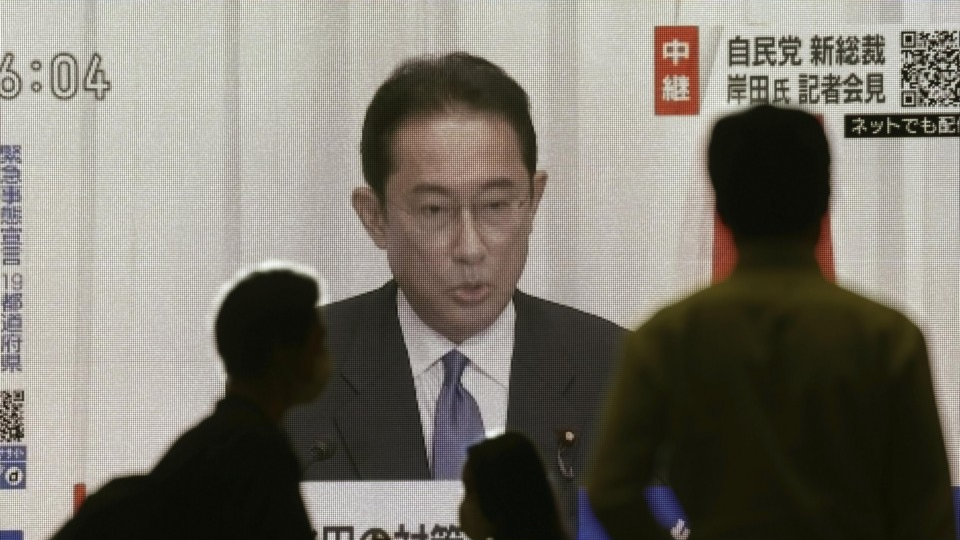 The immediate task at hand for Kishida is launching his Cabinet with strong approval ratings and keeping them high. He will also need to drum up support for the LDP after its approval ratings slumped under Suga and his government's much-criticized COVID-19 policies.

"We need to show the people that the LDP has been reborn," Kishida said in a speech moments after he was named party leader.

But the 64-year-old, a moderate who is seen as a steady hand but somewhat lacking in charisma, does not have the public appeal of his biggest rival in the LDP race, vaccination minister Taro Kono.

Kono, a social-media-savvy maverick, who had ruffled feathers in the past for going against the party line by opposing nuclear power, won the most votes from rank-and-file members but lost in a runoff after failing to gain traction with fellow lawmakers.

"There is the question of whether Mr. Kishida will appeal to voters in the general election as the face of the party, seeing as Mr. Kono has been much more popular," said Yu Uchiyama, a professor of political science at the University of Tokyo.

Kono has consistently topped media polls on who is most fit to become the country's next leader, with 31.9 percent of respondents in a recent Kyodo News survey choosing him compared to 18.8 percent for Kishida.

Opposition lawmakers who had been worried about facing off against Kono breathed a sigh of relief at Kishida's victory, with former Deputy Prime Minister Katsuya Okada of the Constitutional Democratic Party of Japan saying "the LDP may get a boost in approval ratings, but it won't be anything drastic."

It remains to be seen whether Kishida's campaign promises -- boosting lower- and middle-class incomes and drawing up an economic package worth "tens of trillions of yen" to support people and businesses hit hard by the pandemic -- will resonate with the public.

"To keep approval ratings high, the economy needs to be doing well," said Masamichi Ida, a professor at Meiji University specializing in public opinion and election analysis. "That's how the government of Mr. (Shinzo) Abe kept going for so long."

Parliament convenes Monday to pick the new prime minister, with Kishida all but certain to be named to the post since the LDP and its coalition partner Komeito control both chambers.

Kishida is expected to spend the following days delivering a policy speech and answering questions from other party leaders. After that, should he decide to dissolve the lower house, the general election will likely be held on either Nov. 7 or 14.

While that would mean the campaigning period conflicts with a Group of 20 summit in late October in Rome, any delays to campaigning could hinder efforts to draw up the government's budget for fiscal 2022, LDP officials said.

For many, Suga's sudden departure brings back memories of the period between 2006 and 2012 when Japan had a revolving door of prime ministers changing nearly every year.

"The LDP needs a solid showing in the general election if Mr. Kishida hopes to avoid leading a short-lived government," Uchiyama said, adding that a House of Councillors election next summer is also critical.

The LDP currently holds 275 of the 465 seats in the lower house. Many analysts expect the party to lose about 30 seats as opposition parties are looking to form a unified front by consolidating candidates.

That would still allow the LDP, which has remained in power for much of the past six decades, to maintain a majority even without its junior coalition partner Komeito.

"That wouldn't be a huge blow," Ida said. "But if they lose around 40 seats or so, enough to lose their single-party majority, that would have a big impact. That would feel like defeat."