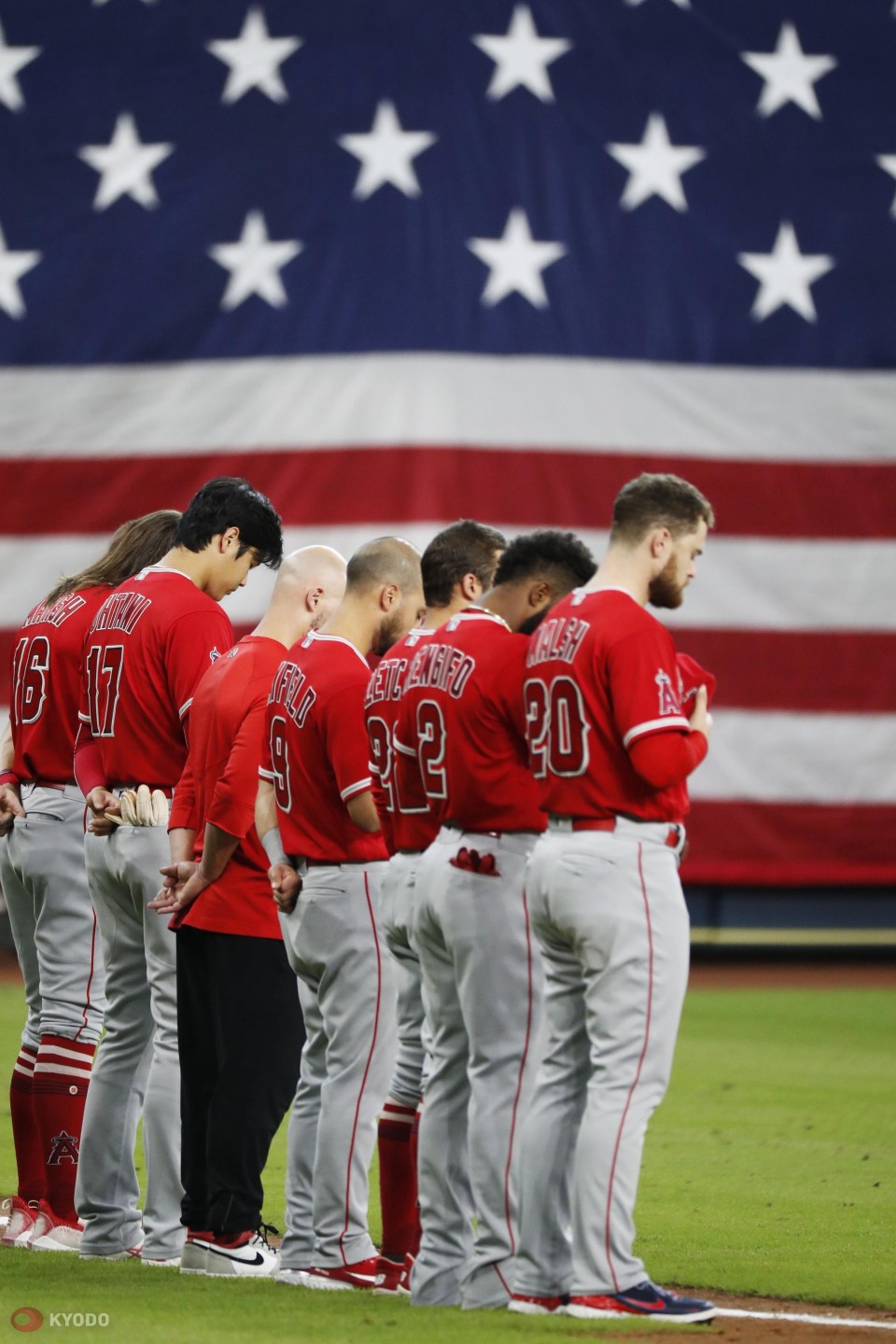 A moment of silence is observed by Los Angeles Angels players before a game against the Houston Astros on Sept. 11, 2021, the 20th anniversary of the terrorist attacks, at Minute Maid Park in Houston, Texas. (Kyodo) ==Kyodo 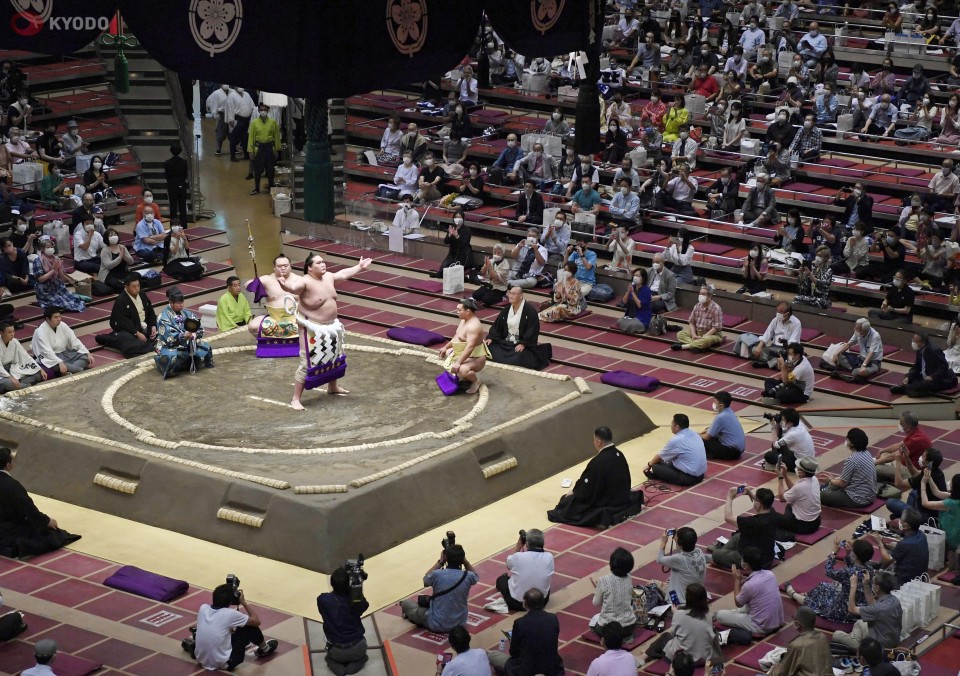 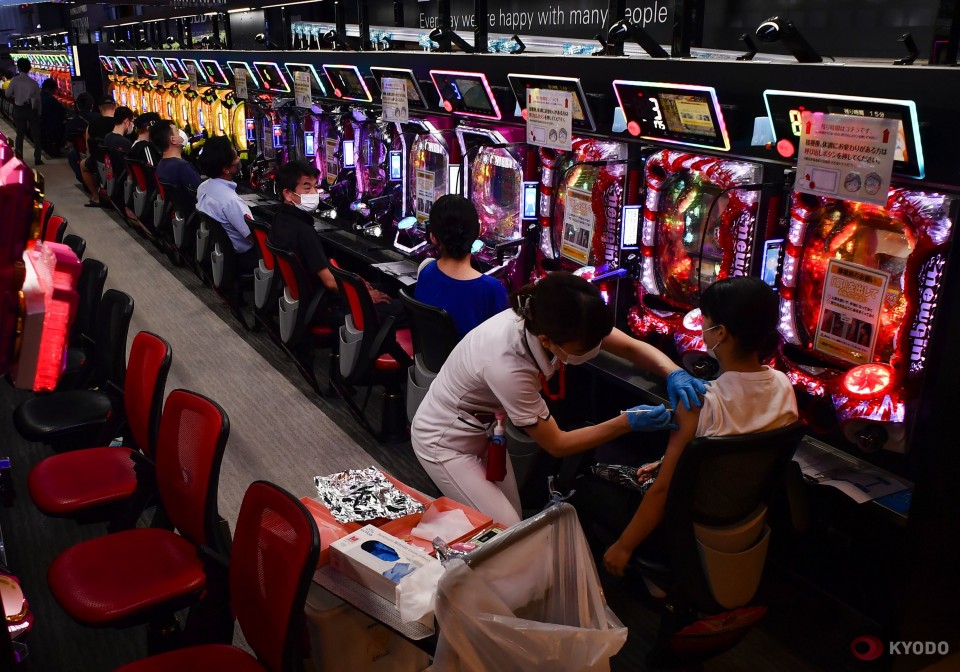 COVID-19 vaccine shots are given at a pachinko parlor in Osaka, western Japan, on Sept. 13, 2021. The parlor became the vaccination venue for its employees, nearby residents and people working at businesses nearby. (Kyodo) ==Kyodo 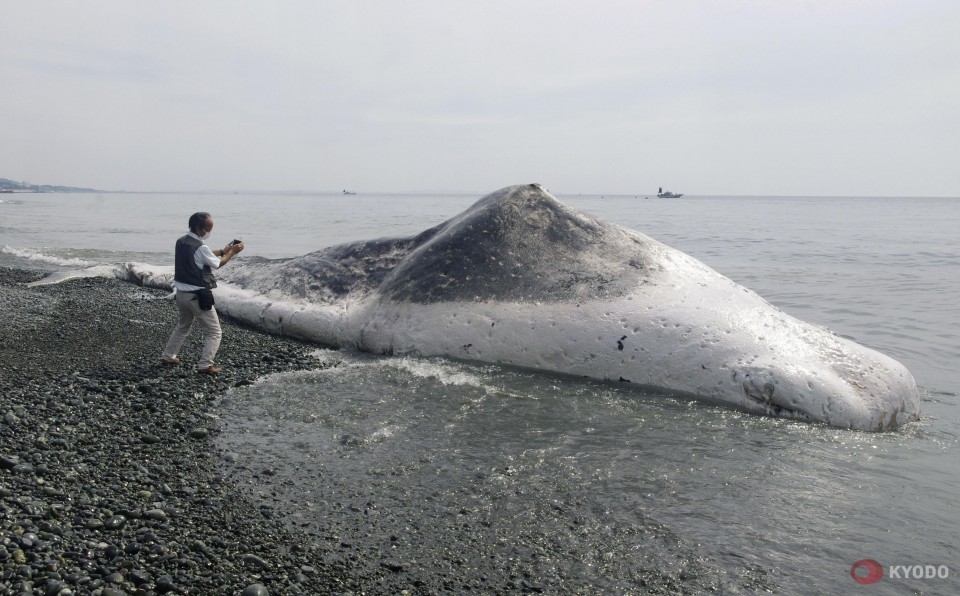 Photo taken on Sept. 13, 2021, shows a 15-meter-long whale carcass on a beach in Odawara in Kanagawa Prefecture, eastern Japan. The whale is believed to be a sperm whale. (Kyodo) ==Kyodo 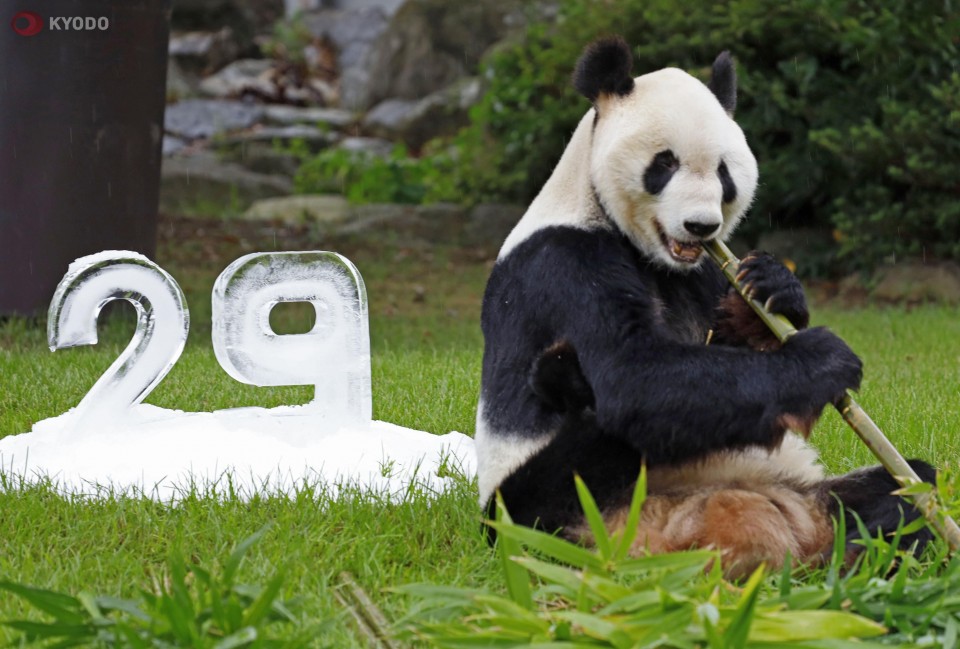 Giant panda Eimei eats bamboo on Sept. 14, 2021, his 29th birthday, at the Adventure World amusement park in Shirahama in Wakayama Prefecture, western Japan. Ice carved into the number 29 can be seen behind Eimei. (Kyodo) ==Kyodo 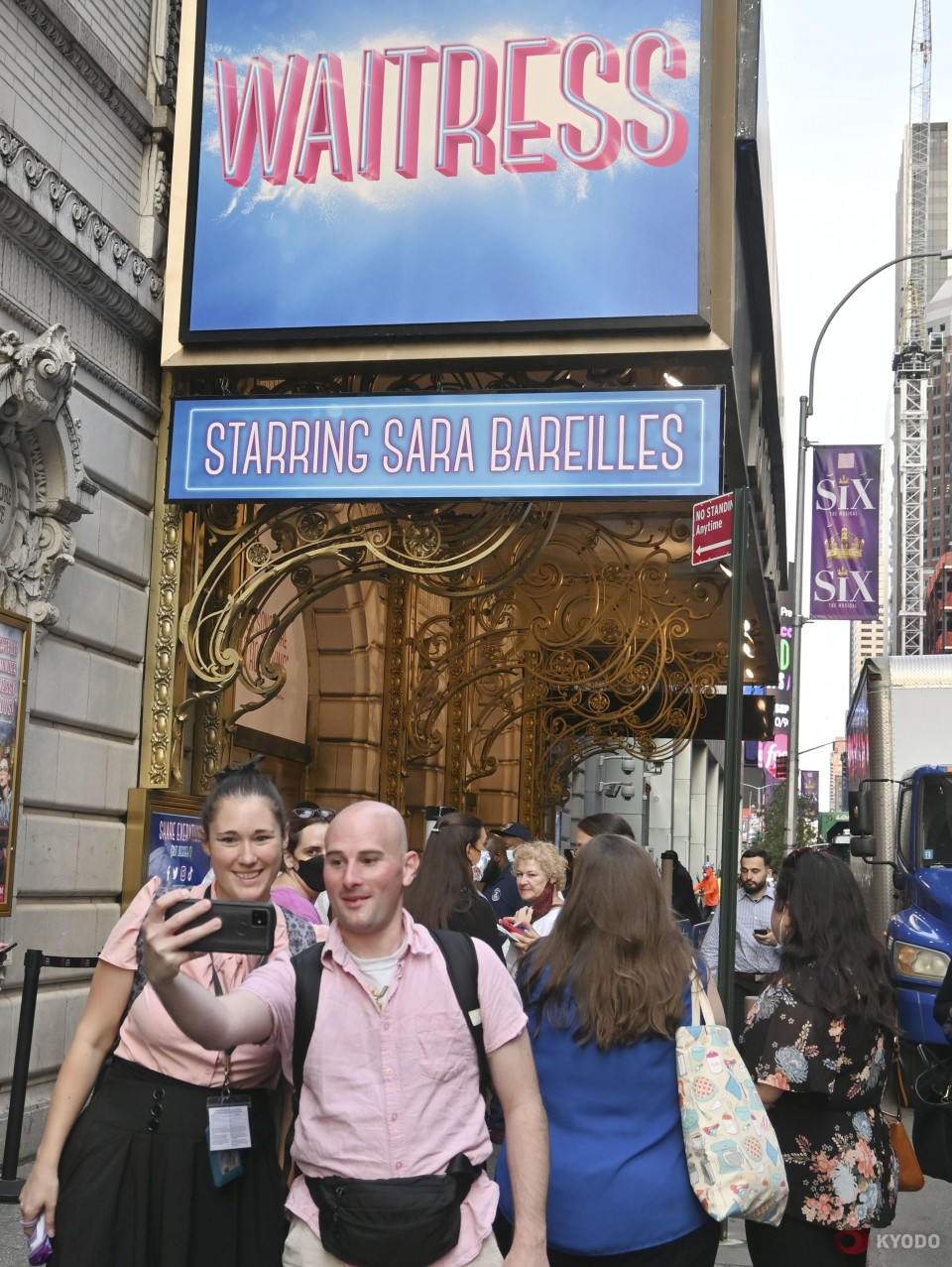 Tourists pose for a photo in front of the Ethel Barrymore Theatre in New York on Sept. 14, 2021. Musical theaters on Broadway reopened the same day following an 18-month shutdown due to the coronavirus pandemic. (Kyodo) ==Kyodo 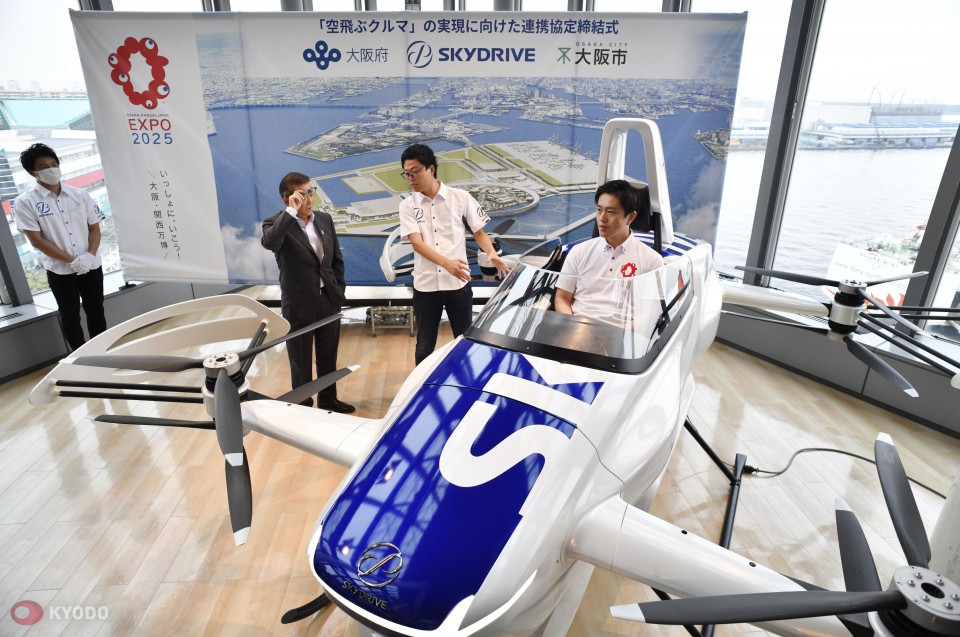 Osaka Gov. Hirofumi Yoshimura rides a full-scale "flying car" model of SkyDrive Inc. on Sept. 14, 2021, in Osaka. The western Japan prefecture and city governments formed a partnership agreement with the Tokyo-based developer the same day to support the project to put it into practical use. Seen second from left is Osaka Mayor Ichiro Matsui and second from right is SkyDrive CEO Tomohiro Fukuzawa. (Kyodo) ==Kyodo 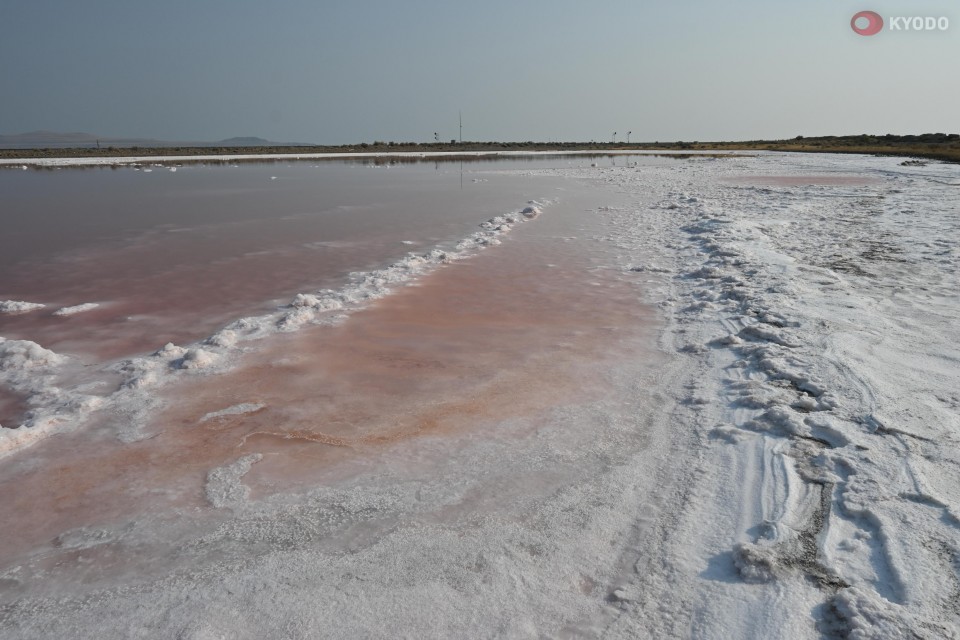 Photo taken on Aug. 16, 2021, shows the shore of the Great Salt Lake near Salt Lake City in the U.S. state of Utah. The largest saltwater lake in the Western Hemisphere reached its lowest water level on record on July 23, 2021, with its area falling to less than one-third of what it was 35 years ago following years of drought. (Kyodo) ==Kyodo 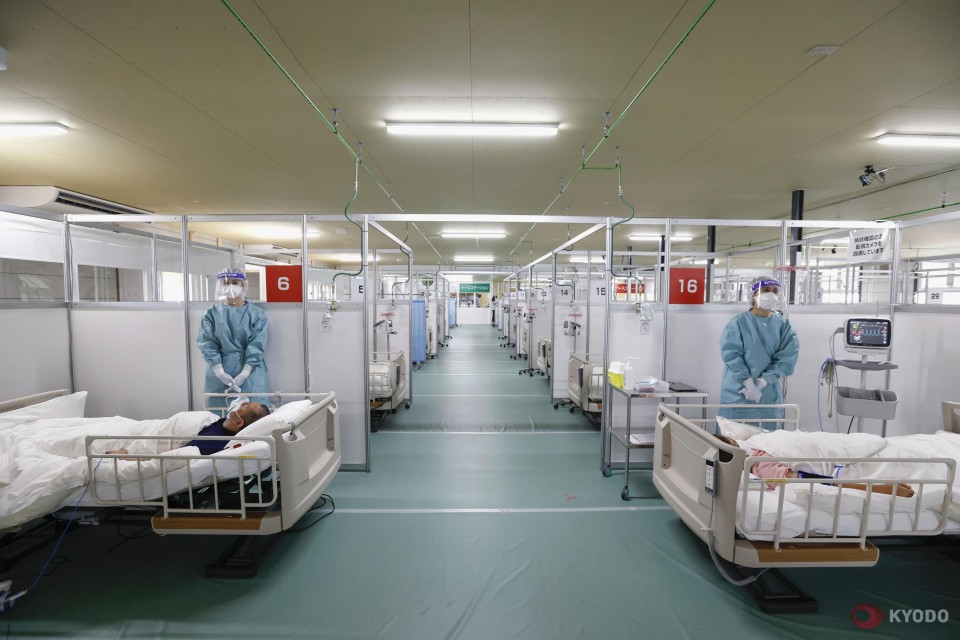 Photo taken on Sept. 16, 2021, shows an "oxygen station" set up at the former site of the famed Tsukiji fish market in Tokyo for COVID-19 patients with mild symptoms. Set to open by the end of September, the facility will provide oxygen support to patients who have been recuperating at home. (Kyodo) ==Kyodo 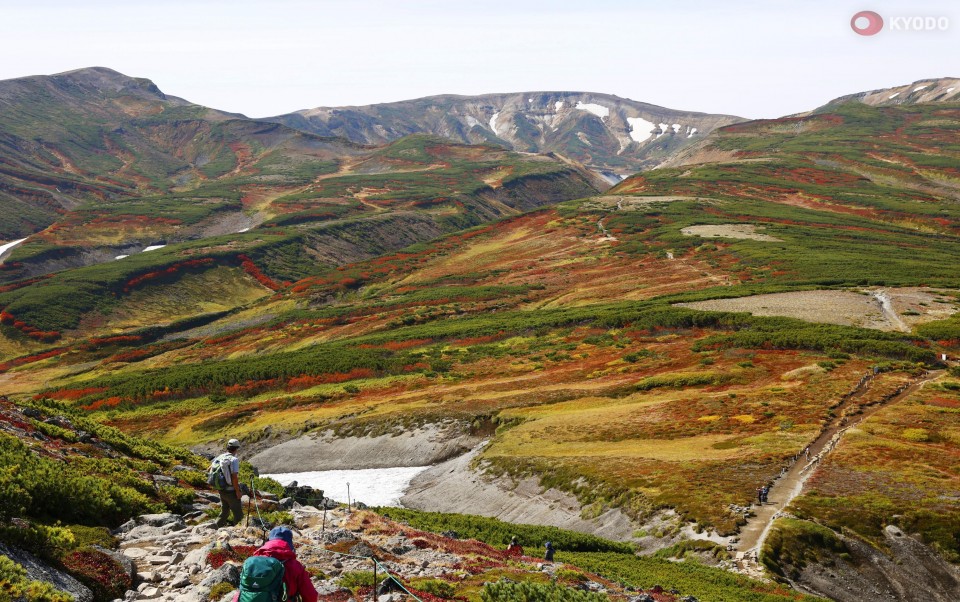 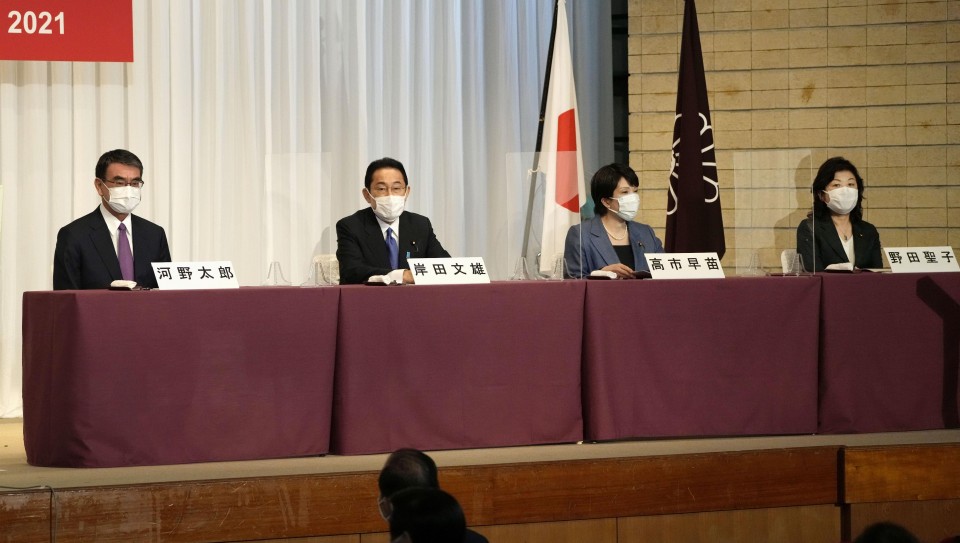