In a pair of calls during the final months of the Trump administration, Gen. Mark Milley, the chairman of the Joint Chiefs of Staff, assured his Chinese counterpart, Gen. Li Zuocheng of the People's Liberation Army, that the United States would not attack, The Washington Post reported Tuesday, citing the book authored by Woodward and Robert Costa. 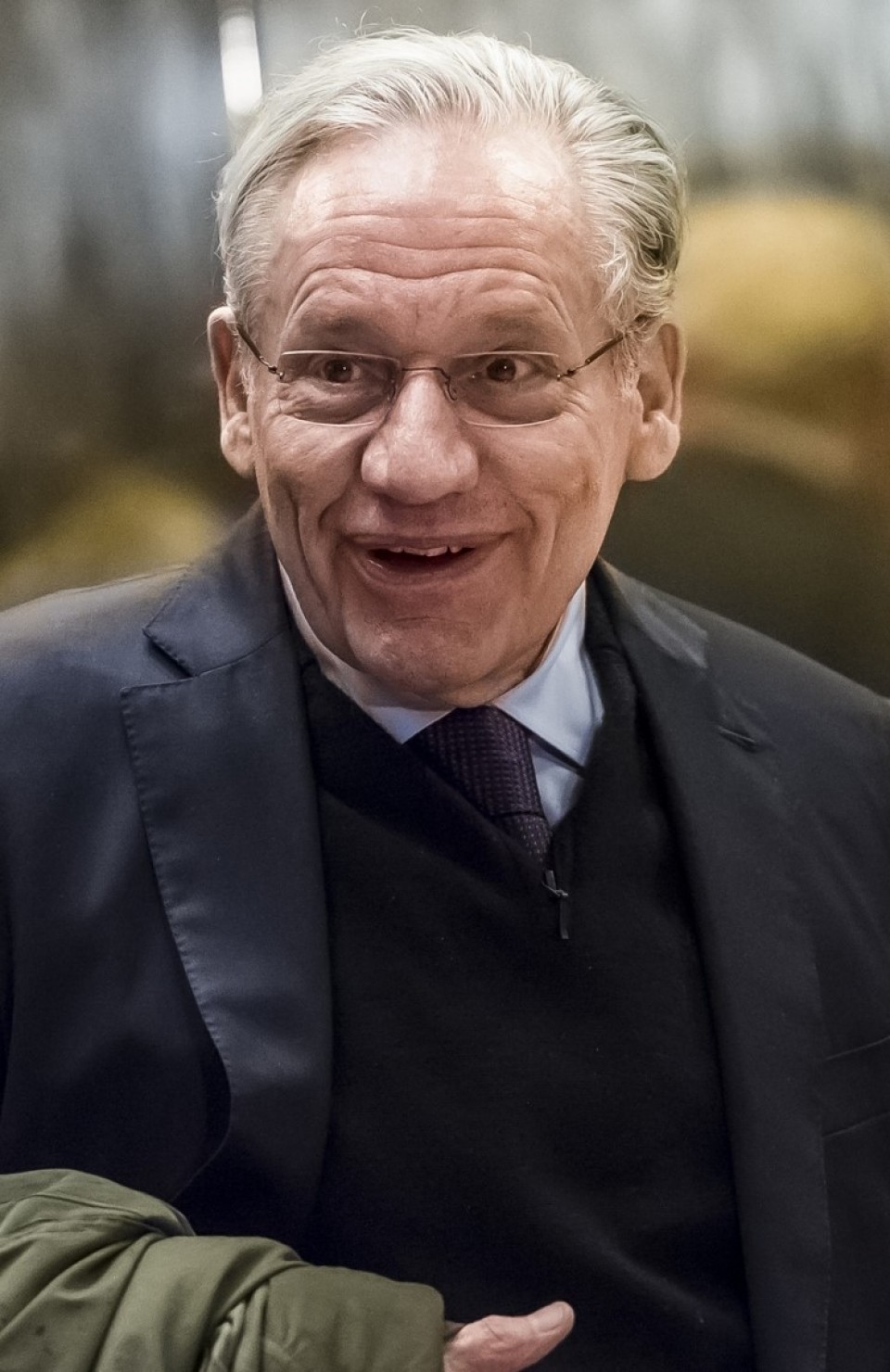 Bob Woodward is pictured in New York in January 2017. (UPI/Kyodo)

The revelations underscore the increasing concerns felt inside the U.S. military toward Trump, who had displayed unpredictable and provocative rhetoric, ahead of and in the aftermath of the Nov. 3 presidential election.

The book titled "Peril," written by The Washington Post reporters, is scheduled to be released next week. The book is based on interviews with more than 200 people and conducted on the condition of anonymity, according to the newspaper.

Woodward, along with his former colleague Carl Bernstein, is best known for uncovering the Watergate scandal that played a major role in the resignation of U.S. President Richard Nixon.

One of Milley's calls took place on Oct. 30, 2020, and the other on Jan. 8, 2021, two days after the deadly Capitol riot perpetrated by Trump supporters in a quest to overturn the outcome of the election, the book reportedly reveals.

The first call was prompted by Milley's review of intelligence suggesting the Chinese believed the United States was preparing to attack. The authors of the book said the belief was based on tensions over military exercises in the South China Sea, and deepened by Trump's belligerent rhetoric toward China.

"General Li, I want to assure you that the American government is stable and everything is going to be okay," Milley said, according to the newspaper. "We are not going to attack or conduct any kinetic operations against you."

He also went so far as to pledge he would alert his counterpart in the event of a U.S. attack, stressing the rapport they had established through a backchannel, it said.

In the second call, placed to address Chinese fears about the events of Jan. 6, Milley said, "We are 100 percent steady. Everything's fine. But democracy can be sloppy sometimes."

The book also claims Milley thought that Trump had declined mentally after the election.

Concerned that China could go on the offensive if it felt at risk from an unpredictable and vengeful U.S. president, Milley called the admiral overseeing the U.S. Indo-Pacific Command, the military unit responsible for Asia and the Pacific region, and recommended postponing the South China Sea military exercises, The Washington Post said, adding that the admiral complied.

Milley also summoned senior officers to review procedures for launching nuclear weapons, saying the president alone could give the order, but, crucially, that the top military officer also had to be involved, the newspaper said.