Yokozuna Terunofuji made easy work of No. 1 maegashira Takanosho at the Autumn Grand Sumo Tournament on Tuesday, while struggling ozeki Takakeisho continued his horror start with a loss to komusubi Ichinojo.

Newly promoted Terunofuji (3-0) showed off his strength and footwork as he forced out Takanosho (1-2) in the final bout of Day 3 at Ryogoku Kokugikan, remaining unbeaten in his first tournament as a grand champion. 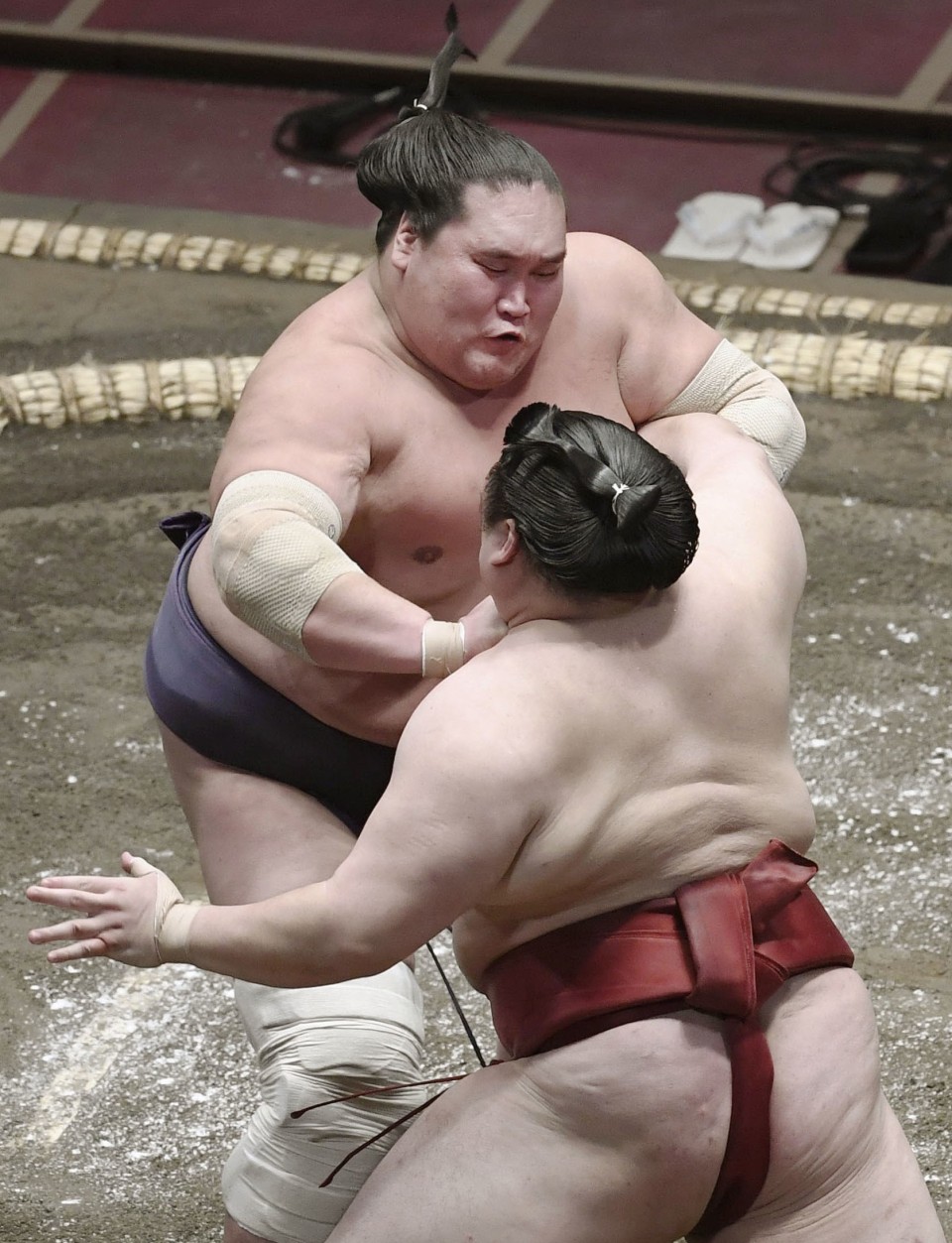 Fighting for promotion back to the three "sanyaku" ranks below yokozuna, former sekiwake Takanosho evaded a belt grip but was quickly wrapped up and lifted out by Terunofuji, the sole competing yokozuna in the absence of Hakuho.

Mongolian-born great Hakuho has been kept out of the 15-day meet along with the rest of his Miyagino stable, where two wrestlers tested positive for COVID-19.

Following two straight losses, Takakeisho (0-3) looked poised to drive Ichinojo (1-2) over the edge before the towering Mongolian pulled off an overarm-throw reversal.

The third straight loss raises the likelihood of another withdrawal for Takakeisho, who pulled out of the July meet with a neck injury that still appears to be posing problems.

The 25-year-old is fighting as a demotion-threatened "kadoban" ozeki and will lose his rank if he is unable to post a winning record.

"It wasn't the best, but I got the win," Ichinojo said. "I'm just concentrating on getting a winning record for the tournament. I'll keep doing my sumo."

Ozeki Shodai improved to 2-1 by quickly forcing out Hokutofuji (2-1). After looking shaky in his first two bouts, Shodai had little trouble driving the No. 2 maegashira over the edge from the jump.

Sekiwake Mitakeumi (2-1) bounced back from his loss to Hokutofuji on Day 2 with a convincing win over dangerous young No. 1 Hoshoryu (1-2).

The two-time grand tournament winner stayed in control from the jump as he crushed out the rising star from Mongolia.

Meisei (1-2) earned his first win as a sekiwake by thrusting down No. 3 Wakatakakage (2-1). Following losses in his first two bouts at sumo's third-highest rank, Meisei quickly defeated Wakatakakage by stepping to the side and shoving him to the clay.

The nightmare continued for komusubi Takayasu (0-3), losing a marathon bout against No. 2 Kiribayama (3-0), who looks set to continue his climb toward sanyaku.