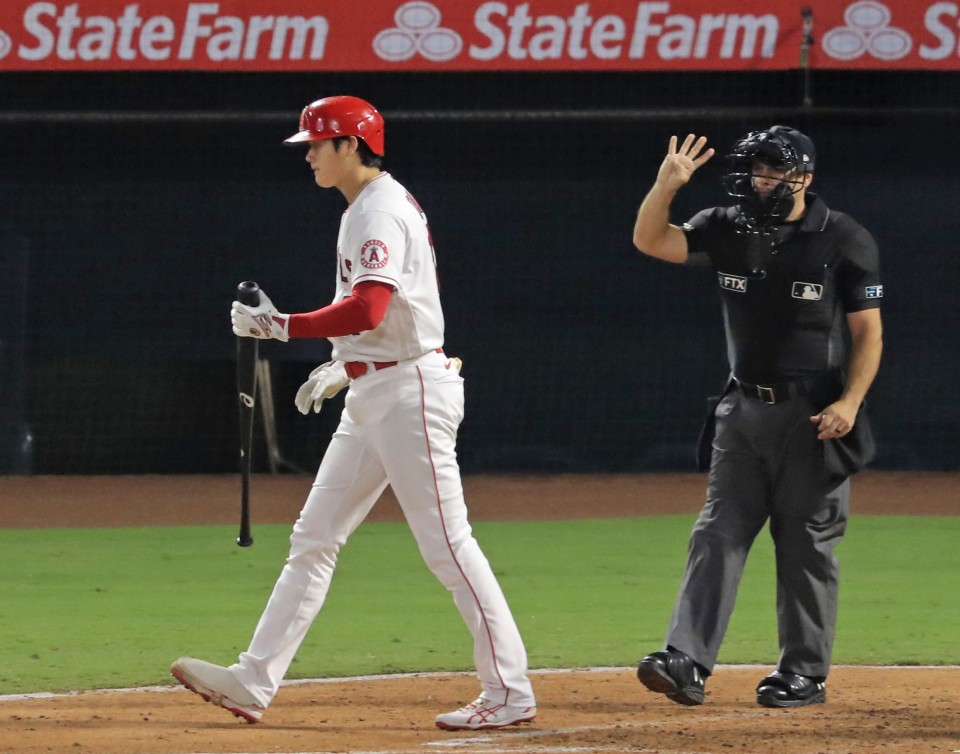 Los Angeles Angels two-way player Shohei Ohtani gets intentionally walked by the Seattle Mariners in the third inning of the series opener at Angel Stadium in Anaheim, California, on Sept. 24, 2021. (Kyodo)

Bryce Harper set the record with the National League's Washington Nationals in 2016, while Ohtani now holds the American League record.

Ohtani drew a career-high four walks on Wednesday and three on Thursday against the Houston Astros. The 27-year-old Japanese now ranks second in MLB with 17 intentional walks behind Juan Soto of the Washington Nationals.

Ohtani is scheduled to pitch Sunday in the Angels' final home game of the season. He currently has a 9-2 record and has a chance to match Hall of Famer Babe Ruth as the only player in the AL or NL to win 10 games as a pitcher while hitting 10 homers in the same season.

Salvador Perez of the Kansas City Royals and the Toronto Blue Jays' Vladimir Guerrero Jr. are currently tied for the home run lead with 46. Perez has nine games left this season, while Ohtani and Guerrero have eight.