China is expected to closely watch whether Japan's stance on the Taiwan issue will change under a new leader, after Prime Minister Yoshihide Suga expressed on Friday his intention to resign, diplomats said.

The Chinese leadership under President Xi Jinping, meanwhile, is likely to adopt a "well-balanced" diplomatic strategy that would not hurt its ties with Japan, as its strains with the United States have shown few signs of easing soon, they added. 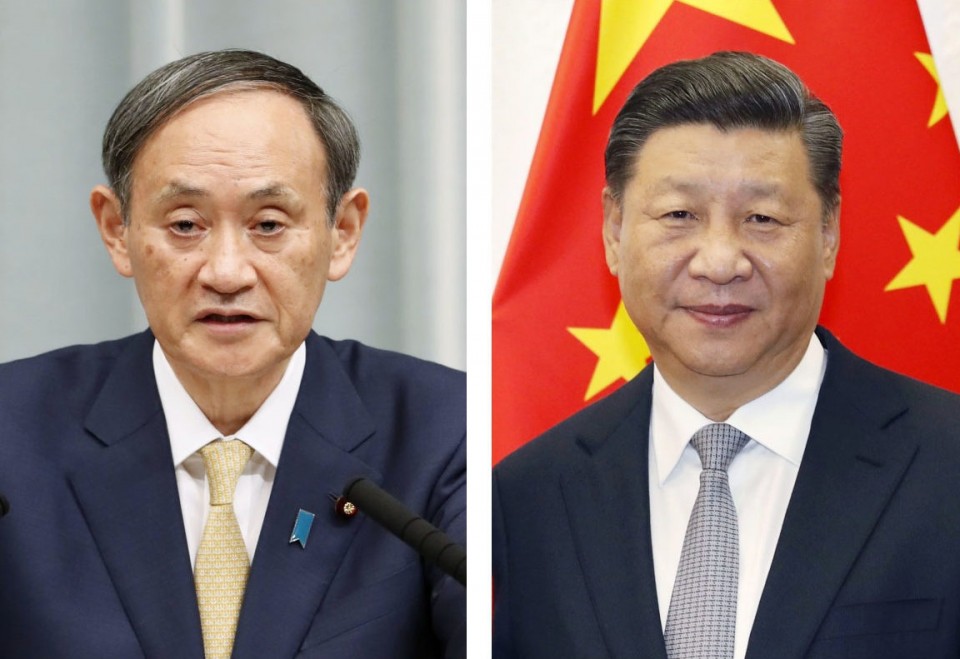 Chinese Foreign Ministry spokesman Wang Wenbin declined to comment on Suga's move on Friday, telling reporters in Beijing only that the two nations should maintain healthy and stable development of bilateral relations.

After Shinzo Abe stepped down as prime minister last year, Suga, who was his chief Cabinet secretary, won the ruling Liberal Democratic Party's presidential election with the backing of its powerful secretary general, Toshihiro Nikai, who is known for his close relations with China.

With Beijing at odds with Washington over several matters, including its alleged human rights abuses in Xinjiang and security challenges to Taiwan, hopes grew among Chinese officials that Suga would make conciliatory gestures to Beijing, given the role Nikai played in paving the way for his premiership.

While Japan's relations with China deteriorated in the early 2010s over Tokyo-controlled, Beijing-claimed islands in the East China Sea, the then Abe government extended an olive branch to the Communist Party by utilizing Nikai's influence on bilateral ties.

However, Suga, who took office in September 2020, sought closer ties with the United States, Japan's longtime defense ally, and continued to do so as President Joe Biden came into office in January.

At their summit in Washington in April, Suga confirmed with Biden "the importance of peace and stability across the Taiwan Strait." It marked the first time in 52 years that Japanese and U.S. leaders have mentioned self-ruled Taiwan in a joint statement.

The Suga government has also repeatedly voiced concern over Beijing's crackdown on Hong Kong's pro-democracy movement and human rights abuses against the Muslim Uyghur minority in the far western Xinjiang region, which Washington has described as a "genocide."

"Many Chinese officials have been disappointed with Suga," one of the diplomats in Beijing said, adding, "Their attention has already turned to who will become Japan's next prime minister and how the new government will handle the Taiwan issue."

But China would shy away from taking a hard-line approach to Japan at least until the end of the Beijing Winter Olympics and Paralympics next year, another diplomat said. The events will be held between February and March.

Should China intensify tensions with the United States and its close ally Japan, the two democratic countries could boycott the Winter Games, bringing disgrace on Xi, who has been keen to use the sporting events to enhance national prestige, he said.

China "does not want to hold a large-scale athlete festival only for China-friendly nations," the diplomat said, adding Xi would try to avert friction with Japan before the Beijing Games so that the neighboring country will participate in the events.