The following is an account by the Kabul-based Kyodo News string correspondent who became the only Japanese to be evacuated on a Japanese defense force plane from Afghanistan in the tumultuous days following the Taliban takeover of the war-torn country, as U.S. forces moved to complete their withdrawal before the end of August. 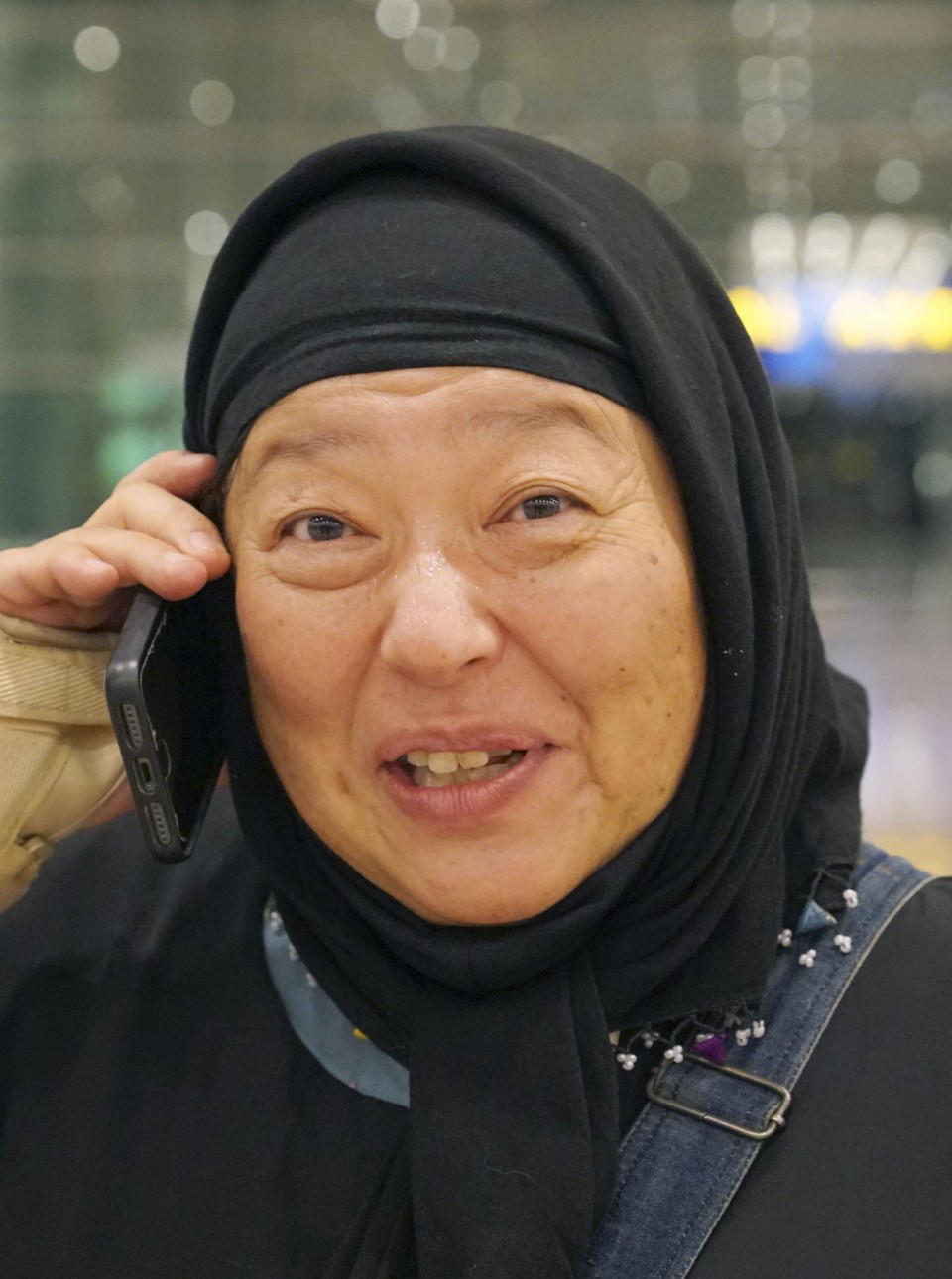 While I was on an Air Self-Defense Force plane bound for Pakistan's capital Islamabad, I busied myself with a gaming app on my smartphone. It didn't have to be a game, but I wanted to do something just so I could distract myself as much as possible.

I left Afghanistan on Aug. 27 after 20 years of living there.

The Taliban had seized control of the capital Kabul on Aug. 15 and I didn't want to leave the city. But after discussing things with my husband -- an Afghan -- I thought about being evacuated on a commercial plane. But all the commercial flights were canceled as people swarmed Kabul airport to flee.

Even after the Japanese government announced its dispatch of ASDF planes to evacuate Japanese nationals and others, I wasn't able to fully make up my mind.

Back when I was in junior high school, I was enthralled by television programs on public broadcaster NHK that featured the Silk Road, the ancient trade route that connected the East and West. I wished to see with my own eyes camel caravans traveling in the deserts.

It was in 1993 that I visited Afghanistan for the first time. I had quit an apparel company and resolved to become a professional photographer.

While the land used to prosper as the main waypoint on the Silk Road, what has now become Afghanistan was in the middle of a civil war. Displaced people were crowding camps near the border with Pakistan.

I had come to photograph Afghanistan's natural beauty and nomads, but I couldn't help shooting what was going on in front of my eyes. I became a frequent visitor to the country.

After the terror attacks on the United States in September 2001, I reported on U.S. and British airstrikes in Afghanistan. That became a pivotal moment for me. I moved to Kabul, became a string correspondent for this news agency and married a man I got to know through reporting.

Fast forward 20 years, the Taliban had just retaken control of the country after their previous rule from 1996 to 2001. Even though they now claim to respect women's rights within the framework of Islamic law, a number of people were left terrified and in despair, and headed to the airport.

On Aug. 26, three days after Japan decided to send ASDF planes to assist evacuations, I, as well as several hundred Afghans who were working for the Japanese Embassy in Kabul and the Japan International Cooperation Agency, were scheduled to be evacuated from the country.

We climbed onto more than 10 buses arranged by the embassy. But some people were late to the meeting point. As we waited for the buses to head to the airport, a suicide attack struck near the airport, forcing the transportation to be canceled.

In the early hours of Aug. 27, an embassy official called me to say Japanese nationals would be evacuated first with the help of the Qatari government. I began wondering whether I should really leave, but my husband was insistent.

"You are a foreigner married to an Afghan. I don't want anything bad to happen to you," he said.

His words helped me make up my mind.

Just before 7 a.m. I arrived at a hotel designated as the meeting point. There were 13 of us, all foreigners. I was the only Japanese. A Taliban fighter boarded our bus and carefully examined our passports, perhaps because of a Taliban policy banning Afghans from leaving the country.

A Taliban pickup truck led the way to the airport, followed by our bus and a security vehicle from the Qatari Embassy. Just a handful of people were outside the airport, completely different from the day before, when masses of people had gathered there.

The convoy was stopped 200 meters from the main gate. A Taliban fighter began quarreling with a fellow fighter assigned to airport security. But after an hour, permission was granted and once inside the airport, our bus was parked beside a Qatari military plane.

As the other foreigners climbed onto the airplane, I stayed behind and met up with a Japanese government official.

Two hours later, a C-130 transport plane emblazoned with the Japanese flag's "Hinomaru" red disc flew in. I boarded it right away. I was the only evacuee in a spacious cabin that appeared capable of accommodating as many as 100 people. I sat on a nearly empty bench and buckled up.

A small window diagonally in front of me allowed me just enough space to see the departing runway.

The city's once dusty streets are now paved and dotted with high-rises. I had seen the city change over the years but wasn't able to have one last look at it.

My husband and I used to talk about living in Japan after retirement. Never had I imagined I would be evacuated with just one suitcase, without him.

My husband was planning to leave Afghanistan through a U.S.-affiliated organization he had previously worked for. But as Afghans' access to the airport was restricted, he had no choice but to stay at our home.

"I will come back right away," I vowed to myself.

In the past, every time I returned to Japan for a visit, people seemed surprised to hear me say I lived in Afghanistan. They would ask me if it's safe to live there. To me, it's a comfortable place.

A multi-ethnic country with diverse culture, the people are unpretentious and kind, even to the point that it gets too much, at times. But the same people have also become victims of civil wars and terror attacks, and endured poverty.

I worry about the course of the country after the U.S. military withdrawal. I worry that a conflict will occur again without an international intervention, leaving orphaned children to fill the streets.

I have given a small measure of support to reconstruction efforts in Afghanistan by opening schools for children in poverty. Will that also be in vain?

I sincerely hope that the international community, and Japan, will not abandon the country I love. 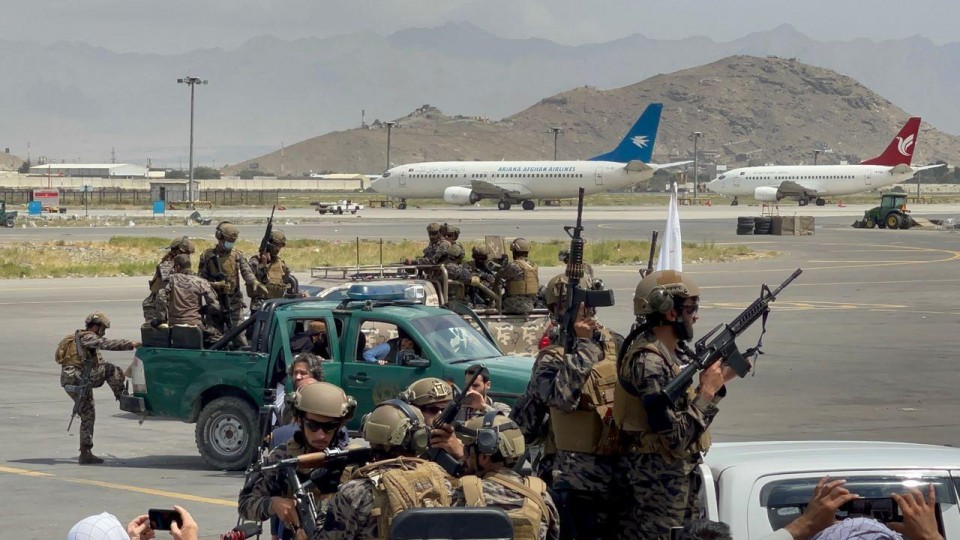 Taliban take control of Hamid Karzai International Airport in Kabul on Aug. 31, 2021, after the completion of the U.S. withdrawal from Afghanistan. (Anadolu Agency/Getty/Kyodo)