Japan saw a sharp increase in the deaths of people aged 59 or younger due to COVID-19 amid the latest round of the coronavirus pandemic with the spread of the highly contagious Delta variant, the health ministry said Tuesday.

In the fifth wave of the pandemic from mid-July to early September, those aged 59 or younger accounted for 20.6 percent of the total COVID-19 deaths of 860, with the rate jumping more than fivefold from 3.8 percent of the death toll reported before early February, according to the Health, Labor and Welfare Ministry. 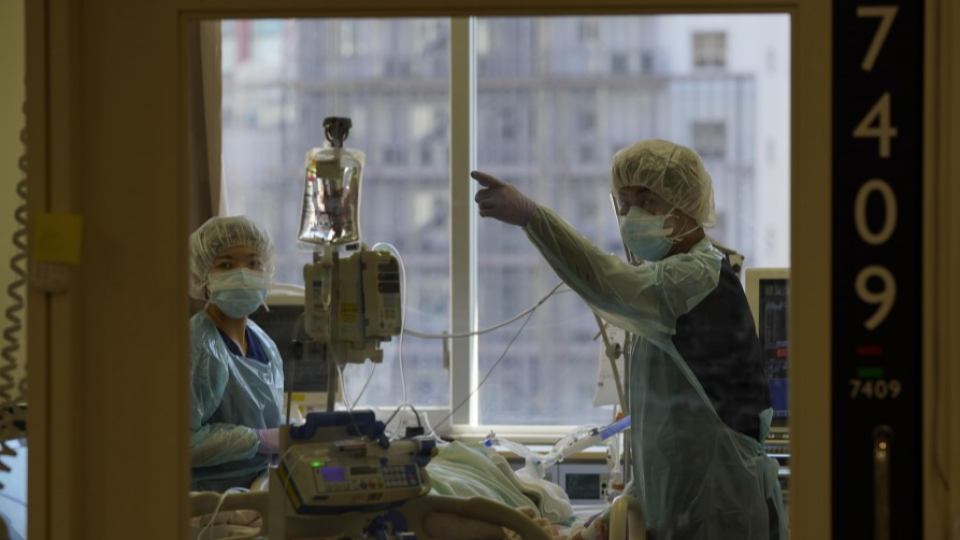 Nurses take care of a COVID-19 patient with severe symptoms inside an enclosed room at Tokyo's Juntendo University Hospital on Aug. 6, 2021, with the virus remaining rampant in the capital. (Kyodo) ==Kyodo

A total of 29 people aged 39 or younger died due to COVID-19 in the fifth wave, accounting for nearly half of the cumulative total fatalities of 63 in the same age group since the start of the pandemic, the ministry said.

While over 50 percent of the nation's population of 125 million has now been fully vaccinated against COVID-19, the inoculation rollout has yet to reach many of the younger generation despite surging infections driven by the Delta variant of the coronavirus.

Japan launched the inoculation program in February initially for health care workers and expanded it to people aged 65 and older in April and later to the rest of the public.

"The reason why severe symptoms and deaths among people in their 40s and 50s have become relatively prominent is that the vaccination (of elderly people) has progressed," said Kazuhiro Tateda, a virology professor at Toho University.

Before the launch of the vaccination program, 96.2 percent of the 5,295 cumulative deaths reported by early February were COVID-19 patients aged 60 or above. By age group, those in their 80s accounted for 40.8 percent of the total fatalities.

But in the period between mid-July and early September, the rate of those aged 60 or above among the total deaths of 860 came to 79.4 percent.

According to an estimate by the ministry, the number of COVID-19 deaths in Japan among people aged 65 and over in July and August has been reduced by about 8,400 thanks to vaccination.