Taiwan fighter jets landed on a rural highway in the island on Wednesday as part of its annual military exercise to test the ability of pilots and aircraft to land on the narrow road in the event military runways are damaged by enemy forces.

The landing drill, part of the five-day Han Kuang military exercise that involved all armed forces and started on Monday across Taiwan, featured four military planes including an indigenous fighter jet manufactured in Taiwan, an F-16V made in the United States, a Mirage 2000 from France. 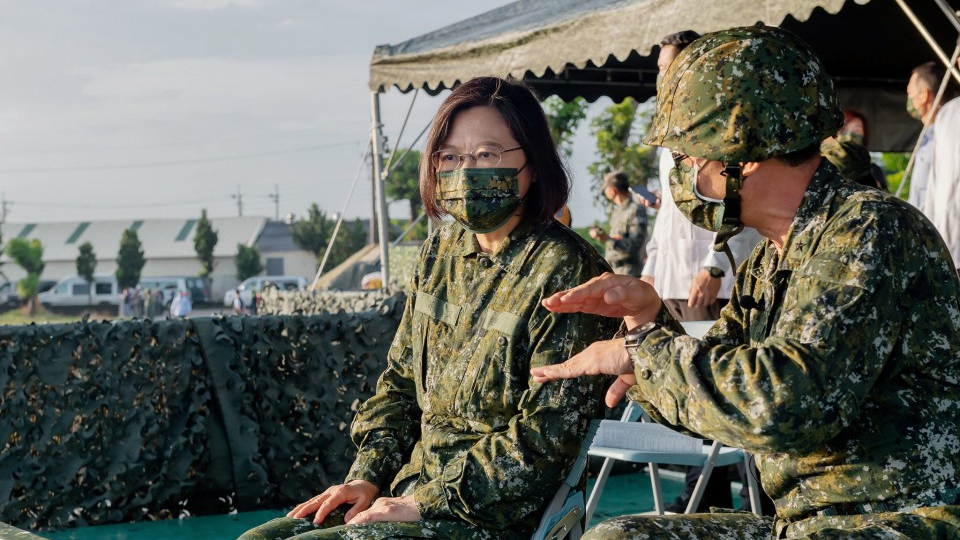 President Tsai Ing-wen, who observed the drill conducted at the highway near Jiadong in Pingtung county, commended it as "swift" and "definite" in a Facebook post and said it demonstrated the confidence in the air force to defend Taiwan's airspace.

The section of the highway used for the Wednesday drill is one of the five runways on regular roads that would accommodate emergency fighter jet landings.

The annual military exercise is being held amid increasing tensions in the Taiwan Strait as China has sent warplanes into Taiwan's air defense identification zone.

Taiwan and mainland China have been governed separately since they split amid civil war in 1949. Beijing has since regarded Taiwan as a renegade province awaiting reunification, by force if necessary.