Emperor Naruhito and his family began moving to their new residence on the grounds of the Imperial Palace in Tokyo Monday, more than two years after ascending the throne, the Imperial Household Agency said.

Since the emperor was enthroned on May 1, 2019, the day after his father Akihito stepped down as emperor, the first abdication in about 200 years, renovations and other preparations have been under way to prepare for the move. 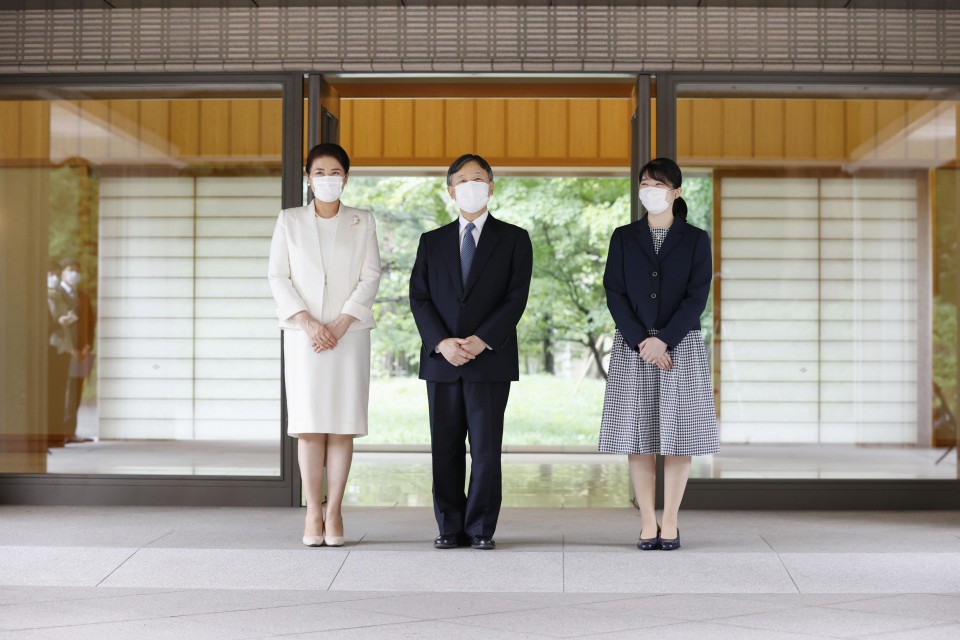 Japanese Emperor Naruhito, Empress Masako and their daughter Princess Aiko pose on Sept. 6, 2021, at the Imperial Palace in Tokyo, their new home after moving out of the nearby Akasaka Estate. (Kyodo) ==Kyodo

The sword and jewel inherited from the former emperor as proof of ascension to the throne were transferred from the nearby Akasaka Imperial Residence, where the emperor, 61, Empress Masako, 57, and their only child Princess Aiko, 19, had resided.

"I am preparing myself as I move into the palace, which has served as a foundation for the successive emperors to fulfill their duties. I will perform my daily duties with a fresh mind," the emperor said in a statement.

The family will reside in another building on the palace grounds until around Sept. 15 while the moving work is completed, the agency said.

The former emperor, 87, and former Empress Michiko, 86, temporarily reside in the Takanawa Imperial Residence after moving out of the residence at the palace.

They will move to the Akasaka residence after its renovations are completed by around May or June next year, according to the agency.