Yu Darvish threw seven scoreless innings but got no result Saturday after the St. Louis Cardinals rallied late for a 3-2 comeback win over the San Diego Padres.

Darvish struck out nine and allowed just three hits and a walk before exiting the game at St. Louis' Busch Stadium with the Padres leading 2-0 on RBIs from Tommy Pham and Victor Caratini. 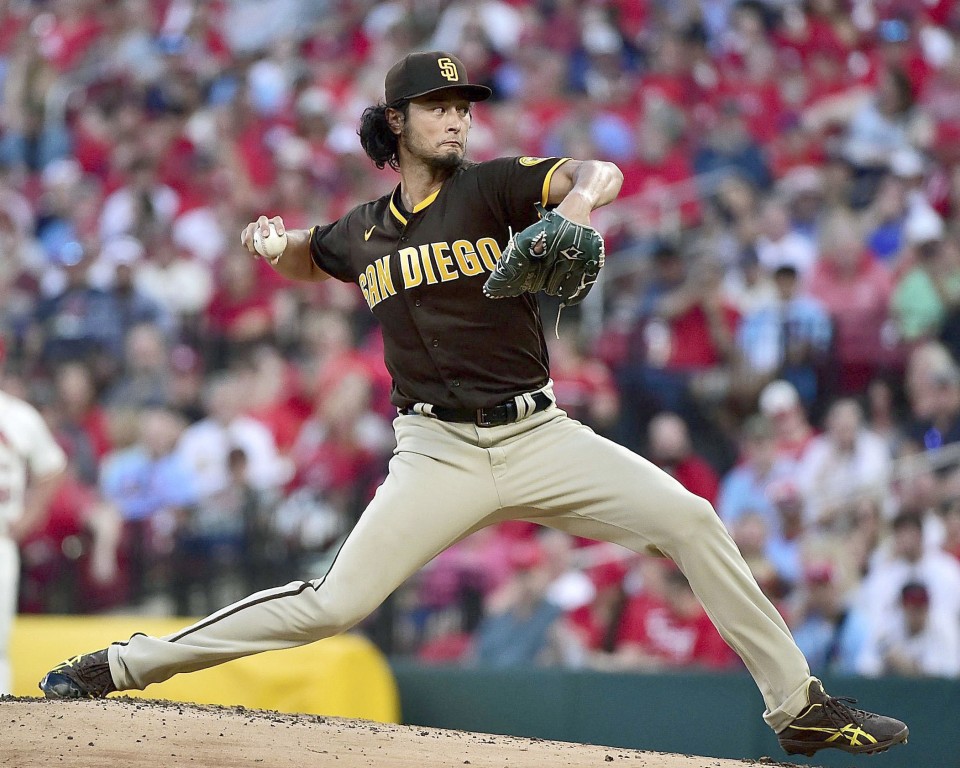 Yu Darvish of the San Diego Padres pitches against the St. Louis Cardinals at Busch Stadium on Sept. 18, 2021, in St Louis, Missouri. (Getty/Kyodo)

The Japanese right-hander's hopes of a ninth win were dashed in the bottom of the eighth, with reliever Emilio Pagan (4-2) on the mound, when Tyler O'Neill followed a sacrifice fly with a go-ahead two-run home run.

The quality start was a welcome turnaround for Darvish, who surrendered eight runs, including four homers, on Monday against the San Francisco Giants.

San Diego's loss to a rival in the National League wild card race could prove costly. St. Louis, winner of seven straight, now holds a two-game wild card lead over the Cincinnati Reds, with San Diego a half-game further back.

"It was a very important head-to-head matchup, so I was just pitching to get a win for the team. We just have to forget about it quickly and prepare for tomorrow's game," said Darvish, who has been up and down since coming off his second stint on the injured list with a tight lower back.

Elsewhere in the majors, Shohei Ohtani went 2-for-4 and scored the Los Angeles Angels' only run in a 3-1 loss to the Oakland Athletics.

Ohtani delivered singles in the seventh and ninth at Anaheim's Angel Stadium but did not add to his 44 home runs, which have him third in the major league home run race.

The two-way superstar is scheduled to take the mound against the Athletics on Sunday, when he will bid to become the first American League or NL player to record double-digit wins and home runs in a single season since Babe Ruth in 1918.

Yoshitomo Tsutsugo continued to deliver at the plate for the Pittsburgh Pirates, going 2-for-4 with a run and a walk in a 6-3 win on the road against the Miami Marlins.

The 29-year-old slugger has reached base for 12 straight games and is batting .300 in 29 games since joining the Pirates as a free agent last month.

At Kansas City's Kauffman Stadium, Yusei Kikuchi (7-9) took the loss after lasting just three innings, giving up three runs on eight hits, while striking out three, as the Seattle Mariners fell 8-1 to the Royals.