Japanese swimmer Keiichi Kimura has had a long swimming career in which he has collected multiple Paralympic medals and world titles, but he remains on a mission at his home games to achieve the one accolade he is missing -- his first Paralympic gold.

Prior to the opening of the world's biggest sporting event for disabled athletes, the 30-year-old said he took much inspiration from the Japan Olympic team's record haul of 27 gold medals.

"Watching the Olympic Games was my motivation boost. I was able to believe it's going to be our time next," Kimura said. 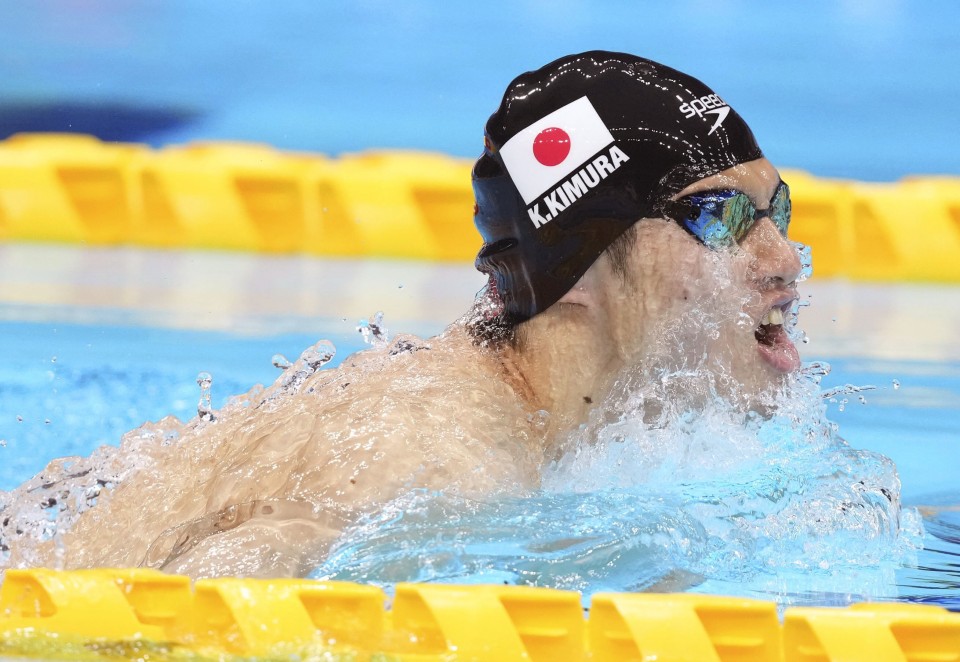 Keiichi Kimura of Japan competes in a heat for the men's SB-11 100-meter breaststroke at the Tokyo Paralympics on Sept. 1, 2021, at Tokyo Aquatics Centre. (Kyodo)

Born in 1990 in Ritto, Shiga Prefecture, western Japan, he lost his vision at age 2 due to a condition called proliferative vitreoretinopathy, which develops as a complication of retinal detachment.

The Japanese team won no gold medals at the 2016 Paralympic Games in Brazil, and Kimura was disappointed he could not be the man to get at least one.

After the Rio Games, Kimura began to think history would repeat in Tokyo if he does not make some changes to his status quo.

He moved his base to the United States in 2018 to work with coach Brian Loeffler at Loyola University Maryland in Baltimore, looking to zero in on winning his first gold medal at the Tokyo Games.

Paralympics: World champ Tokairin has no regrets despite missing medal

Kimura was introduced to the coach by U.S. Para swimmer turned triathlete Brad Snyder, his hero who lost his eyesight during a deployment to Afghanistan from 2010 as a member of the U.S. Navy.

However, his plan experienced a hiccup in the form of the coronavirus pandemic which forced him to return to Japan in March 2020. He has continued to be coached remotely by Loeffler, though.

The experience of living in the United States made him a more self-assured person, he believes, a change that has been reflected in his swimming, as he had to overcome a language barrier and other obstacles that come with living in a foreign country.

After coming back from the United States, he started to post his writings on his U.S. experience in an online community where people share essays, novels, photographs, illustrations and videos. He wanted others to understand his experience.

He welcomed the feedback he received from readers, and the experience motivated him to write a book about his life.

Kimura started writing his autobiography "Yami wo oyogu" (Swim in the darkness) in the fall and published it in August.

"My life, filled with fun and drama, is supported by a lot of people. I will be happy if that warm feeling is understood," he said.

At age 6, he left his home for a boarding school for students with visual impairment in Shiga Prefecture and took up swimming there as a fourth-grader after his mother encouraged him to do so. 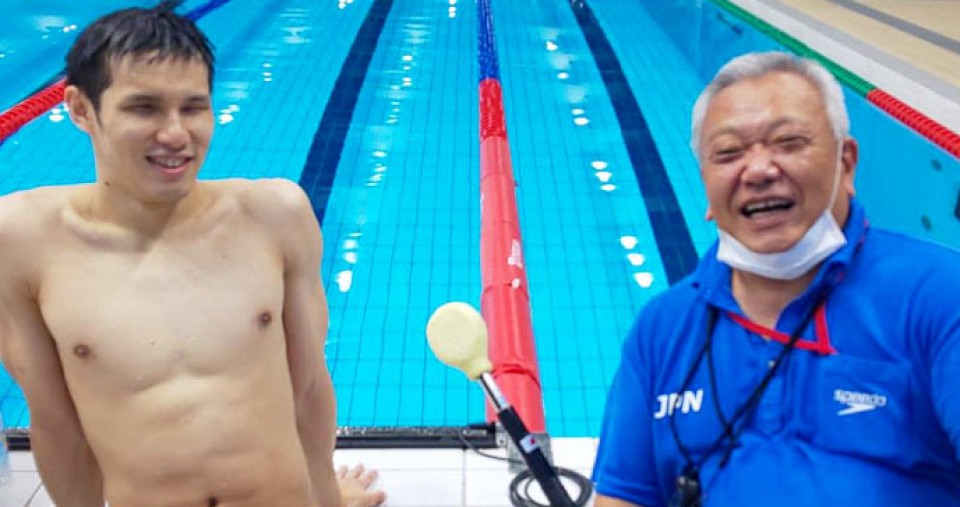 Keiichi Kimura (L) is pictured with coach Masato Teranishi at an undisclosed location around March, 2021. (Photo courtesy of Tokyo Gas)(Kyodo)

He entered the Special Needs Education School for Visually Impaired at the University of Tsukuba in Tokyo when he was 12 years old.

Memories of his school days, such as sneaking out of his dormitory with friends late at night and traveling around with them with white canes used by visually impaired people in their hands, are vividly portrayed in the book.

He also confessed in the book that he had struggled to sleep due to pressure he felt during the Rio Games in 2016.

"Darkness can be interpreted as a word which has the potential to expand when it turns to light," said Kimura, explaining why he used that particular word in the title of his book.

In another example of his expanded horizons, he came up with the slogan of the Japanese Paralympic swimming team, a motto that suits him and his journey perfectly.

"Give your 100 percent now and into the future" -- a true reflection of what he is trying to do in the Tokyo Games pool.