Shohei Ohtani came up with back-to-back triples Saturday to lead the Los Angeles Angels' 14-1 rout of the Seattle Mariners.

A day after tying an MLB record by walking 11 times in a three-game span against the Houston Astros and Mariners, the two-way star demonstrated why opposing teams had been pitching around him. 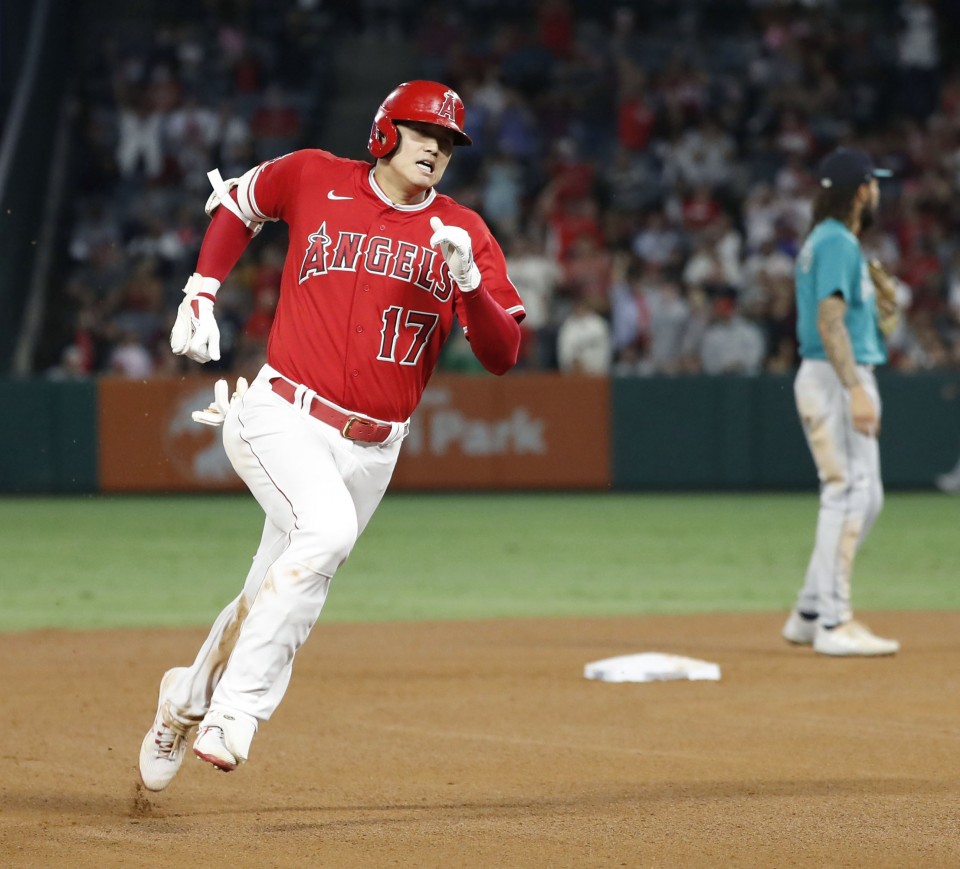 Los Angeles Angels two-way star Shohei Ohtani runs the bases after hitting a triple in the third inning of an American League game against the Seattle Mariners at Anaheim's Angel Stadium on Sept. 25, 2021. (Kyodo)

Ohtani put the Angels up 1-0 in the bottom of the first with a sharp line drive triple to right off Tyler Anderson (7-10).

He made it 4-1 in the third with an almost identical triple, once again flying around the bags to beat the throw.

The 27-year-old drew a bases-loaded walk to make it 9-1 in an eight-run third for the Angels. He finished 2-for-3 with three RBIs, three runs scored, two walks and a strikeout.

The favorite to win American League MVP, Ohtani did not add to his 45 homers and remains one behind Vladimir Guerrero Jr. of the Toronto Blue Jays and the Kansas City Royals' Salvador Perez in the race for the MLB home run crown.

The Angels on Saturday named Ohtani their club MVP as well as the team's best pitcher for 2021, as voted by players. It is the first time both awards have been won by the same player.