Former Japan international Keisuke Honda is joining Lithuanian top-division side Suduva, he said on his YouTube channel on Tuesday.

The 35-year-old has been without a club since leaving Neftci in Azerbaijan in June. Lithuania will be the eighth country abroad in his playing career which included a spell at Italian giants AC Milan between 2014 and 2017. 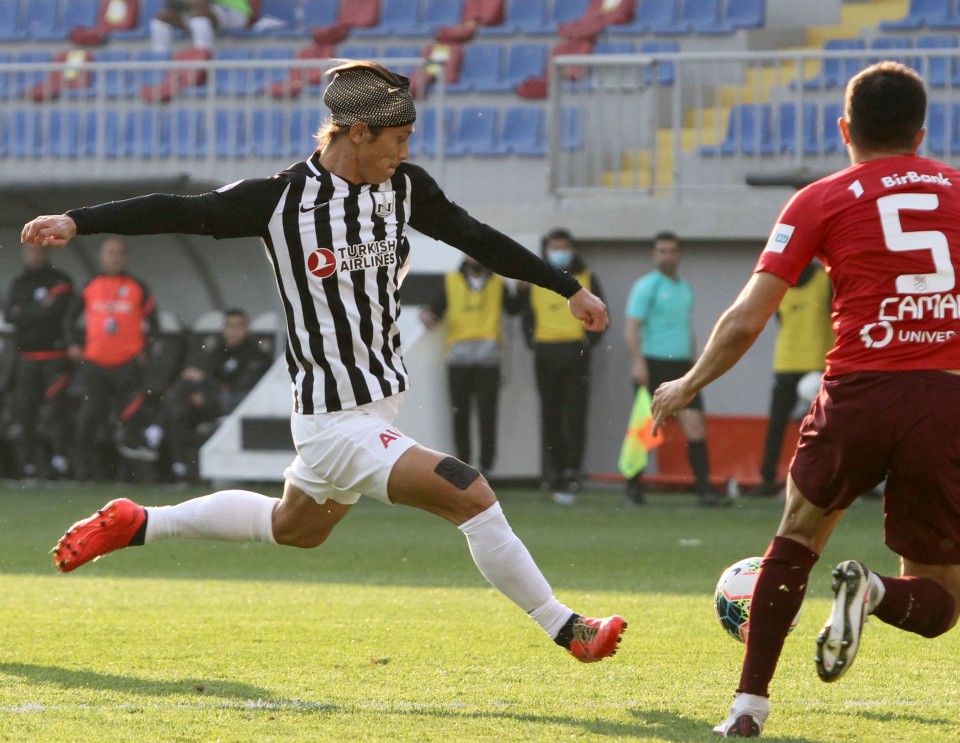 Honda began his professional career at Nagoya Grampus in 2005 before also going on to play in the Netherlands, Russia, Mexico, Australia and Brazil.

Currently the general manager of the Cambodia national team, Honda is the only Japanese player to score at three different World Cups, starting in 2010 in South Africa.