World No. 1 Shingo Kunieda of Japan defeated world No. 2 Alfie Hewett of Britain, 6-1, 6-4 to capture his eighth title in wheelchair men's singles at the U.S. Open wheelchair tennis competition on Sunday. 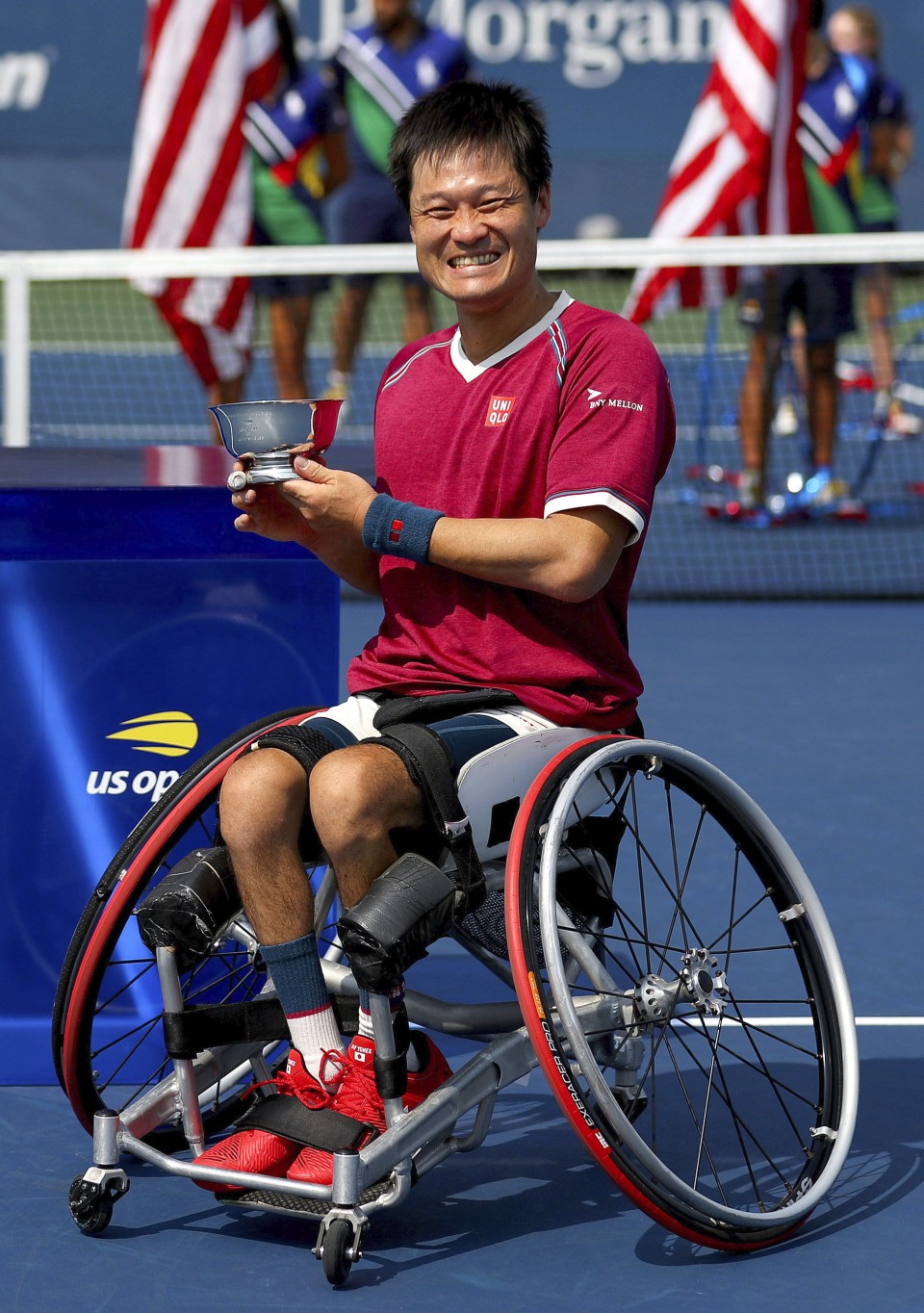 "I think I played my best tennis here and at the Paralympics," said the 37-year-old Kunieda, who won his fourth Paralympic gold medal in Tokyo earlier this month.

"I'm tired after having competed in back-to-back tournaments at the Paralympics and U.S. Open. I gave it my all. It's the happiest moment of my career but I want to rest a little," he said.

It was the third time since 2018 that Kunieda and Hewett have met in the final in New York, Hewett having won their 2018 title decider before Kunieda won his seventh U.S. Open title in 2020 in a third and final set tie-break.

Hewett, who won the wheelchair doubles title with compatriot Gordon Reid on Saturday, was chasing a third title at Flushing Meadows.

In the wheelchair women's final, Diede de Groot of the Netherlands beat Japan's Yui Kamiji 6-3, 6-2 to complete a Golden Slam in wheelchair tennis after winning singles gold at the Tokyo Paralympics, plus all four majors in this calendar year.

In her home Paralympic Games, Kamiji settled for silver, losing to de Groot in the women's wheelchair final on Sept. 3.

"I tried to put pressure on my opponent. I tried to keep the ball low and hit cross-court shots but I lacked accuracy," Kamiji said.

"I was on a tight schedule coming here right after the Paralympics but I'm glad I competed," she said.

There were just four days between the gold medal match at the Tokyo Paralympics and the start of the U.S. Open.