The following is a chronology of major events related to the Cabinet of Japanese Prime Minister Yoshihide Suga who announced his intention Friday not to run in the ruling Liberal Democratic Party's presidential election. 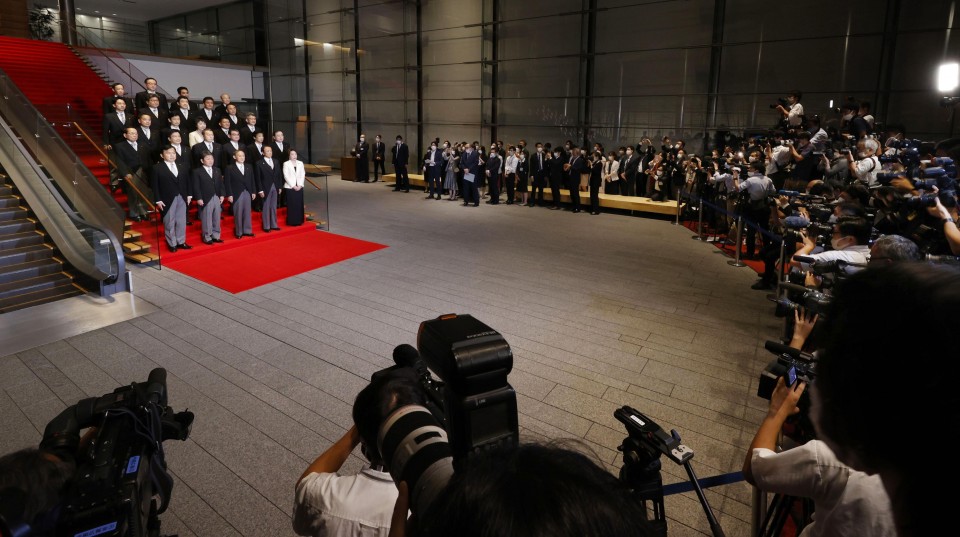 Prime Minister Yoshihide Suga and his Cabinet members attend a photo session at his office in Tokyo on Sept. 16, 2020. (Kyodo)

Dec. 14 -- Suga announces suspension of "Go To Travel" subsidy program nationwide due to spread of COVID-19. 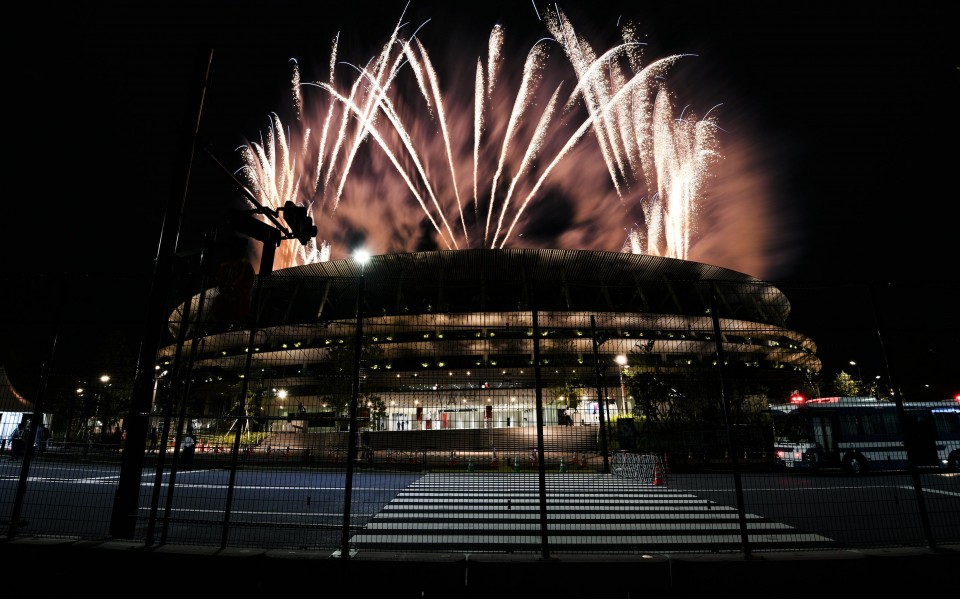 Fireworks soar above the National Stadium during the opening ceremony of the Tokyo Olympics on July 23, 2021, in Tokyo. (Kyodo) ==Kyodo