Prime Minister Yoshihide Suga on Wednesday ruled out dissolving the House of Representatives for a general election anytime soon given Japan's severe COVID-19 situation, tamping down speculation he will do so in mid-September.

Suga, who also told reporters he will not postpone the ruling Liberal Democratic Party's leadership race scheduled for Sept. 29, is set to reshuffle LDP executives including Secretary General Toshihiro Nikai as soon as Monday, people familiar with the matter said. 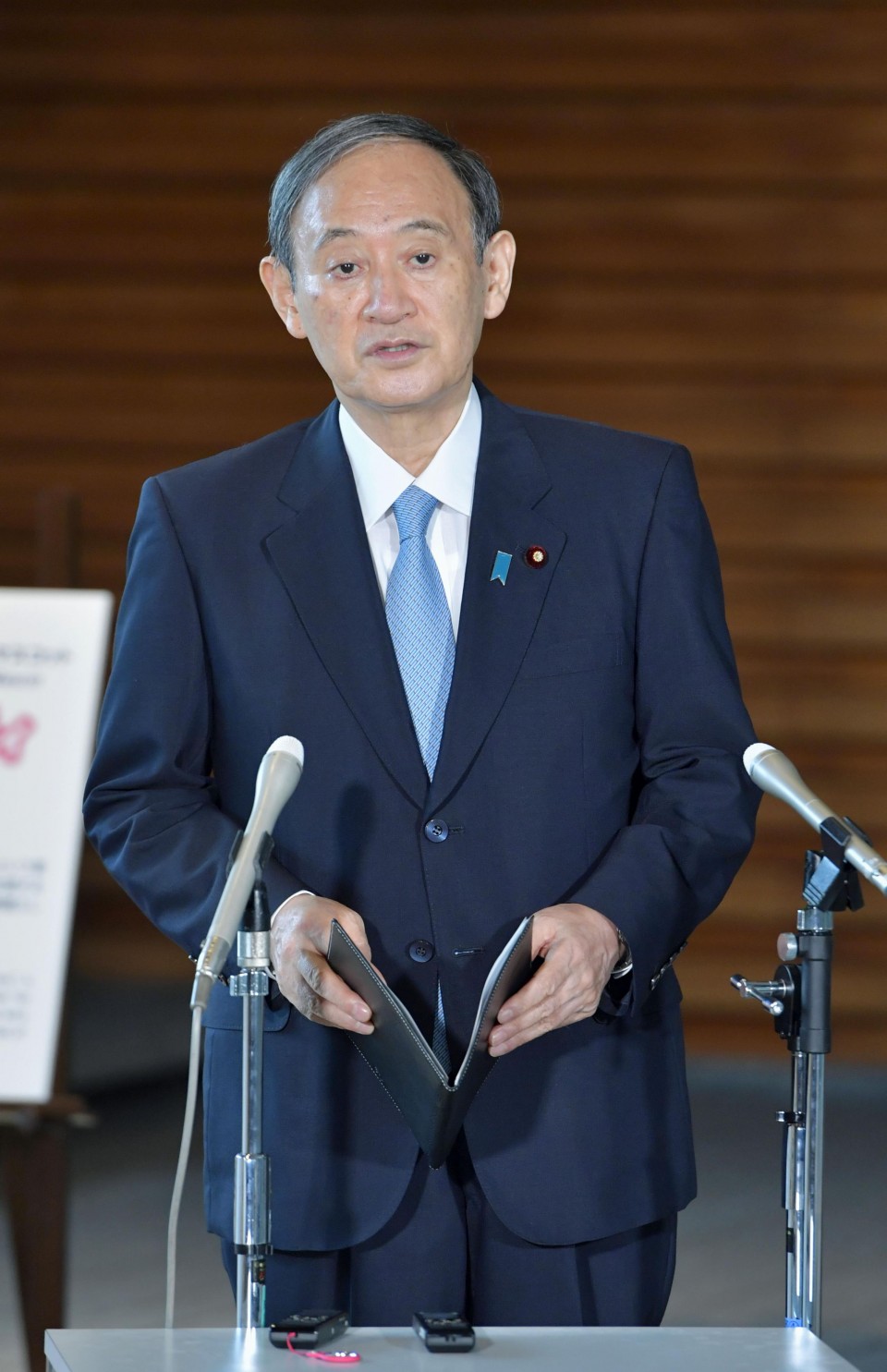 Prime Minister Yoshihide Suga speaks to reporters at his office in Tokyo on Sept. 1, 2021. (Kyodo)

Along with the change of LDP executives, the prime minister is also expected to make a minor change to his Cabinet.

"I've said COVID-19 countermeasures are my top priority, and that has not changed at all. Considering the severity of the current situation, dissolving (the lower house) isn't possible right now," Suga said.

The comments appeared to increase the odds of Suga letting House of Representatives members serve out their terms through Oct. 21, with Oct. 5 the most likely date for the start of campaigning for the general election and votes to be cast on Oct. 17.

Lower house members have only reached the end of their four-year terms once before under Japan's postwar Constitution, in 1976 during the government of Prime Minister Takeo Miki.

With his public support flagging amid dissatisfaction with his government's COVID-19 response, there had been speculation that Suga will call an early general election in the hope of winning at least a modest victory before facing off against former Foreign Minister Fumio Kishida and other potential rivals in the party leadership race.

Suga was pushed in this direction by Nikai in a meeting Tuesday night but was talked down by former Prime Minister Shinzo Abe and Koizumi, who warned that delaying the LDP vote would lead to a catastrophic loss of trust from party members, according to people familiar with the conversations.

One person close to Suga said it was too early to say whether he will ultimately decide to dissolve the lower house, adding that "it all comes down to the COVID-19 situation."

Jun Azumi, head of parliamentary affairs at the main opposition Constitutional Democratic Party of Japan, criticized the prime minister's unwillingness to set a date for the general election as "irresponsible."

Japan is experiencing its largest wave of infections yet, with hospitals struggling to deal with a surge in patients with severe symptoms amid the spread of the highly contagious Delta variant of the coronavirus.

The approval rating for Suga's Cabinet has fallen to its lowest level since he took office last September, with the Tokyo Olympics and Paralympics doing little to buoy his popularity and some within his own party questioning his leadership.

Nikai, the LDP's No. 2 man and a power broker who played a key role in Suga's rise, has been criticized by some in the party as taking a high-handed approach and staying on as secretary general for too long -- a record five years.

Kishida, who has proposed imposing a limit of three consecutive years for LDP executives in a move widely seen as targeting Nikai, is set to hold a press conference Thursday to unveil his policy platform for the party leadership race.