The 20-year-old playmaker for Spanish top-flight side Mallorca could be sidelined for around a month after taking a knock during Wednesday's La Liga clash with Real Madrid, according to Mallorca manager Luis Garcia. 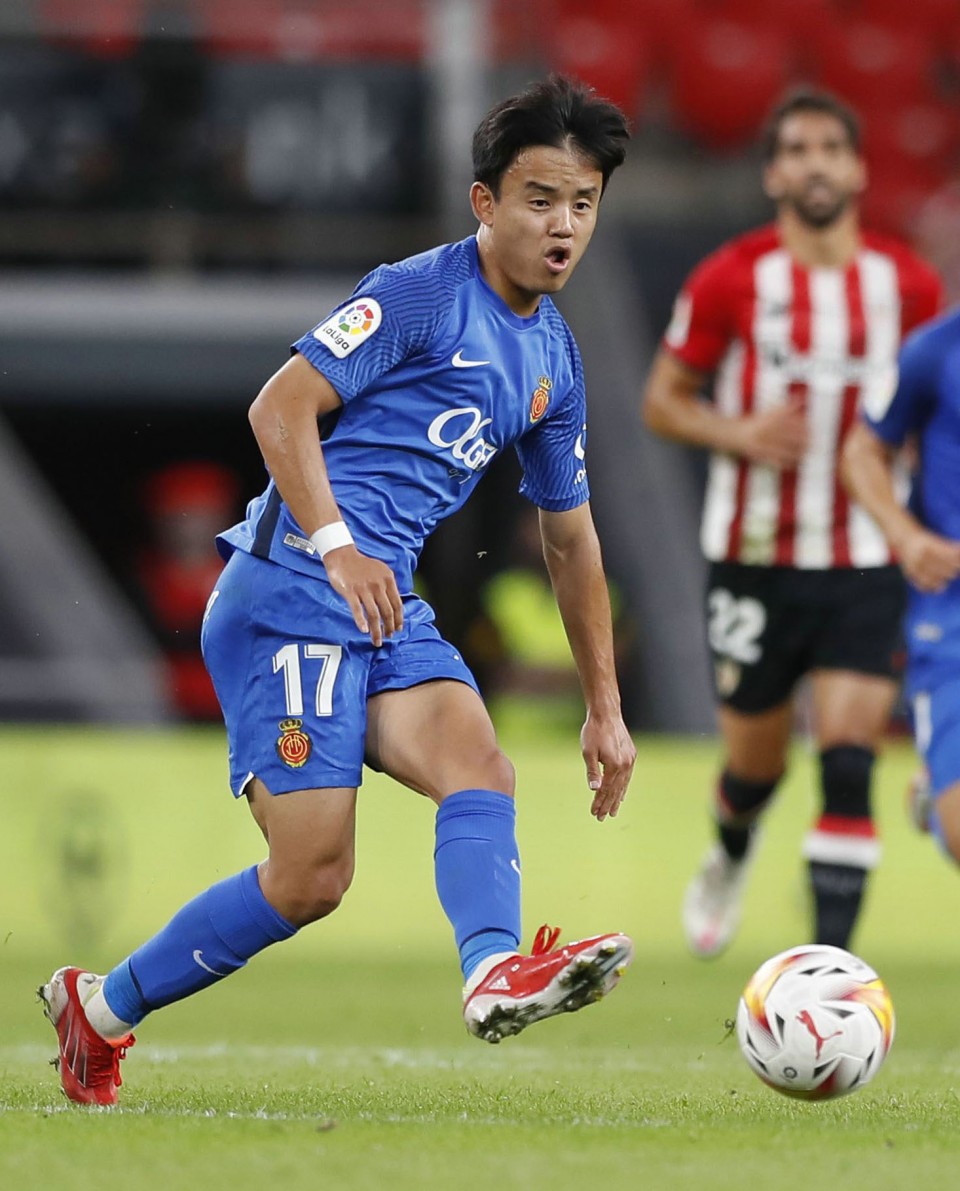 Mallorca's Takefusa Kubo passes the ball during the first half of a La Liga football match against Athletic Club on Sept. 11, 2021, in Bilbao, Spain. (Kyodo) ==Kyodo

The rehabilitation period will overlap with Japan's next two matches in the final round of Asian qualification for the 2022 World Cup, away to Saudi Arabia on Oct. 7 and against Australia at Saitama Stadium on Oct. 12.

Moriyasu, who watched Saturday's Bundesliga match between Union Berlin and Arminia Bielefeld in the German capital, said Kubo should only return to the pitch once he is fully recovered.

"It could take longer, but I just want him to concentrate on getting healthy," Moriyasu said.

"He'll have a long career. There's no need to risk getting hurt again by rushing back. I want him to regain perfect health, so this won't lead to a more serious injury.

Kubo, who is on loan from Real Madrid, played just the first half of Wednesday's match, won 6-1 by Real, and revealed the injury on a social media post the following day.