The story of Japanese immigrants in Manchuria before their home country's defeat in World War II is not just a tragedy belonging to the past but also a source of valuable lessons for today's Japanese about how to relate to local and state authorities, according to a documentary maker who has researched the issue for over two decades.

In a book published this summer on the immigrants, Takanori Tezuka, 55, shines a light on the people involved at the grassroots level in encouraging Japanese villagers to become agrarian settlers in Manchuria, where Japan had set up a puppet state in 1932. 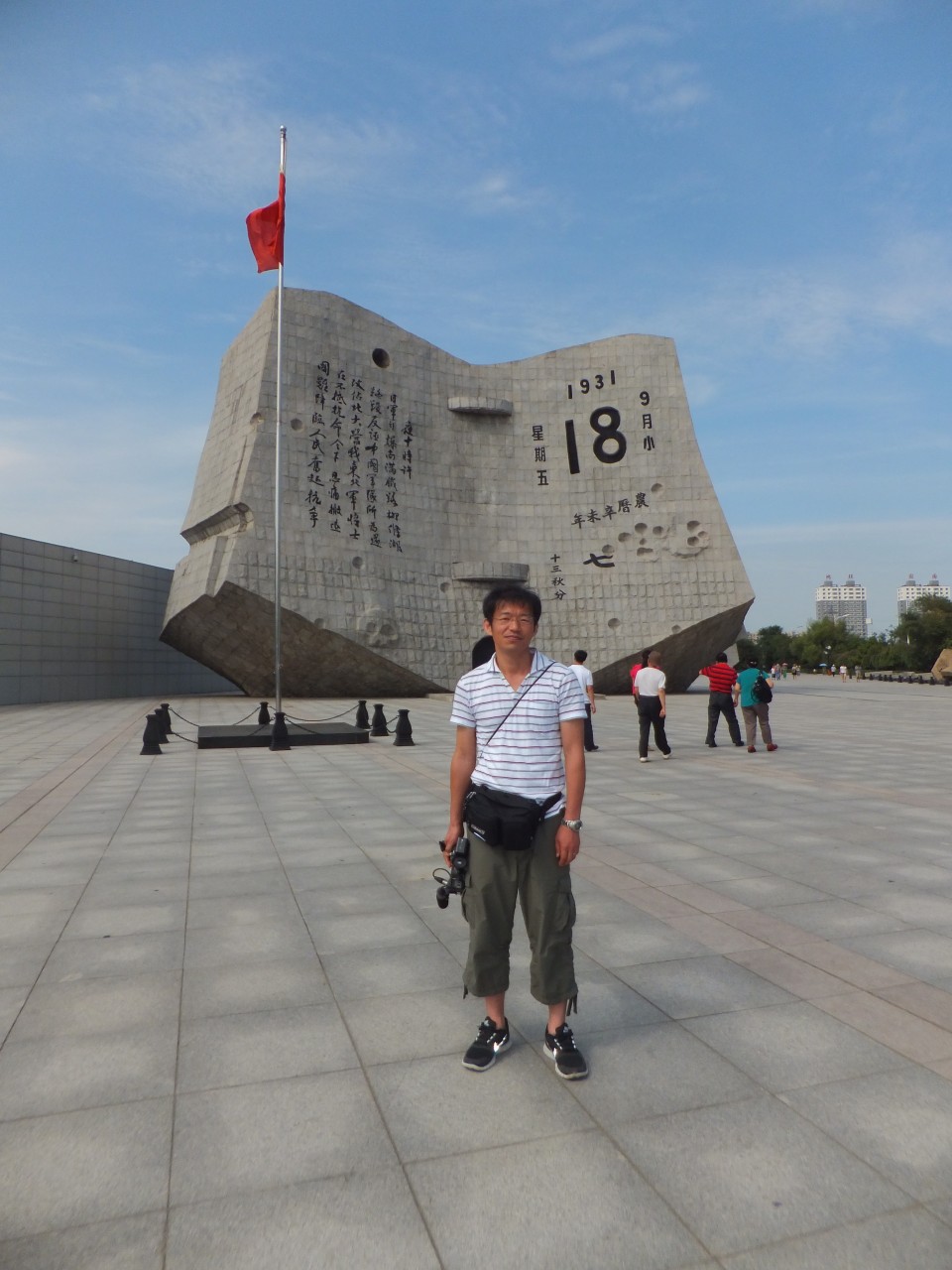 Tezuka believes the immigrants -- many of whom ended up in labor camps or died after Soviet forces entered Manchuria in 1945 -- and the local leaders who had encouraged them to move paid the price of blind faith in the authorities and that such unqualified trust is a trait still alive in Japanese society today.

"I think that particularly for Japanese people it is still a strong tendency, and that is a very dangerous thing. Questioning should be the most valuable lesson we can learn from the tragedy," Tezuka said in a recent interview ahead of the 90th anniversary of the Manchurian Incident in 1931, which preceded the establishment of Manchukuo and marked the beginning of Japan's military involvement in China.

Local leaders, such as Mori Kurumizawa, a former mayor of Kawano village in Nagano Prefecture whose diaries Tezuka has studied, played a pivotal role in encouraging emigration to Manchuria, he said.

The diaries showed how a young, idealistic, and liberal village mayor filled with passion for serving the public changed into a cog of state policy and eventually took his own life out of remorse following the war, according to Tezuka.

He said his shock at reading about Kurumizawa's experiences was what inspired him to launch his research and produce TV documentaries about Japan's Manchurian immigrants. 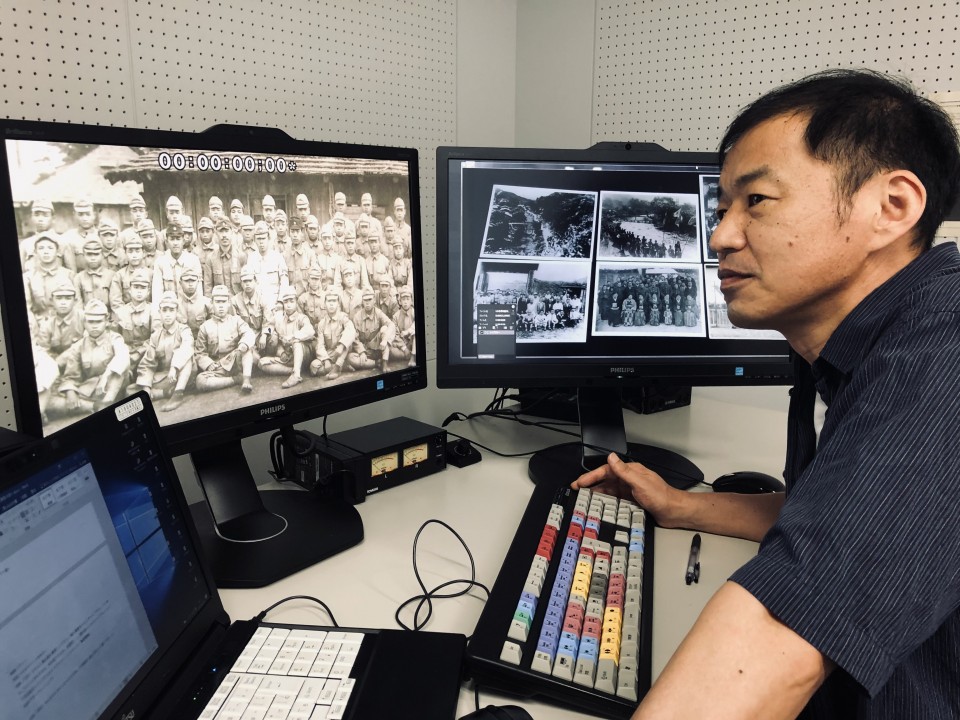 In Tezuka's recently published book, "Maboroshi no Mura" (Phantom Village), Kurumizawa's grandson Shin, a psychiatrist in Osaka Prefecture, related that what saddened him most about his grandfather was that in doing what he thought was good for his village, he had taken the side of the aggressors.

Kurumizawa, who repeatedly said he wanted to "live right" in his diaries, which he kept from 18 until his death at the age of 42, sympathized with the idea of a "stable East Asia," the justification Japan's leaders gave for leading the country into war, Tezuka said.

On Sept. 18, 1931, part of the South Manchuria Railway on the outskirts of Mukden, now Shenyang, was bombed, a conspiracy planned by the Kwantung Army of Japan, which was in charge of the defense of the railway.

Japan had acquired the southern part of the railway system in Manchuria from Russia after victory in the Russo-Japanese War (1904-1905) and established the South Manchuria Railway Company, known as "Mantetsu," to operate it.

Calling the bombing the work of Chinese forces, the Kwantung Army quickly seized control of Mukden in the name of self-defense, and in 1932, Manchukuo was created by the Japanese army with Pu Yi, the last Qing emperor, as its nominal ruler.

A mass-immigration plan to send about 5 million people to Manchuria, part of today's northeastern China, over a 20-year period became state policy after it was approved by Japan's Cabinet in 1936.

The policy was aimed at helping Japan's rural workers out of an agricultural slump and increasing food output, but the influx was also meant to help control and defend Manchuria, according to the Memorial Museum for Agricultural Emigrants to Manchuria in Nagano Prefecture.

The Japanese government encouraged local officials to get involved in recruiting for the program by giving them subsidies and financially favorable treatment. Around 270,000 people across the country crossed the sea, lured by the message that they could become landowners in Manchuria.

Nagano Prefecture in central Japan sent the largest number, at about 33,000.

Kurumizawa, who became Kawano mayor at age 36, played a significant role in organizing and sending a group of 95 villagers to Manchuria in 1944.

However, by May 1945, the Japanese military had decided to abandon three-quarters of Manchuria, and the bulk of the Kwantung Army relocated to southern fronts in what had now become World War II. The army's depleted ranks were replenished by drafting male settlers aged between 18 and 45.

After the Soviet invasion of Manchuria and Japan's surrender in WWII in August 1945, most of the settlers from Kurumizawa's village committed mass suicide. In all, 73 of them, mostly women and children, died, and Kurumizawa killed himself the following year.

The final page of Kurumizawa's diary was missing, but a newspaper carried his last words, which also became recognized as his will.

"I am sorry for driving agricultural immigrants into such miserable conditions. Regrettably, I can't take care of them anymore. Please make my property and house available for them," Kurumizawa said.

By the end of the war, about 1.55 million Japanese, including those working in nonagricultural sectors, resided in Manchuria.

Soviet forces sent an estimated 575,000 Japanese, including military personnel and civilians, to engage in forced labor in Siberia and elsewhere, with some 55,000 dying in labor camps, according to the Health, Labor and Welfare ministry of Japan.

Meanwhile, some children of settlers, separated from their parents in the chaos, were raised by Chinese families. So far, over 2,800 such people have been recognized by the Japanese government as "war orphans" and 2,557 of them allowed to return and settle in the country permanently.

Not all local leaders, however, were willing to take part in Japan's Manchuria emigration drive.

Tadatsuna Sasaki, who was the mayor of a village then known as Oshimojo in Nagano, said in an interview conducted in 1987 that he decided against offering support after inspecting the settlements of Japanese agricultural immigrants in Manchuria during a month-long visit in 1938.

His taped interview was donated to the museum.

"It seemed like most of the farmland was already cultivated, and I was suspicious that it was forcibly expropriated (from locals)," he said, although he added that he did see some evidence of development work by Japanese immigrants in a few settlements.

Kurumizawa, too, inspected a settlement in the suburbs of Hsinking, the capital of Manchuria, with an advance group of immigrants in March 1944, by taking an express train from Busan in what is now South Korea, but he stuck to his belief in the government's emigration policy.

Most of the former immigrants whom Tezuka spoke with said they were unaware that the land and housing had been taken from locals, but he suspects many harbored doubts about what had really happened.

Still, he said, many believed they deserved the property as they had endured an agricultural slump back home and moved to the continent with dreams of starting anew.

"I think they might have been afraid of losing the land and houses they finally obtained," he said, adding such concerns prevented them from probing further into how the property that they were taking had been obtained.