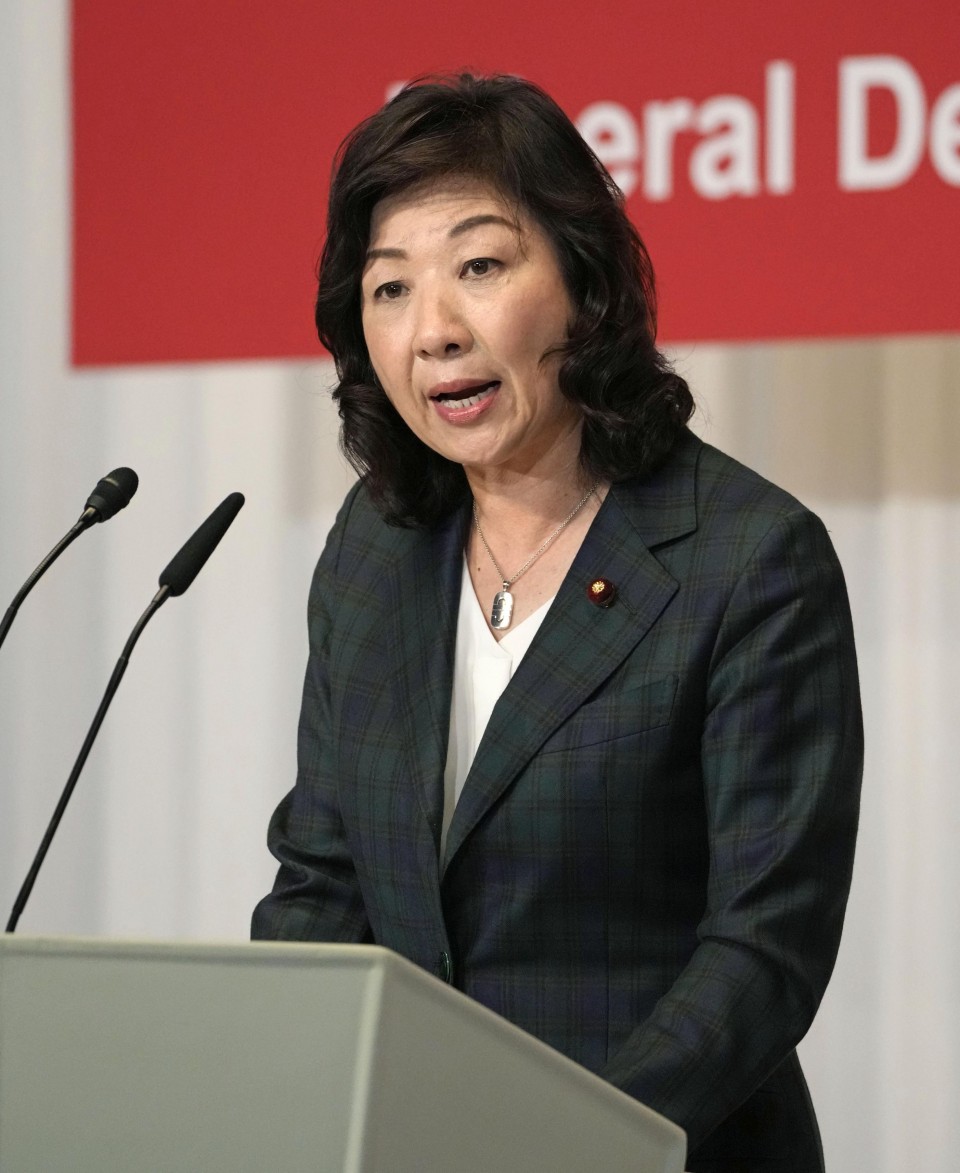 Seiko Noda, executive acting secretary general of the ruling Liberal Democratic Party, speaks at an event to deliver policy speeches in Tokyo on Sept. 17, 2021, with the other three candidates contesting the LDP's presidential election. The election to choose the successor to Prime Minister Yoshihide Suga is scheduled for Sept. 29. (Kyodo) ==Kyodo

Liberal Democratic Party lawmaker Seiko Noda on Friday called for a reinvestigation into the controversial issue of document tampering at the Finance Ministry related to favoritism allegations against then Prime Minister Shinzo Abe.

The scandal over a dubious land transaction with Moritomo Gakuen, a private school operator with ties to Abe's wife Akie, "should never have happened, and many people are not convinced yet," Noda said at a joint press conference with three other candidates for the Sept. 29 LDP presidential election to choose the successor to Prime Minister Yoshihide Suga.

"In order to prevent it from happening again, there is a need for (further) investigation," Noda said.

Earlier Friday, Noda, executive acting secretary general of the LDP, said that if she were elected leader of the LDP, she would set up a team in the party to look into the scandal -- a development that would deal a blow to Abe, a former LDP president and Japan's longest-serving prime minister.

The three other contenders, however, did not want to reopen the investigation, with vaccination minister Taro Kono saying, "There is no need for a reinvestigation."

But Kono said the government must squarely face "the pain of those involved," in reference to the family of Toshio Akagi, an employee of the Kinki Local Finance Bureau in Osaka who killed himself in March 2018 after being allegedly ordered to alter the documents.

Opposition parties and Akagi's wife have been pushing for a full investigation into the scandal over the sale of state-owned land in Osaka Prefecture to Moritomo Gakuen at a considerable discount.

In Friday's press conference, Sanae Takaichi, a former minister of internal affairs and communications and an Abe ally, declined to comment on the matter, citing the fact that the case is being handled in a court.

Fumio Kishida, a former LDP policy chief, said he will thoroughly explain the case to the public if they are not fully convinced.

In a report released in June 2018, the ministry admitted that then National Tax Agency chief Nobuhisa Sagawa had made officials falsify and delete parts of the documents related to Abe's wife but did not refer to her husband's possible influence on the document alteration.