The postcard-sized sketches were created by Hokusai (1760-1849) in the 1820s to 1840s and were intended to become woodblock prints for a visual encyclopedia titled "The Great Picture Book of Everything," which covered topics from the natural world to Buddhist lore and life in ancient India and China.

According to the museum, the volume was never published and the so-called "block-ready" drawings, or "hanashita-e," were preserved in their original form. 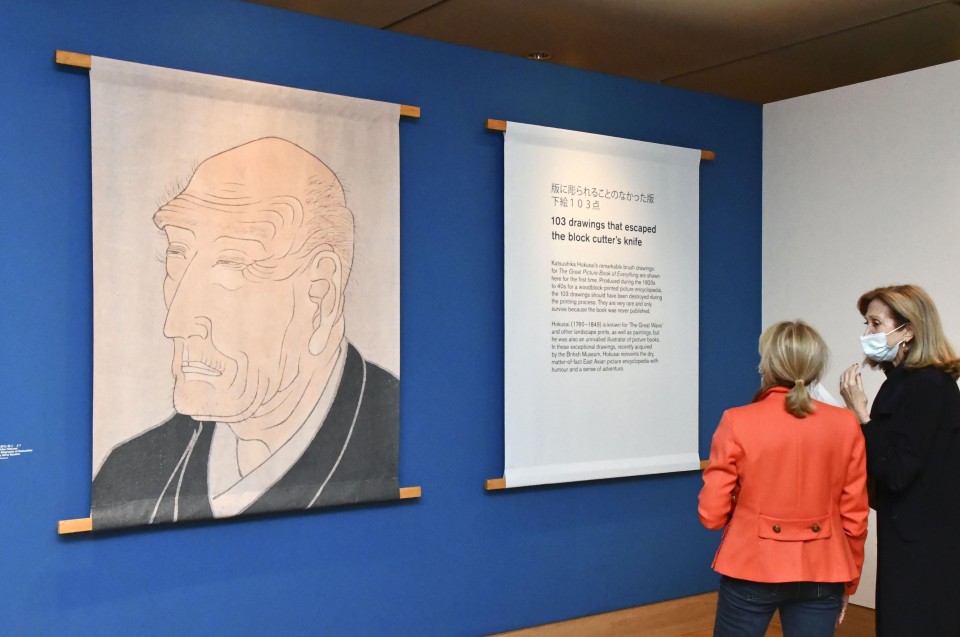 At an advance viewing of the exhibit, curator Alfred Haft explained the chance discovery and expert investigation that brought the sketches to public view some 200 years after their creation.

Haft told Kyodo News that the sketches resurfaced at a small auction in Paris in 2019 attributed to a different artist.

Suspecting the drawings to be Hokusai's work, art dealer Israel Goldman approached the museum's Hokusai specialists and "after consultation with experts worldwide, it was confirmed they were by Hokusai," he said. 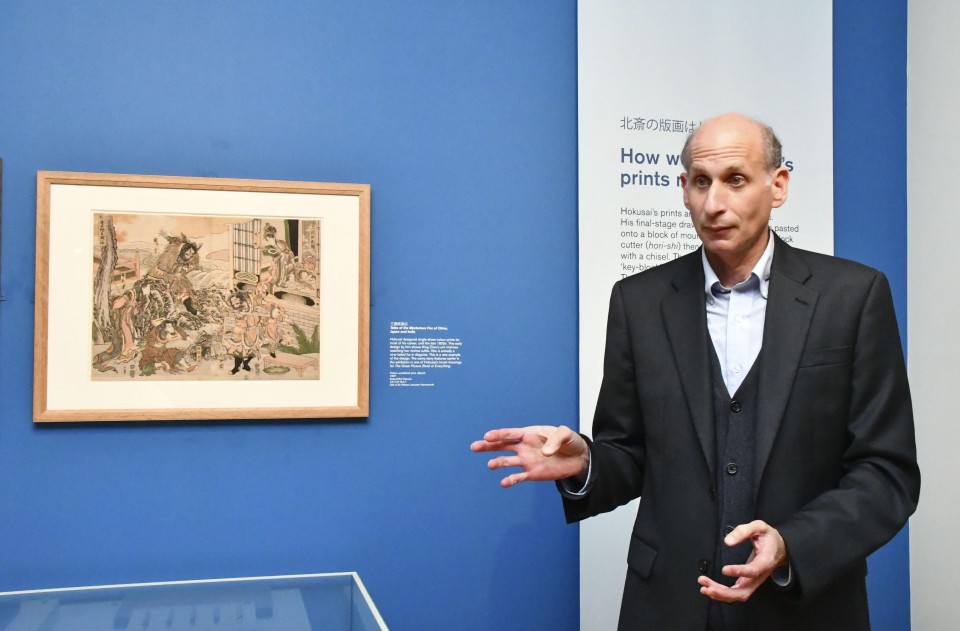 Curator Alfred Haft talks about a sketch by Japanese ukiyo-e artist Katsushika Hokusai at London's British Museum on Sept. 28, 2021, one day before an exhibition showing 103 publicly unseen sketches by Hokusai will open at the museum. (Kyodo)

The curator shared his delight at the works finally being displayed to the public, with the exhibit having been postponed due to the coronavirus lockdown.

"Hokusai was always reinventing himself as an artist and we are happy to be able to share in this as a discovery and a reopening of knowledge about Japan and Hokusai's life."

According to Haft, Hokusai represented the wide range of subjects in his sketches "with equal facility and interest...he seems to be interested in everything". 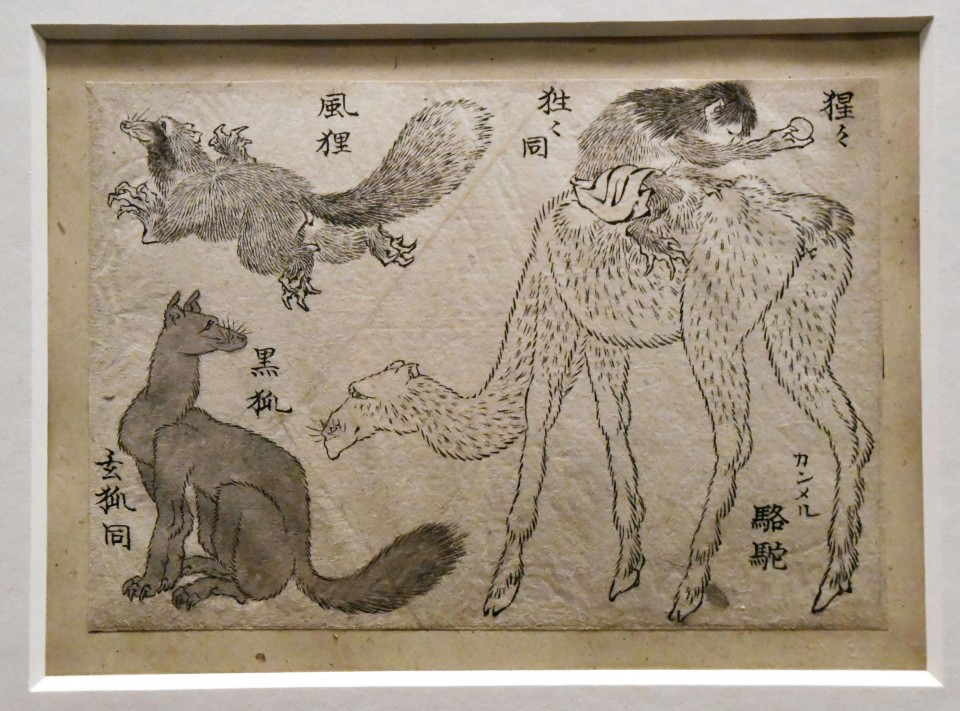 Photo shows a sketch by Japanese ukiyo-e artist Katsushika Hokusai at London's British Museum on Sept. 28, 2021, one day before an exhibition showing 103 publicly unseen sketches by Hokusai will open at the museum. (Kyodo)

Haft cited as a highlight an image of Taoist master Zhou Sheng ascending to the moon. "(It's) a fantastic story of aspiration and achieving the impossible, which is what Hokusai did," referring to the artist's ambition to create a record of "everything" for the unpublished encyclopedia project.

The exhibit will run through Jan. 30, 2022. Digitized versions of the sketches are also available to view via the British Museum's online gallery.