Japan's major universities including those with close ties with China are moving to tighten background checks on foreign students seeking to study civil-military technologies, a Kyodo News survey found Thursday.

Their efforts to keep sensitive information from being transferred out of Japan comes after the government of Prime Minister Yoshihide Suga announced a plan in June to tighten control on exports of technologies that can be used for military purposes, requiring students under strong influence of foreign governments to gain the industry ministry's approval for working on such research. 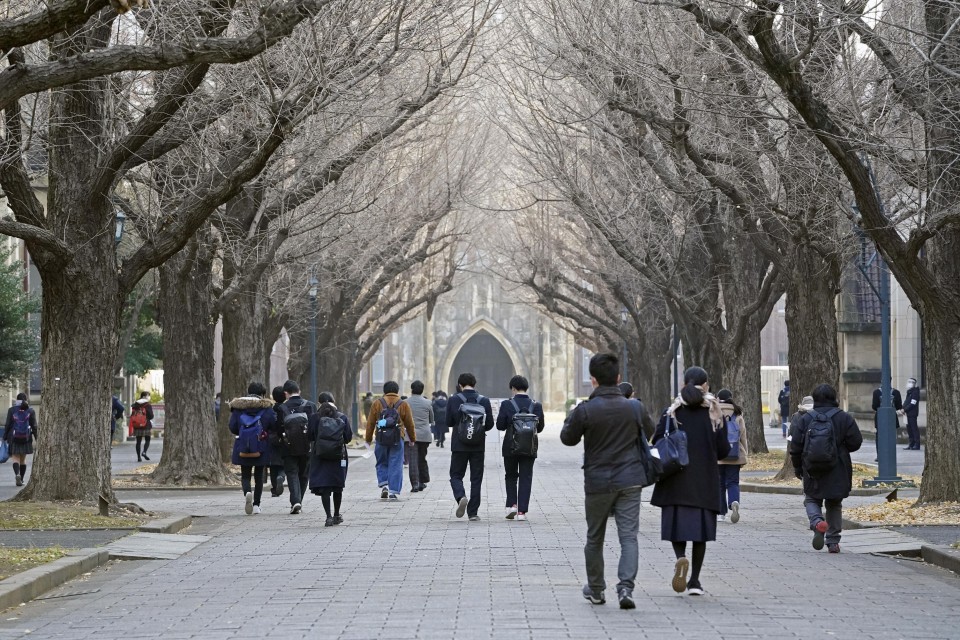 Photo taken on Feb. 25, 2018, shows students walking to the venue of entrance exams at the University of Tokyo. (Kyodo)

The survey collected responses from 56 universities including those having student exchange agreements with Chinese universities known as the "Seven Sons of National Defense" which have close links to China's defense industry.

Of the surveyed schools, 31 said they have tightened student background checks or are planning to do so.

They have started to check with schools about which foreign students have attended and the companies they have worked for. Some universities ask students whether they wish to find a military-related job, while others request details about research funding students receive.

Previously, many schools only asked about the last schools students attended.

As of May last year, there were some 280,000 foreign students in Japan, with those from China accounting for over 40 percent.

Japan currently does not have strict rules on research by foreign students and researchers on so-called dual-use technologies with military applications such as artificial intelligence.