The following is the gist of agreements reached during Friday's meeting between the leaders of the United States, Japan, Australia and India, a group of countries collectively called the Quad. 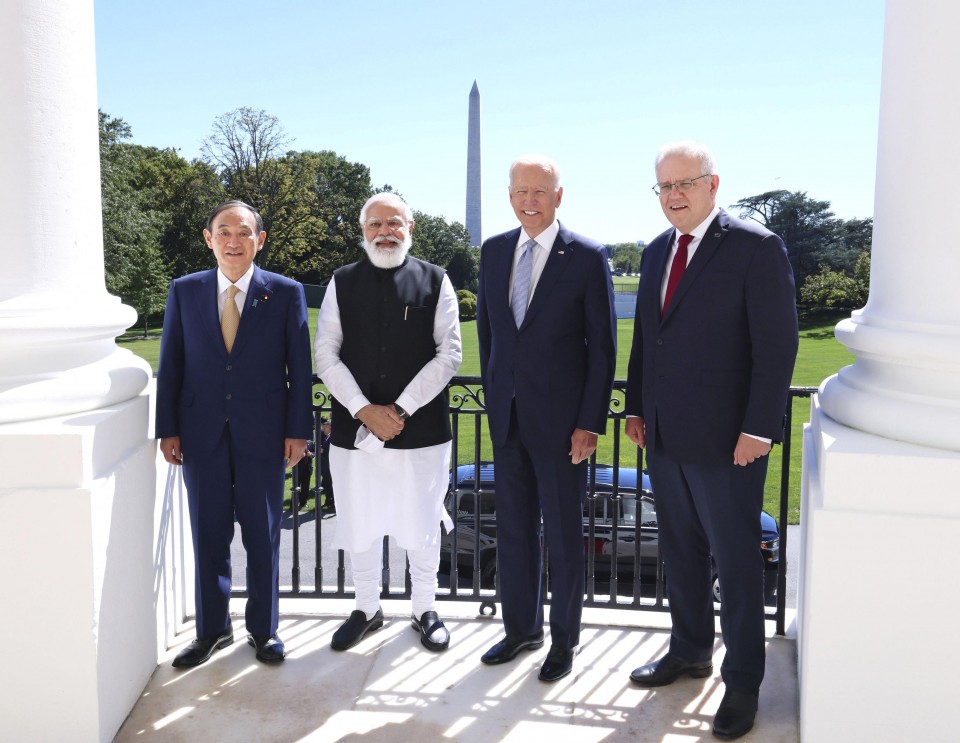 -- agrees to hold a meeting of its leaders annually.

-- will meet challenges to rules-based order in the East, South China seas.

-- will begin cooperation in space, including sharing satellite data.

-- calls North Korea to engage in dialogue for denuclearization.