Shohei Ohtani will pitch against the Seattle Mariners this weekend, the Los Angeles Angels said Wednesday, giving him another opportunity to earn his 10th win of the season and achieve a feat not seen in 103 years.

If Ohtani, who on Tuesday hit his 45th homer of the season, gets a starting win over the Mariners at Angel Stadium on Sunday, he will be the first player in either the American or National leagues since Babe Ruth in 1918 to record double-digit wins and home runs in a single season. 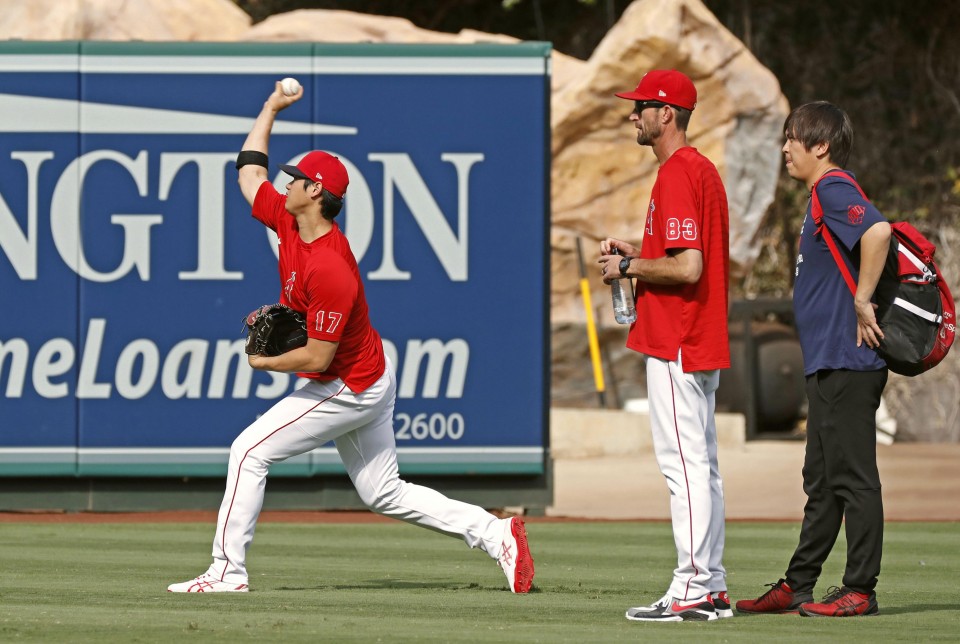 Ohtani is 9-2 with a 3.28 ERA in 22 starts this season. He is also just one homer behind the major league leaders, Vladimir Guerrero Jr. of the Toronto Blue Jays and Salvador Perez of the Kansas City Royals.

Ohtani was selected to the All-Star game as a pitcher and hitter, and Angels manager Joe Maddon sees the 27-year-old as an easy choice for the American League's MVP award. 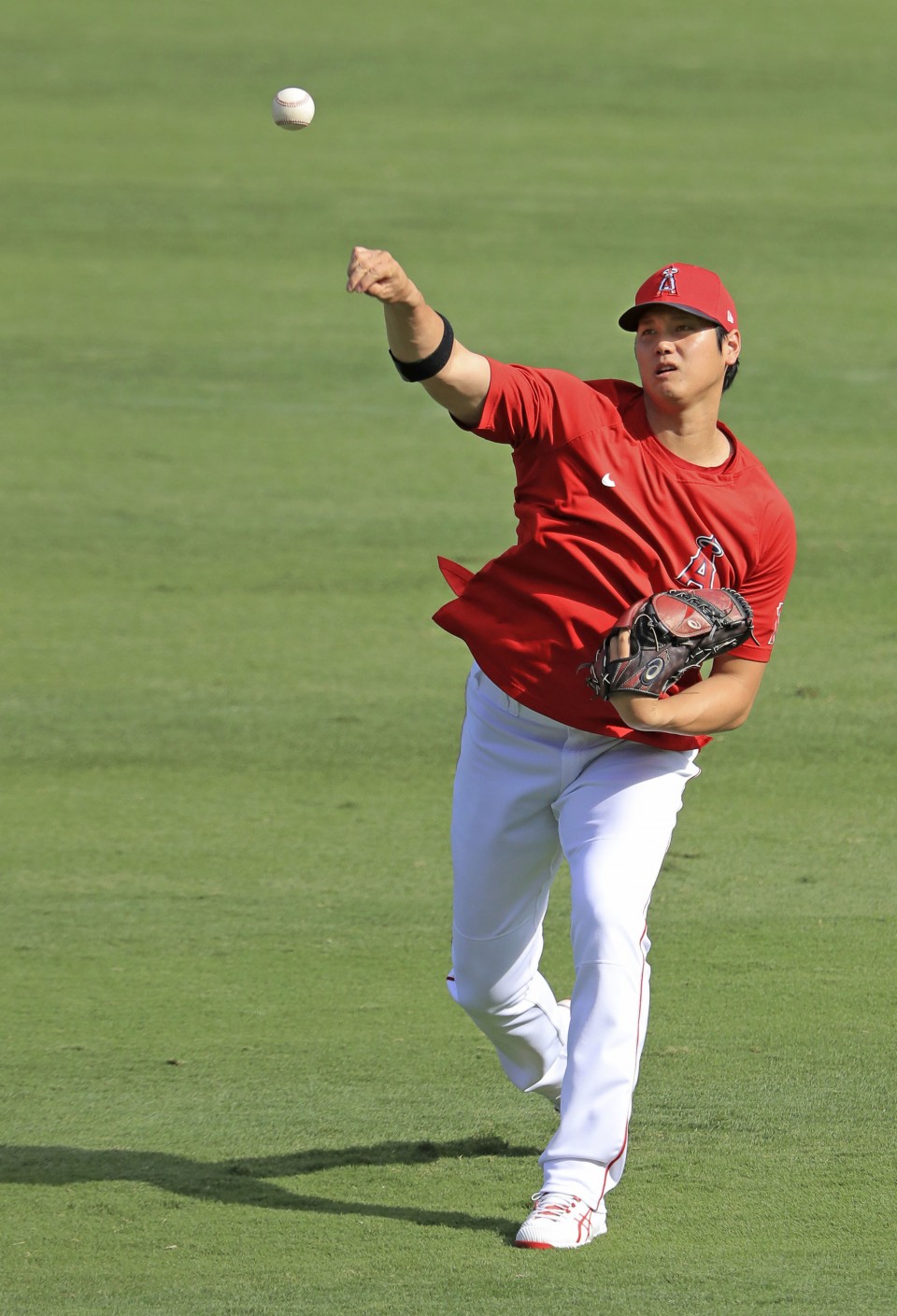 Shohei Ohtani of the Los Angeles Angels plays catch prior to a game against the Houston Astros on Sept. 22, 2021, at Angel Stadium in Anaheim, California. (Kyodo) ==Kyodo

His MVP candidacy appeared to suffer a setback when Maddon indicated the Japanese might not pitch again this season because of a sore right arm, but days later he was back on the mound, pitching eight innings in a 3-2 loss to the Oakland Athletics on Sunday.

Ohtani is 2-0 with a 3.00 ERA in two career starts against the Mariners. The last time he faced them, on June 4 this year, he grabbed the win after a six-inning, two-run start.

If he fails to get his 10th win of the season on Sunday, the Angels have six games remaining in the season for him to do so. The team has been eliminated from postseason contention.

It is unknown whether Ohtani will get another chance to start after that, with MLB.com speculating he may get the call for the season finale.

On Wednesday, Ohtani was walked four times, twice intentionally, in the Angels' 9-5 12-inning loss to the Houston Astros.