Preparing to enter the NBA season on a full contract for the first time, Toronto Raptors forward Yuta Watanabe said Monday he is still battling for survival in the world's toughest basketball league.

The Japanese national team star played most of his first three NBA seasons on two-way contracts, with the Memphis Grizzlies and then the Raptors, which split his time between the NBA and the minor league. 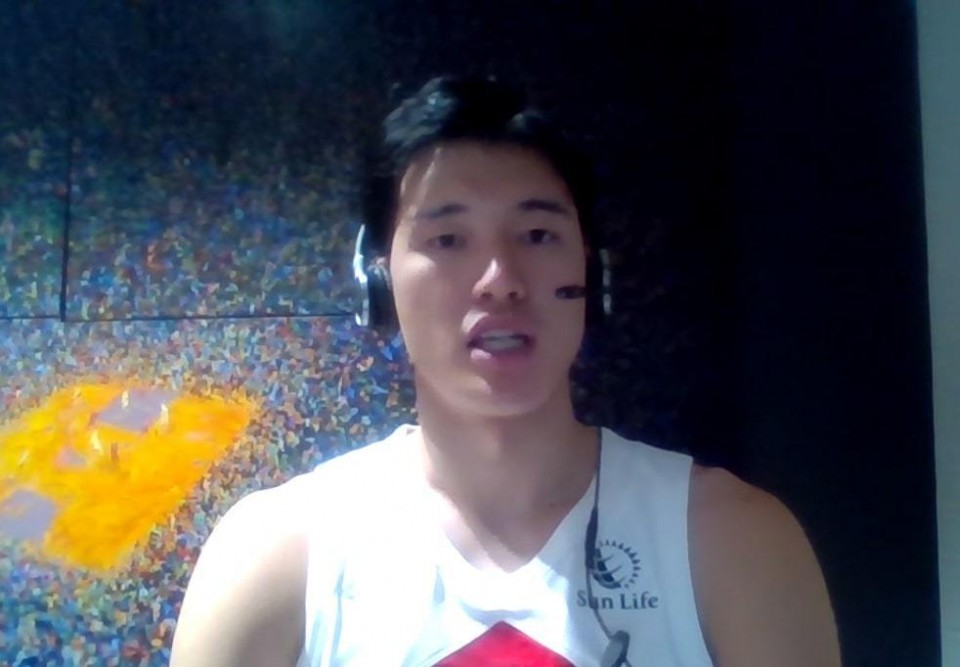 Toronto acknowledged Watanabe's progress by upgrading him to a standard NBA contract in April, midway through his first season with the team, but the Kagawa Prefecture native said he must continue improving to cement a spot on the roster.

"Unless you always feel like you're on the edge, you won't last in this league," the 26-year-old Watanabe said.

The 206-centimeter forward averaged 4.4 points, 3.2 rebounds and a career-best 40 percent from the three-point line in 50 games for the Raptors, who spent last season based in Tampa, Florida, due to travel restrictions stemming from the coronavirus pandemic.

The 2019 NBA champions will resume playing in Toronto this season, aiming for a return to the playoffs following a 12th-place finish in the Eastern Conference in the 2020-2021 season.

While Watanabe remains focused on defense, he hopes to make a bigger offensive impact for Toronto, which faces uncertainty due to the departure of veteran leader Kyle Lowry, along with a late start to the season for All-Star Pascal Siakam following shoulder surgery.

"Like last season, I want to be defensively oriented, while making sure I hit my open shots and getting more involved on offense," Watanabe said.

The Raptors are scheduled to open the 2021-2022 NBA season at home against Watanabe's Japan teammate Rui Hachimura and the Washington Wizards on Oct. 20.

The Wizards said Saturday that Hachimura will miss the start of training camp due to personal reasons.